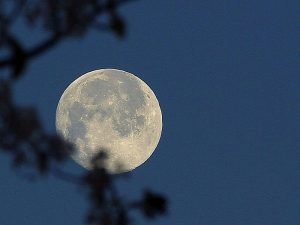 When I was a little boy I loved watching the stars and dreaming. Then I grew up and, for a short period of time, lost the awesome wonder of the universe. Truth is I lost sight of the big picture for a better view of the small picture.

In the early years of my marriage we forwent cable television. The local free channels were enough entertainment for us. Even after children entered the scene the TV remained free. Massive wealth later caused me a moment of insanity where cable TV entered my home; a decade later it was gone.

An addiction to football* grew in me as I got older. In my defense the football game was nothing more than background noise as I worked around the house, garage or barn. But addictions have a habit of taking over a person’s life. Soon I was watching several games on Sunday and college ball on Saturday. And don’t forget the Monday and Thursday night games. If they had a Tuesday at two in the morning game I am sure I would have tuned in.

Then I took the first step; I admitted I had a problem (not to mention how sick and tired I was of commercials). Where I live out in the boondocks cable is called DirecTV. After a decade of insane television watching I pulled the plug and cancelled the DirecTV subscription and watched my net worth jump $1,000 a year. Anticipating pushback from the wildlife in my home I suggested we put DirecTV on hold for six months as an experiment. Two months in the kids were the first to say they did not care if cable ever came back. They preferred the internet anyway. The nightmare had ended.

I had my life back. As a matter of confession I do have Netflix. Network television is something I don’t watch due to an allergic reaction to bullshit, I mean, commercials. Once I ended TV in my life some wonderful things happened. Everything looked brighter. By ending the litany of garbage from the glass teat** I was able to think better on my own and enjoy each day more. Without network television I have not watched a football game in forever and don’t know and don’t care who is playing. Commercials, also known as mind control, no longer affect me since I am not seeing them.

Something else magical happened. One August night I decided to watch the Perseid meteor shower. I tossed a blanket on the lawn and enjoyed a night like I had not had since I was a little boy. Then something that could only happen on such a magical night happened; my oldest daughter wandered outside to check up on dear ‘ol dad. She sat down beside me on the blanket and asked me what I was watching. I said Caveman TV. She busted up laughing and the term stuck. My daughter, my baby, fell in love with the universe at large that night. Tears poured from my eyes as I thought of the words to Cats in the Cradle.

During the summer months we have a fire pit at night when the wind is calm. Caveman TV is eagerly anticipated by certain members of the family as the sun sinks below the horizon. I wish I could convey in words what we see, but you need a reference point to understand. Either you have seen Caveman TV or you have no reference points to understand Caveman TV. It is like listening to people talk about the Packers when you don’t have a clue about any of the players.

Let me share what we see anyway. Sometimes we lay on a blanket, other times we sit in lawn chairs as we gaze at the massive big screen TV we call the night sky. Countless meteors have surprised us with a glistening trail of brilliant light and a rare fireball is table talk for weeks. One of our favorite pastimes is watching a circumpolar satellite*** trace silently across the sky. As our eyes adjust to the darkness the stars sharpen and dim stars appear for the first time. The Pleiades, or Seven Sisters, is now a mesmerizing feature of the heavens.

There is something about the crisp nighttime air and the critters of the evening. Crickets are soothing as bats dart through the air keeping the mosquitoes in check. There! Out of the corner of the eye, a meteor etches a laser cut burning into the retina of the eye. An unannounced meteor shower makes its presence. The crickets keep singing their tune as a faint strobing light slowly makes its way across the sky. The plot lines are countless as the soap opera unfolds on today’s edition of Caveman TV.

The Leonid meteor shower in November is a hit or miss event. The colder weather in northeast Wisconsin coupled with the cloudiest month of the year sometimes disrupts the signal from classic Caveman TV. Winter is colder, of course, and we spend less time outside late at night, but we take the longer nighttime hours to watch Orion race from east to west. The hunter never seems to catch his elusive prey. Like most classical Greek, the storyline is filled with adventure and hope. 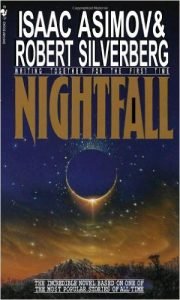 I could preach about the negative effects commercial TV and radio have on you. You already know advertising manipulates you into spending money you should be investing. You also know advertising works or the advertisers would soon go out of business. My conscious choice was to remove commercial media from my life. The radio in the barn is tuned to public radio; steers and chickens don’t like commercials either. I only watch Netflix on the glass teat now and read and write or work around the house while it plays. I have turned into a terrible television watcher.

Money was not the motivating factor in dumping cable, network TV and commercial radio; freedom was. Spending hours a day planted on the couch watching the same commercials ad nauseam did not give me what I wanted. I found a better way and hope you will join me. Sure, I still see commercials when visiting family or at the gym. (They have TVs everywhere in the gym!) I read a lot and even your favorite blog from a certain wealthy accountant has ads on the page. (Man has to eat!) I am not against advertising. I am against this splatter shot approach of ‘in your face’ promotion. Relevant ads are okay with me. Ads to help me cut costs or educate me on things I am interested in are okay. But if I see another ad asking me to talk to my doctor the promoter is going to need a doctor.

A massive world exists out there (Oh wonder! /How many goodly creatures are there here! /How beauteous mankind is! O brave new world, /That hath such people in ’t!). Discover the world our grandparents knew when the night sky was alive and the distraction of the Idiot Box did not call. Teach your children of the brave new world, filled with beauteous people, and wonders.

* The Green Bay Packers rank higher than God in these parts. Don’t believe it? Check how many people watch the game versus how many went to church. I rest my case.

** The glass teat (for the younger people in the group) is from the days when televisions had a glass bubble for a screen. The protruding glass screen fed us our daily dose of mind control, hence, the glass teat. (Gawd! I feel old explaining that.)

** I know there is no such thing as a circumpolar satellite. There are no satellites circling either of the poles. There are circumpolar constellations however. In the context of the story, the satellite travels from south to straight north. We might be confusing the International Space Station for a satellite periodically. It is still good Caveman TV.

[…] and other commercial free forms of entertainment are good choices. Also consider Caveman TV. The library and books are also good ways to pass time in a fun and productive way without constant […]

My Allergic Reaction to Commercial Media

[…] is another world out there. When is the last time you watched the heavens? The night sky is an awesome place. Spend time with your significant other and children reading the […]

The Best Conference on Money | The Wealthy Accountant

[…] value and get virtually no traffic. An example of a really old post that doesn’t resonate is Caveman TV. It was a fun story on how I raised my kids in the backwoods of Nowhere, Wisconsin with limited […]

My favorite thing about not having cable: I could not tell you if you paid me whether or not it's election season.

I grew up in Ashwaubenon and am also an addict (non-recovering, but only for the Pack). Thank God they've been good my entire adult life, as the 3 days of depression post loss is annoying. Great post - I periodically remember that I have forgotten to watch the sky for some time; and it's then I remember camping as a kid, and nights at the cottage now with my kids. Those really dark skies, paradoxically so much brighter with stars, match my innocent youth with my ideal "adult" when I'm astute enough to pay attention. Thank you for the reminder.