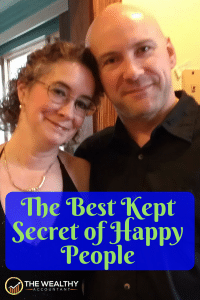 The day is April 2nd, a Thursday. A small bar attached to a bowling alley next to the college has Happy Hour until 7 p.m. A young man who would someday be known as the Wealthy Accountant attended Macro-Economics at the college across the way. Class was held on Tuesday and Thursday from 5 p.m. to 7 p.m. A group of students, led by the junior wealthy accountant, ambushed the professor, convincing him to cut breaks short and end class at 6:50 so the group could race to the bar called The Image before Happy Hour ended. It was important to the students to make Happy Hour. The Image had free tacos if you bought a drink and a full meal for the price of one soda was one heck of a deal.

Our junior wealthy accountant had his own home at this time and spent his days reading library books. Years before he was engaged to be married and found his fiancé in bed with another man. He withdrew from life knowing how important it was to find the right woman to share his life with. He wanted someone in his life, but had given up hope there was “the right” woman out there for him. So he kept reading all day, attended a few college classes and enjoying life as it was.

A demure young woman ran a daycare out her parent’s home. Her fiancé attended college at a campus on the other side of the state. He informed our demure young woman he found someone else; the wedding was off. She withdrew from life, spending her days taking care of children. By now she was working for a larger daycare center so her parents could have their home back.

Our demure young woman had a sister-in-law that felt it was unhealthy for our heroine to spend so much time at home alone. After adequate harassing she agreed to go out for a drink at The Image. The day was April 2nd. It was 29 years ago.

Our junior wealthy accountant was not demure. After washing down a plate of free tacos with a glass of Sprite he noticed a quiet young woman sitting with a friend next to the dance floor. It was a Thursday night so the crowd was thin. He approached the young woman and asked for a dance. She accepted. After the dance he asked the young woman her name; she refused to answer. The accountant was unable to secure the young woman’s name, address or phone number. There was only one chance. “Can I see you here next Friday?” All she did was nod.

The next Friday our hero waited anxiously at The Image praying the young woman would return. When she walked in his heart stopped. They danced and then left the bar for a table in the bowling alley where you could hear a person talk. It did not take long for our couple to discover they had a lot in common. One year and six days after their first meeting they were married. They are celebrating 28 years of marriage this week; they have been married to each other longer than they have not been.

What makes a person happy? What traits do wealthy people have in common? Is there commonality between happy people, wealthy people and early retirees? The answers are so simple most people miss them.

Bill Gates recently revealed in an interview, marrying his wife, Melinda, is the single greatest decision he made in his life. I understand what he means one-hundred percent. Marrying Sue has been the single greatest thing I ever did. No amount of money could ever replace what my relationship to that demure young woman has brought me.

Happy people, early retirees and wealthy people do have a common thread running through them. Millionaires, according to The Millionaire Mind, by Thomas J. Stanley , tend to be married for a long period of time, tend to live in the same house forever (see Warren Buffet) and are frugal even after they achieve massive amounts of financial wealth. It seems wealthy people are happy for reasons other than money. 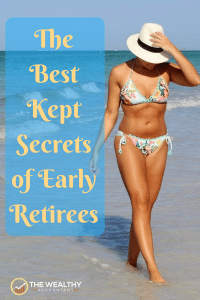 Keith’s Rule # 9: Money cannot make you happy, but it can make you miserable.

I love the story of the wealthy businessman who loved his wife so much he transferred a significant amount of his wealth into his wife’s name. He had his attorneys write up all the paperwork. He wanted the love of his life taken care of no matter what happened to him. Once the transfer was complete he told his wife what he had done. His wife smiles and says, “That is nice, dear,” as she continues clipping coupons at the kitchen table. The money meant little to her; she had her wealth sitting across the table from her.

Okay, Bill Gates tells us his best decision in life was marrying his wife; Warren Buffet has lived in the same home for decades. So is that the secret? Marry the right person and live in one home forever? These things can make you happy, but it does not satisfy the wealthy part or early retiring part. Happiness is the most important of the three so I think we have a trait or two happy people seem to possess in higher levels than the population at large. Now we need to dig further to find the best kept secret of all three types of people: the happy, the wealthy and the early retiree.

Keith’s Rule # 10: Be happy with what you have; it could be a whole lot less.

Desire, lust, coveting and ego are acid to happiness and wealth. Wanting something is one thing, but to always want more, to never be satiated, is the perfect prescription for unhappiness and poverty. Well-adjusted happy people tend to put up a hand and say, “Enough for me.” Happiness comes from inside not from out there. No amount of stuff will ever fill the void. I know a demure young woman that filled a void I had. I was never foolish enough to think money or stuff would do it for me. Good thing. If I did I would not be celebrating 28 years this week. 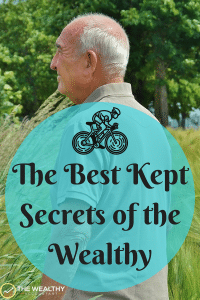 The secret is frugality. Think of it. People get divorced because they fall out of love or some other crazy reason. There are valid reasons to divorce, but those reasons apply to a very small percent of marriages. Frugal people are happy with what they have, including their significant other. If you are never satisfied with what you have you will eventually want a new person in your bed, too.

Several years back I had a personal trainer help me rehabilitate a bicep I blew out while butchering chickens. After a while she started saying rude things about Mrs. Accountant and suggestive things to me. It did not take long to find a different personal trainer. It ended badly for her. Her fiancé (ring and wedding dress already purchased) found out she was playing the field (she was sleeping with the assistant manager of the gym) and promptly ended the engagement. Do you think she found happiness? Now she is marrying the boss, but deep down inside all parties know she is willing to exchange men in her life at the drop of a hat. Until she is happy with what she has she will always be miserable and in fear of being found out.

Happy people do not need more stuff; wealthy people are wealthy because they realize they already have enough; and early retirees achieved their goals by saving first and spending only a fraction of their income. I encourage my clients to save 50% of their gross income. They usually give me a look. I am more the Crazy Accountant to them than the Wealthy Accountant. It is a truism that frugality will get you through almost any challenge you face in life. Desire for stuff leads to debt and debt is a terrible taskmaster to have.

Here are a few guidelines for a life of happiness, wealth and even early retirement if that is your goal:

Side Hustle Selling tradelines yields a high return compared to time invested, as much as $1,000 per hour. The tradeline company I use is Tradeline Supply Company. Let Darren know you are from The Wealthy Accountant. Call 888-844-8910, email Darren@TradelineSupply.com or read my review.

Absolutely love this! So spot on!

[…] Don’t tell me about easy. There was no easy in that moment. Looking back it seems foreordained. It was anything but! My nest egg was hit hard by startup expenses. The ships were burned. I HAD to move forward. My wife counted on me. To say I was nervous and worried would be an understatement. […]

How to Retire Happy with Lots of Money

[…] The most viewed post of this blog was published years ago in April of 2016. In that post I share how I met Mrs. Accountant and how our relationship grew. I concluded the best way to have a rich, happy life (the best kept secret of early retirees, the wealthy and happy people) was to have a nurturing relationship with the one you love for life. In other words, I stayed married for over 30 years now (to the same woman, if I need to point that out!). This one fact is largely responsible for my level of wealth, happiness and contentment with life. (Every morning I wake and feel stunned by level of awesomeness my life has been. That same moment every morning I realize the relationship with the woman sleeping next to me is the most valuable asset I have.) […]

Thanks so much for sharing your personal story, Keith! There's so much truth in here about finding the right partner and cultivating the right mindset.

On an interesting note, while Warren Buffett remained married a long time (til Susan died), they lived apart and he had another woman living with him for most of this time. And from all accounts, it worked well for all three of them. So I guess he found two happy life partners; maybe that's the secret to his success? ;) But for lesser men, it's more like a fast way to a broken heart (and empty wallet!)

That is the one part of Buffett's story I fail to grasp. As long as it worked for him it's okay with me. But I still don't understand.

I enjoyed your personal story, and agree wholeheartedly with your message! The right person is the most essential ingredient for a satisfying and rich life. We are so lucky with what we have right now.