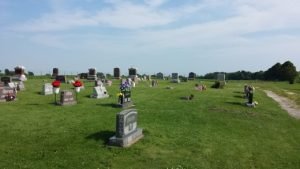 There are critical times in the course of life when financial independence is at risk of destruction. A lifetime of planning, saving, and investing can go up in smoke in a few short years without an adequate plan to protect the most vulnerable member of a marriage (or any relationship, for that matter) after the death of a spouse or loved one. The trauma and grief after a loved one dies is acute. Deep pain and emptiness creates risks for the surviving spouse. Well intentioned, and lonely, people will try to connect with the bereaved. A couple committed to a lifetime of financial discipline will acquire a massive nest egg of retirement wealth. The surviving spouse is a prime target, a highly desired, person for this reason. Even people with honorable intentions can wreck havoc on the surviving spouse’s finances.

One of the saddest moments in the Wealthy Accountant’s office is when a client dies. An elderly person dying is painful, but understandable. The deepest wounds come from clients who die at a young age. Today we will focus on people in long-term relationships, living a frugal lifestyle, and have attained financial independence. I will introduce you to a client who lost his wife at a relatively young age. His grief was only the beginning of his pain. Then I will offer some ideas to prevent the same damage happening to you or your loved ones when you face the same situation.

As the years add up I have started to wonder if Mrs. Accountant will leave this world before me. I always say, “Dying is the easy part; we all do it right the first time. It’s the living that is hard.” I refuse to worry about it because there is nothing I can do about the future. What I can do is plan. With an adequate plan I can manage if Mrs. Accountant dies before me and by working with Mrs. Accountant now I can help her build tools to survive the trauma of my death before hers. 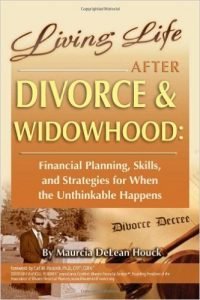 Survivors need my attention. There is no 100% guaranteed way to protect loved ones after you are gone. There are steps you can take to increase the chances your loved ones will be okay financially after you die. The best way to start this discussion is with an example from a client. Let me introduce you to Ben and Lou (not their real names).

Ben and Lou walked into my office decades ago. Lou managed the money in the household. Ben was a laid back husband living life one day at a time. Back in the 1960s Lou worked for the Zwicker knitting mills in town. Back then they had a program where you could take money from your paycheck and buy U.S. savings bonds. Lou did just that. Every week she took a modest amount from her paycheck and bought savings bonds. Ben and Lou also added to their retirement savings over the years in addition to the bonds.

Lou never invested optimally. She proved to me saving is more important than hitting a home run in your portfolio. She never owned a mutual fund in her life. Her money was in savings bonds, CDs, and fixed annuities. She did have the advantage of the high interest rate environment of the 1970s. Still, she managed to pay off the mortgage while building over $400,000 in liquid funds. Ben and Lou also had pension plans provided by their employers. The knitting mills went bust in the 80s, leaving Lou with a significantly reduced pension.

Ben and Lou stick out in my mind because Lou had a unique way of presenting her tax information to me. It was easy for me to understand and helped facilitate a fast and accurate tax preparation. Every year I looked forward to meeting with Ben and Lou. 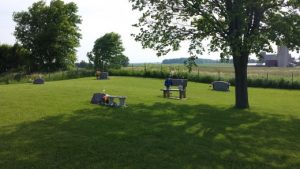 They retired at a relatively young age, but not exceptionally so. By age 60 Ben and Lou were living the good life. It did not take long for disaster to strike. A few years into their 60s the news came Lou had fallen and was taken to the hospital. She had a stroke and did not survive. Ben was distraught and lost. He had no idea what to do with his life. He was alone. Money issues were now his to manage. His entire life he avoided dealing with money; Lou took care of that. I worked with Ben and his financial advisor to help him make good decisions on his finances. Then the second disaster struck.

Loneliness causes smart people to do really dumb things. Ben was alone in this world and lost without Lou when a widow befriended him. She lacked Lou’s skills with money. Soon a relationship started and the new woman was helping herself to Ben’s money. Let me make this clear, she was not stealing Ben’s money. But she encouraged Ben to ramp up his spending.

Ben married his new sweetie shortly thereafter.  Now in control, the new wife really turned on the spending. The financial advisor contacted me. He was concerned about how fast Ben and his new wife were burning though their cash. I was shocked to learn the new wife ramped Ben’s spending to $180,000 per year. Yikes! Ben was too distraught to listen. He trusted his new wife would take care of things like Lou had. It was not to be. In just over two years the money was all gone and they went back to living on Social Security and a small pension Ben received. Even the personal residence was sold to cover spending. They live in a small apartment now.

It breaks my heart to tell this story. Ben and Lou are awesome people; my opinion of the new wife is less flattering. She refused to listen to the financial advisor or me. She eventually convinced Ben to change accountants because she did not like my advice and I raised my prep fee $5 one year to a whopping $110. Let me repeat that: She was spending $180,000 a year like a crazy woman and felt $5 was too much extra to pay for sound financial advice.

Lou was great at saving and keeping the household spending reasonable. She never invested; she only saved. Lou never talked about money with Ben. She just took care of it and everyone was happy. Money was not an issue. Until Lou died.

It did not have to be this way. Steps could, and should, have been taken to protect Ben from himself and from a future partner with limited money skills. Here are some of my recommendations to clients:

Talking about money with a loved one is necessary. Talking about death is also important. The odds favor one spouse dying before the other unless a plane crash or auto accident takes both out at once. Someone in the relationship will live without their soul mate at some point. Gold diggers are everywhere waiting for an opportunity to get a free ride. Discuss the issues now. 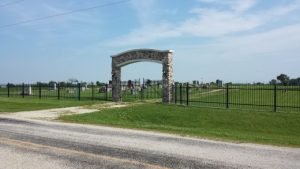 You need to engage in the same planning. Legal instruments like trusts can help protect family members. Planning together and talking openly and honestly also helps. After that you can rest assured you did all you could. Now go out and enjoy your relationship. It does not last forever.