From an early age I practiced picking out conversations from a crowd. It’s a neat little trick for a business owner to have. When you think I cannot hear you I may actually be listening closely. Conversation in a crowded room takes skill with multiple conversations amped in volume so you can be heard over the cacophony. Picking out a select voice from across the room takes a lot of practice.

At a recent social event I put my talent to good use. The trick is to focus on only one voice. Focus is the key. I move from voice to voice, focusing on the words until I find one I find interesting. I do all this while talking with my friends.

You would be amazed at what people say in a crowded room when they assume only their little group is listening. On this particular event I honed in on a man talking about people he does not trust. I found this interesting so my radar swung into action, focusing on the conversation the two men were having while maintaining an intelligent conversation with my mates.

So I don’t interrupt, I never make eye contact with the people I am focusing on. The man continued, “I don’t trust people who act like they are perfect; they never smoke weed or drink or do anything wrong.” He went on a bit more before changing the subject. The new subject did not interest me, so I moved on. But by now I was mulling what the man had said: He doesn’t trust people who come off as too perfect. 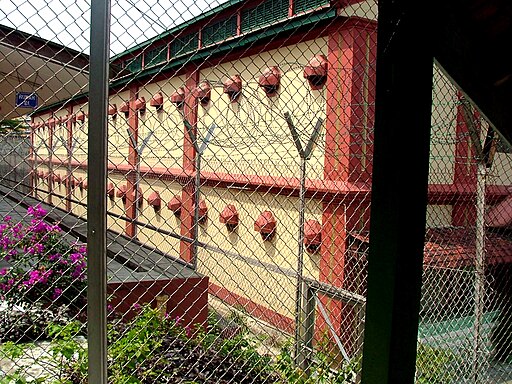 Successful people — interesting, I might also add — tend to push and stretch the rules further than average. Good people test the boundaries. Can you imagine Steve Jobs not pushing the boundaries? We would still be using a rotary phone hanging on the wall if he did. In Walter Isaacson’s biography of Steve Jobs he tells the story of Steve getting pulled over for going 100 mph on the freeway. As soon as Steve was handed the ticket he took off and accelerated back up to 100. For some reason Steve Jobs did not think the rules applied to him.

Rules are meant to be broken. That is why they make rules. When we are told, “You can’t do that!” it is not a restriction, but a challenge.  Business leaders do what is claimed cannot be done: computers have no practical use; you can’t make a cell phone like that; people like you can’t run a hyper-profitable accounting firm and write a blog. Each of us has heard the restrictions placed on us. It is up to us if we want to listen or accept the challenge.

Like the man across the room, I don’t trust people that act holier than thou. The more innocent someone claims to be, the dirtier I know they are. Shakespeare got it right: The lady doth protest too much, methinks. At least I tell people I’m full of shit; no mystery there. I push the envelope whenever possible. How do you think I created several successful businesses and hired numerous people? I had more people saying ‘I can’t do that’ than I have customers.

Look under the hood of any achiever and you will see stretch marks. Boundaries are meant to be broken and the doers of the world know it. The sound barrier was unbreakable until it was. The greatest politicians did what was said to be impossible. Using the United States as an example: Washington created a nation he was told could not survive; Lincoln preserved the same impossible union; Jackson defined federalism in an impossible way (my apologies to Native Americans); and Roosevelt conquered The Great Depression no one knew how to fix and then won a world war against an impossible foe. Can you imagine Churchill in the ‘darkest hour’ of WWII saying, “That’s a wrap, folks. Can’t be done. Might as well quit.”

Early retirement and financial independence are considered impossible by a majority of people. “The dream is dead,” they say. “Can’t be done anymore.” Saving half your income is so radical most people can’t wrap their mind around it. They can’t fathom saving that much money so they think it is impossible. These people are goodie two-shoes. They do nothing wrong: no drinking, smoking or breaking any laws. And they are all full of it. And broke!

You don’t have to drink, smoke, live promiscuously, or flagrantly break the law to amount to something. Personally I would never smoke, including weed; don’t like it. No tattoos on me, either.

If you twist the laws you might think I step over the line now and again. And I drink. Not every day, but often enough. My preference is whisky. Hey! I’m not perfect, but I am successful.

There is a difference between pushing boundaries and integrity, morals and ethics. The trick is to know which boundaries to push. Steve Jobs speeding down the highway thinking the rules do not apply to him is one thing; robbing the liquor store at gunpoint is another. In business I must stretch the rules. For crying out loud, I work in taxes. Do you know how messed up the tax code is? If not, reference this blog post.

Some lines are never crossed. My integrity is sacred. I may use every legal tool to reduce a client’s taxes, but I will never betray Mrs. Accountant’s trust. I am faithful and intend to stay that way.

In business the lines are always pushed. It’s a survival technique. Trying new ideas, redefining a business model, even finding a tax loophole are important characteristics of a successful business owner. Misappropriating (also called stealing) client money is not.

Warren Buffett says he accepts mistakes made by managers, but he will be ruthless if there is a lapse in integrity. I agree. I sometimes do questionable things for the right reasons. Sometimes the things I did were right thing to do, other times not; hindsight is 20/20. These are mistakes only. The goal is always to help others improve or to further a worthwhile business or personal objective. Thinking back, I know I have also made errors in integrity. These are my ‘darkest hour’ moments. Most of us can claim the same. Here is the lesson in life:

Making mistakes do not define you; how you handle the mistake (or lapse of integrity) does.

Pushing the boundary and failing is not the problem; the problem is never trying in the first place.

All economic problems are the result of refusing to push the boundary and grow. Saving the majority of your income and living on modest spending are a major push of the envelope for most. Some great ideas turn out okay even if you are wrong. What is the worst that can happen if you pay off all your high interest debt? Pay off the mortgage? Or max out your retirement accounts? I hate it when I fail that way! 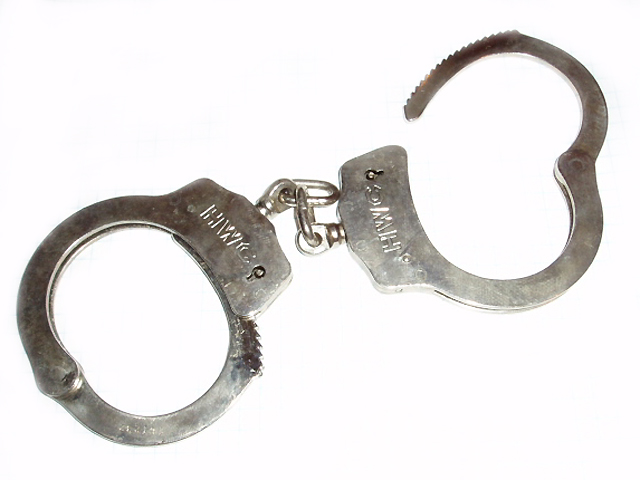 Harvey Silverglate published Three Felonies a Day: How the Feds Target the Innocent in 2009. Silverglate tells multiple stories of how the government intentionally uses vague laws to target innocent people, especially business owners. The book is must-read material. He calculated the average CEO commits three felonies a day without knowing it. Personally, I commit 7 or 8 because I am an over-achiever, but I digress.

Everything is a crime if the laws are twisted. Like the tax code, it is all open to interpretation. The courts define, redefine, and clarify laws daily. Nobody really knows what many of the laws are or what they mean. (It means what I say it means after the fact.)

The goodie two-shoes of the world commit just as many crimes as the normal people do. You are not better than the next guy. I am not encouraging criminal behavior. What I encourage is responsible boundary expansion. Businesses have a fiduciary obligation (in my opinion) to expand society and take risks. Too often we point fingers after the fact when a risk taken fails. We forget risk taking is how we got here. Imagine the first caveman making an excuse against the use of fire to cook dinner.

You are guilty; so am I. Who cares? Is this a Steve Jobs moment or a robbing the liquor store moment? Elon Musk and Jeff Bezos are redefining how our society shops, travels, spends and lives. If they don’t expand the boundaries we will stagnate as a society. (Now that I think about it, it might explain a lot about our current economy.)

Musk recently was accused of not disclosing a death in a Tesla vehicle when the autopilot was on and used incorrectly by the driver. Musk said it was not material; the feds are looking into it. It isn’t material! If the guy crashed while the radio was on and he was checking the radio versus watching the road, it’s not the manufacturer’s fault. (Don’t worry. The government will give Elon Musk the proctology exam he deserves. Don’t want to expand the economy too fast now, do we?)

Gauging by some emails I get, people think saving half your gross income is a crime, too. Early retirement and financial independence is easier than ever today. You can live the life you choose. The police and district attorney will find fault no matter what you do. It is self interest for them. Therefore, you need to expand your horizons and stretch boundaries while maintaining your integrity. Honesty is the determining factor. If you are honest you have maintained your integrity, even if the truth hurts.

My guess is I broke 4, maybe 5, laws writing this post. I am very concerned. I used over half my over-achieving quota before breakfast. Guess I’ll spend the rest of the day as a goodie two-shoes.