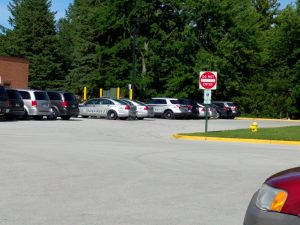 A couple of weeks ago the police started calling. It started with my cell phone which is unusual. Anyone who knows me knows I never answer my cell phone; I actually keep it on mute most of the time. Calls from my phone generally are from my youngest daughter, Mrs. Accountant, or Tabatha at the office. The best way to reach me for business matters is by calling the office and speaking with Karen; for personal matters call Mrs. Accountant. By calling me directly you will not get through. Yes, I write a blog, but I have also weaned myself from most modern instant communication stuff. I think it is unhealthy to be tuned in and turned on non-stop.

The police are a persistent bunch. The officer calling left several messages. It was important. He had to speak with me and only me, but would not indicate what it was about. I ignored the calls; I knew what it was about. Then he moved on to the office and started leaving messages there. I’ve been down this road before. When a police officer calls outside his jurisdiction something is up and it is less than honest. The police from a small town in a different county do not call for “official” business with only a vague “important” message.

The front desk at my office is handled by an employee only a few weeks on the job. She was nervous the police were calling. Like most people, she thinks when the police call you drop everything and prepare your nose for Brownian motion (Google it). I am not most people. She took the message and was concerned. I explained what it was really about and that it was not important.

Finally, the police officer decided to play his only quasi threat card he had. Since he failed to get past my gatekeeper and I refused to play along and return the call, he asked when I got in each morning. He then said he would show up the next day. Now even the newbie got it; police do not travel outside their jurisdiction unless it is for a crime committed in their jurisdiction and if a real crime were committed they would not spend two weeks leaving vague messages. 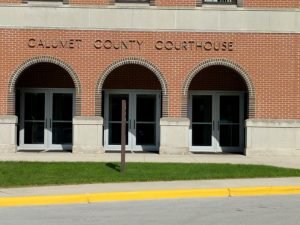 Through these doors is the courtroom Steven Avery was convicted and the subject of a Netflix documentary. I live six miles away.

At this point you might think I have no respect for the police. Not true. The police are a vital part of the community and the community must support the police in their efforts to keep people safe. Several employees were nervous because this police officer was so insistent and I was not taking him seriously. Now the officer was going to show up on our doorstep! Except, it never happened. He never showed up. It was an empty threat just like I said it was.

So what really happened? Why all the calls without mentioning what the calls were about? Why the threat to show up at a business, implying a disruptive atmosphere? There is a small chance it was not even a police officer. Scam artists love to bilk business owners by pretending to be someone important, like a police officer.

The odds are high it was a real police officer and I knew it. One thing you learn when you are in business for decades is that not every call from the police (or any government employee) is important even if they think it is. He kept leaving messages it was important, yet refused to indicate what the important issue was. In poker we call this a tell. When the police have a ‘real’ important matter they show up unannounced or at least say what they are dealing with.

Here is what really happened. The police periodically raise money for their benevolent fund and for special projects dealing with kids or the community. I don’t return the call or respond in any way because I know they want my money and they will say some really heavy-handed shit to get it. It goes in cycles. Once the calls start they pick up for a while until it burns itself out. I ignore them all. Police should never take a heavy-handed approach to get money, regardless how good the cause; it destroys trust with the business community. When I am put into a position where I feel forced or even slightly coerced into donating to a cause I take a pass. I do not trust strong-arm tactics used to raise money. 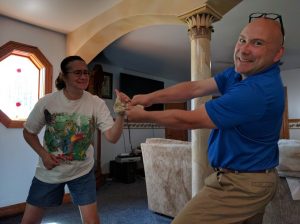 “Yes” Will Cost You

Back in the early days of my career I was an easy mark, as many business owners are, for police fund-raising projects. What I did not know was the consequences of saying ‘yes’. Here is what would happen if I returned the call and contributed to the cause the officer was sponsoring. As an inducement I am promised a business card sized ad in a flyer handed out at the event. Don’t worry; you will get zero business from such a chintzy promotion. What will happen is every fund-raising police department in a 200 mile radius will get a copy and you are first on the list to call. They will bleed you dry if you let them.

Once you get on “the list” you are in a world of hurt. Getting off takes time. The only way to get off “the list” is to stop supporting ALL such requests. Twenty years ago I had to get very rude to back the piranhas, I mean the police, off. They do not take “no” for an answer. It always gets down to implied threats and an attitude if I don’t kiss their ass. Since I don’t care for the taste of shit sandwich I am turned off by their approach.

I knew it was coming. The recent well publicized police shootings were a guarantee “the list” needed to be expanded and I would be a prime target again. I do feel sorry for the officers harmed or killed and their families. Need I remind you they signed up for the job, I didn’t. It is dangerous work. Taxpayers spend plenty helping law enforcement. I would be open to helping financially if I was not made to feel inferior if I didn’t donate. And I do NOT want to be on “the list”! If I give it is because I want to. I do not want a recurring bill I feel obligated to support and harming my personal financial independence.

Not All Cons are Illegal

The original con, or confidence game, had the mark handing over their money, watch, or other item of value, of their own free will. Crime is easier to identify when force is used to take something. But if you just handed it over to the police, who will you call to file a complaint? It is the perfect con. The police are in a position of authority and can easily abuse that authority without much effort. In the back of a business owner’s mind they are thinking if they don’t hand over their money the police may not protect their business in a time of need or could retaliate by issuing a speeding ticket when one is unwarranted.

I think these are empty fears. Most police officers are professional. Even when they ask for money they are under pressure by their department to raise money. They might be using strong-arm tactics so they can just get it over with. I have no inside knowledge on this so take my opinion with a grain of salt.

Bad for Your Financial Health

Business owners are not the only ones under pressure to part with their hard-earned money. Employees get constant requests at their job. Girl Scout cookies make their round each year; United Way has a wonderful payroll deduction plan just for you. The causes to contribute to are endless. Once you say “yes” it makes it easier for others to ask you to do the same for their preferred cause. You did give to Joe over there; you have to give to me, too. Pressure is applied and it becomes nearly impossible to say “no”.

You better learn to say ‘no’ if you want financial independence. I donate a significant portion of my income each year to charitable organizations I think do a good job helping people in need because I have significant financial resources to do so. If they send me a request for money I generally ignore it. My generosity is above average; my tolerance for manipulation well below average. I give what I want, when I want, and only if it fits comfortably within my financial framework and personal worldview of a worthy cause.

I was fortunate to reach financial independence at an early age. If I worked for someone else I would surely have checked out and retired. As a business owner, I love what I do. I am lucky; I know it. Business owners that survive learn to push back on all the things looking to clean out their checkbook. It means being tough and sometimes rude. Fuck’em! It is my money, I earned it, and I will do with it as I please. Whether you are a business owner or not you had better learn the same skills. As your retirement funds grow more and more people will want a piece of that action. Those who reach financial independence and stay there are the ones who guard their wealth against all enemies, domestic or foreign.

And if Officer Sanderwood or Sanderfoot, or whatever the hell his name is, keeps calling, tell him I gave at the office.

[…] is doing the asking; if you call me unsolicited the answer is ‘no’. This includes the police department. It is also unlikely I will give much consideration to a request from unsolicited mail. Unsolicited […]

Maybe you can devote one blog post to which charities you would recommend?

I understand what your saying, I have been called by the policeman benevolent society, or something like that. Fraternal order of police. You have to be careful because some of these callers are a scam. I used to get sucked in but not anymore. If I want to donate I will to a cause I am intersted in. Power on sister.