It’s hard to believe The Wealthy Accountant blog has six months under its belt. A year ago I started the process of creating this blog due to demand from followers of Mr. Money Mustache and speaking engagements I did involving Mustachians who knew I prepared Pete’s taxes. I knew I would get an initial kick in traffic when Pete, the man behind Mr. Money Mustache, mentioned The Wealthy Accountant.

I was unprepared for the response. Over 12,000 requests for information or help swamped my office. In the end I accepted only 200 new clients. We are still digging out. The Wealthy Accountant also received a nice traffic boost. Then it was up to me to keep it going. There are three stages to building a successful blog. I have written extensively online over the years, including several blogs. I currently write two flash fiction blogs and The Wealthy Accountant. The other two blogs have been around for a few years and get slightly more than 4 million page views per year. Not bad for fantasy flash fiction.

The three stages in building a successful are as follows:

Any other order and it does not work. Traffic will not come if there is not enough content and regular updates. Without traffic any monetization efforts are a waste.

It takes about six months to create a nice basket of content for readers when efforts to drive traffic should begin. After six months of pushing traffic it is time to turn the blog profitable. Well, we are at the six month mark now. Pete mentioned this blog on February 10th. Traffic spiked and then settled into a lower traffic pattern because I had a small inventory of content. Tax season (and lots of new clients) kept me from working on The Wealthy Account the way it should have been. Now I am publishing 4-6 times a week and it shows. (New employees at the office are now trained to handle the larger workload giving me a break so I can have a life and time to write.)

Several people have asked about my stats. Happy to oblige. The stats lack excitement at this stage of the game. Still, I understand why people might be interested. So, I have gathered several stats starting with February and moving forward. 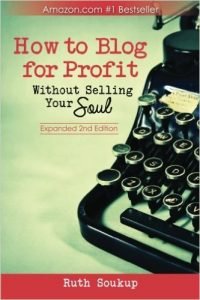 New Posts: 9, I slowed my publishing during Camp Mustache III over Memorial Day weekend in the States.

As you can see, there is a price to providing limited content. Publishing fewer than 10 posts a month caused users to drop to 1,619 in May. Ramping up the publishing schedule after the Independence Day holiday in the States has increased traffic and users to the highest level since Pete gave me liftoff; users and traffic are still climbing. As my content continues to grow and is published on a regular basis I expect traffic, users, and revenue to accelerate. The end of July saw a clear uptrend in traffic and revenue due to increased publishing. Bloggers looking to make their mark would be well advised to follow one simple rule: publish daily. Readers need to get into the habit of visiting your blog. Of course there are a lot of other rules to. My goals are for The Wealthy Accountant to exceed my other blogs in traffic, users, and revenue which means over 4 million page views a year and $18,000 in revenue. Fiction blogs do not make much so I have high hopes here.

Over the next months I will share stories of what is working. Many readers here have their own blog and piggy-backing my test runs are an easy shortcut to a successful blog. What works building a fiction blog will not work here (but I will try anyway). My research indicates a certain set of actions should yield effective results. Consistent publishing coupled with effort to drive traffic should make for an exciting adventure.

I’ll check back with a new update at the end of the year. Any surprises I will share as they happen.