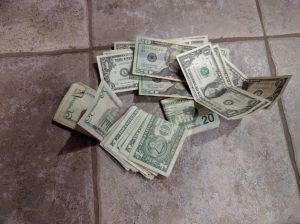 Rewards for a good week of work show up on a regular basis from the boss in the form of a paycheck. There is a special sort of glee when payday arrives as a dance develops in everyone’s prance around the office. The initial excitement gives way to an understanding you will go another week before one of these bad boys show up again. You would love to have more money; who wouldn’t? If only the boss paid a little bit more, life would be so much better.

But the boss did give you a raise recently. Your spending adjusted to the additional income in about thirty seconds. In the end nothing changed. For some reason you claim to love having money, yet your actions say otherwise. If you love something you keep it around a bit longer than you do. I know, I know! You have bills. My point exactly. Not only do you go out of your way to keep money as far as possible from you, but you spend money you still have not earned so you can get rid of the green stuff as fast as possible the rest of your life. What do you have against money?

Keep Your Friends Close and Your Enemies Closer

Since you seem to hate money so damn much I have a few suggestions to help smooth the financial edges for you. It would be in your best interest to know what your enemies are up to in the money camp. No matter where the green guys are they will do the same thing no matter who owns them. For some reason they can’t make it on their own. As soon as they find a home to settle in they go to work reproducing. Money naturally loves investing itself because it leads to little baby monies. And who doesn’t love a cute baby.

Don’t you feel like an ass now? You had mamma and daddy money in your hand and you sent them packing just when they needed you most. With baby monies on the way you sold your money for trinkets and cheap booze. How could you! The worst part is how forgiving money is. As soon as you say you are sorry and let them stay they go to work reproducing for you instantly. All you have to do is give them a little time.

Money is saddest when it gets squandered on stupid stuff nobody remembers the next day. It is a senseless death. The senseless killing is out of control. One can only wonder how many baby monies were never born over such callus destruction.

Imagine money at its happiest. Take $100 for example invested in a comfortable index fund where the companies in the fund invest their money with an excessive return over their cost of capital. Soon these companies are turning their money into newly created wealth. Eventually the stock price reflects the new wealth and while you wait you get some crazy thing called a dividend. Dividends are actually little baby monies eager and ready from day one to do the exact same thing mom and dad do, create more babies. Is it any wonder we don’t have overpopulation in the money world?

In the money world slavery is legal. In fact, it is encouraged. Any money you have laying around can be put into forced servitude and no one complains, especially the money. The money actually loves servitude because they are most productive and procreative when they roll up their sleeves and kick butt investing and growing.

Have you ever watched the old Star Trek episode about Tribbles? Like Tribbles, money eats everything in sight (not food you and I eat; their food is investments) and reproduces like mad until they run out of food. Then they starve and cry until a new source of food is provided. For the love of god, man! Feed your Tribbles! And whatever you do, don’t give them away to the Klingons. And that is exactly what you are doing if you dispose of your money as fast as it comes in; selling out to the Klingons. You should be reported to Money Protective Services for prosecution. 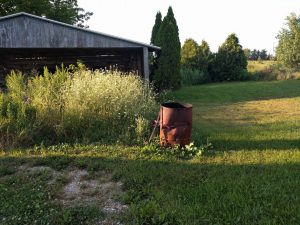 The Right Way to Treat Money

By now I hope you understand how cruel you have been to money over the years, selling it out to the lowest bidder as fast as you earn it. From now on I think you need to reconsider your plans as they involve your Thursday afternoon paycheck. It does not matter if you get a raise if all you do is spend that too. You are better than that; I know you are.

Next, show your appreciation to the money left after the retirement is maxed out. Hold it softly in your hand and stroke it. Remember the old adage: cold, hard money? It is a lie! Money is soft and warm. See! Feel it! Not too much now. Fondling money is impolite in certain crowds. It is best to have a serious discussion with the remaining money at this point. Help it understand you will never spend more than half of what comes your way. It is easy to do, but compared to most people you will be a god to money.

You are a gentle soul, always kind to money and their kin. By spending wisely and frugally you pay off debt, fund your retirement account, and now plow your soldiers of fortune into what is called a non-qualified account. Explain to your money it is not a bad thing they are non-qualified. Tell your money family this: non-qualified means they are not in a retirement account; they are regular army now. They like that and work hard to limit the tax assessed on them so they can be more like their qualified brethren, sometimes known as the Marines.

You are a good person and by reading this discovered the errors of your way. No longer will you abuse money and the little money babies they produce. The best part is money is forgiving once you treat it nice. All wrongs are forgotten as your soldiers join the hordes of other money in the world creating wealth for their masters. Trust me on this; money takes care of its master like nothing else. There has never been a money slave revolt in history. Actually, money without a family keeps running until a family takes it in. You are that family now.

Be a kind master, allowing money to grow under your care. They have awesome kids that never cry or complain; they just make more.

Screw the Rich | The Wealthy Accountant

[…] pressure to spend is endless. Mass media had gone out of its way to program people into spending zombies. The zombies are also trained to ferret out those few who avoid most of mainstream media and […]

Very creative and so true.. Sent to my kids. Thx... Am loving your articles!