We all know people who cannot accept praise for what it is worth. Any acknowledgement of a new outfit, lost weight, or new hair style is greeted with a qualifying remark meant to downplay the praise. These people lack the self-esteem to accept praise for what it is worth. The answer to someone saying they like your outfit is, “Thank you.” There is no need to downplay or qualify your acknowledgment of the praise, minor as it is.  When your retort is, “This old thing” or “I got it off the dollar rack” you are slapping the person in the face for their praise. They love your outfit regardless how long you owned it or what you paid.

Qualifiers are the other end of downplaying praise. Some people need to qualify praise received. “Wealthy Accountant, you have an awesome and successful business.” “Why, thank you. I work really hard, sometimes seven days a week to keep this baby going. Should’ve retired decades ago.” It is hard to say “thank you” and leave it at that. Accepting praise is difficult due to low confidence and a deep seated fear we are unworthy. Lacking the ability to accept praise at face value can have catastrophic effects on one’s happiness, well-being, and financial security.

Get a Raise, Get Fired

People react negatively to praise, even when deserved. Over the years I have had employees who cried when I expressed my confidence in their work and gave an unexpected pay raise. Two employees in 30 years actually self-destructed after getting a raise. It blows my mind when I think about. In my office new employees have a probationary period. Years ago I had an awesome young lady killing it at her job. I cut her probationary period short by three weeks and gave her a raise greater than originally indicated for the end of the probationary period. You could see her fall off a cliff after receiving the praise. It wasn’t that big a deal. She did good work and I compensated her for it. But her self esteem was so low she could not handle the praise. She worked hard for two months to go from a raise and praise to fired. 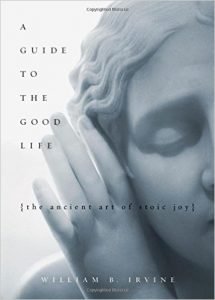 Ahhhh! Money! Take It Away!

I see the same behavior when it comes to money. Young people more than ever are saving and investing for financial independence and early retirement. The other day I saw a young lady jumping for joy she reached her $100,000 milestone. What an awesome accomplishment for someone in their young 20s! I could also see a bit of regret. Do I deserve this wealth? You could hear it dripping from her words. I wanted to scream “Fuck, yeah!” Of course you deserve it. You earned it and acted responsibly by spending less than you earned and investing wisely. As an accountant I confess I can’t get most of my 60 year olds to take such responsible money habits.

The issues are different for people who have money. I have told stories here about people with money dealing with people trying to get a piece of the action without earning it. Starting a life together, whether as a married couple or co-habiting, money is a serious issue to deal with before the relationship gets too serious. Our minds have a regulator, a governor, if you will, that keeps you where you belong. When things start going too well we do stupid crap to put us back where we think we belong; when we lose ground the regulator kicks in, taking steps to re-attain our former position we feel we deserve.

Low self-esteem does not prevent people without money from wanting yours. If they get your money it will go the way of the dodo. The mental regulator will kick in immediately when they have access to your money and their brain will think of all the ways to piss it away.

The difference between those with financial resources and those without is a few simple habits. Since the habits are so simple everyone should be rich. The reason so few are rich is because of their mental state. They have convinced themselves, with plenty of help from marketers, they will only be happy giving up their wealth. Except they are not happy; they are miserable. Money made them unhappy; the stuff money bought did not fill the void. Money magnifies your emotions. If you are happy, it will make you happier; if you are miserable, you will end up more miserable.

Much of my life has been shaped by Stoic thinking. The great minds of antiquity shared their insight into happiness and living right. The Stoic training drips from my work, especially when I interpret stories I tell. Before we apply Stoic thinking to praise, wealth building, and happiness, we need to define what Stoicism is. Outlining the entire Stoic way of thought is well beyond the scope of one blog post. However, we can get a solid understanding when we boil Stoic thinking down to three elements of control:

It all sound so logical, so easy. In reality it is much harder to practice. Attainment of complete control over one’s feeling is not the endgame. You must spend your entire life working to control your interpretation of events around you and of what is happening to you. Your response is determined by your level of mental self-control. 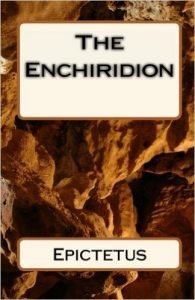 I Can Keep the Money

How do you feel when a juicy dividend check is deposited to your investment account? Of course! It feels great; no big issue here. You earned you share of the profits in said company or mutual fund. Do you downplay it, like a compliment on your outfit or qualify the dividend by explaining it away? I hope not.

The Stoics taught us to accept our gifts and compliments graciously. How you respond to a compliment is more important than the compliment. Stoics tend to be wealthy. Epictetus was a slave. He won his freedom and taught Stoic values. Over two millennium later we still read Epictetus’s words. Everything is a gift. Imagine: two prisoners looking out the window of their cell one evening; one sees the desolate yard, the other looks up and sees the stars. The choice is yours.

Good fortune is a gift best accepted with graciousness. When we are mentally unprepared for a gift we rely on old habits. Too often those old habits are self-destructive. The correct answer to a compliment is “thank you”. No minimizing or qualifying required.

Finding a life mate is difficult in the best of situations. Back in my college days I was sweet on a young lady in Macro-economic class (this was before I met Mrs. Accountant). I slicked back my hair (I had hair back then) and made small talk. Before long we found common ground. I wanted a relationship with her so bad it hurt. Then it was time for the serious questions. Her worldview on money was different than mine. It would never work. Her spending habits would never jive with mine. We stayed friends for a while, but later we moved on. I hope she found what she was looking for in life; I did. The gene pool for people responsible with money is certainly smaller than for the spend-happy crowd. Having the discussion up front can prevent lots of problems later. I never played the field, nor did I get to jump into bed with a bevy of females (no unwanted pregnancies or STDs either). No matter. I knew what I wanted and I waited and planned accordingly. It was something I had control over.

By the way, that is a nice outfit you are wearing today; it looks nice on you.