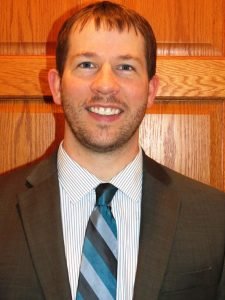 Nathan Haberman, the new district attorney of Calumet County. May he bring dignity, security, and compassion to our community.

This spring I attended Camp Mustache III in western Washington State. Between our leisurely learning sessions we hiked Mt. Si.  When our hike was over a group of us gathered at the base of the mountain as we started walking back to the Rainbow Lodge where we were staying. I was a guest speaker so people were interested in my personal life, including where I lived.

“How close to that Steven Avery thing on Netflix are you?” a woman asked.

“I live six miles from the doorstep of the courtroom where it all happened.”

The woman looked at me with a twisted stare. “How can you live in such a corrupt community?”

I did my best to defend my hometown, but I was not making a sale that day. The conversation bothered me, but there was nothing I could do about it, so I accepted the facts like a good little Stoic.

In May a client we will call Bryan wanted to speak with me privately. He wanted to support a local candidate, Nathan Haberman, for district attorney, but was afraid a past criminal record of violence would be used against Haberman if he provided any support, a man he felt was a strong defender of our community. Nicolas Bolz is the current district attorney of Calumet County. Every law enforcement agency in the county endorsed Haberman instead of the current DA.

Bryan’s criminal record stems from the 1990s. A lot of time has passed and he made changes to his life, starting a business, creating jobs, and making the community a better place. He wanted to make a difference, to exercise his civil rights. He is a strong supporter of community events and helps people in need. I like the guy; he has a good heart so I wanted to help.

Bolz, on the other hand, is a character. I did not think he would make an issue of someone contributing to a political campaign. (Small town should not mean stupid.) There was no doubt he would see the contribution, as it is a public record anyone can review. Candidates always want to know who is donating to the competition. The risk was small, but Bryan was understandably nervous.

Regular readers of this blog know I ran a hedge fund for many years. The fund bought charged-off receivables from banks (mostly credit cards) and then we scrubbed the massive files to determine who to file suit against and who to contact for payment plans. It has been a few years since I ran the fund. (There were actually two funds. When one reached its predetermined expiration date we started a second fund which had a close date of December 31, 2012. I never started a third.)

I still had all the software from the hedge fund in my server so I told Bryan we could set up a semi-scientific survey using the software. My office has multiple phone lines and a predictive dialer in place. The phone system is VoIP so the whole process would cost me nothing. Bryan and a few family members would run the phones when someone answered. It was discovered people would not care if his crime was revealed; it would not affect the election. The poll reached 223 likely voters with +/- 6.5% margin of error. Eighty-two percent of likely voters reached felt someone exercising their civil rights after committing a crime twenty years ago was a plus, not a negative. It was a violent crime so I was surprised the results were so favorable, but the overwhelming positive response gave Bryan comfort.

The Road is Long with Many a Winding Turn

Bryan made his political contribution and gave verbal support to Haberman. Bryan was still nervous and wanted to know if any polls were taken for local elections. There are not. So we went back to the software and conducted our own poll. We used a random number generator with all the phone prefixes in the county and let the predictive dialer go to work. This was the only scientific poll we took using live pollsters. We gathered data from 214 likely voters picked at random. The margin of error was +/- 6.5%. The results were clear: Haberman had an edge (4.2%), but it was inside the margin of error. It was up to Haberman to win the election. The poll was taken in mid-May and the election was August 9th.

Last week Bolz decided to spring his trap revealing Haberman’s contribution from Bryan. He called the local newspaper. They ran a small article listing Bryan’s name. Bryan’s business and the respect he has in the community meant the contribution did not hurt Haberman, it helped, as I expected. Bolz was leaving nothing to chance. He wanted an article printed in a larger newspaper; they refused. Bolz decided he would make his own news article and place it in the newspaper mailboxes around the county. Before sixty were out people were complaining to the newspaper. Now the newspaper ran the story. It read: CALUMET DA UNDER FIRE FOR LETTER. Bolz blamed his wife for the letters in the newspaper mailboxes. It was political suicide.

Bryan was in tears he might have ruined a good man’s chance of changing the county of “Making a Murderer” and Ken Kratz into a community people would be proud to call home. Last Thursday the newspaper article hit the stands. I started another poll, except this time it would all be automated, including the answers collected. We asked four questions:

This is where it gets weird. The program worked the phones Friday through Sunday. The numbers kept changing as the weekend progressed. The margin of error was still +/- 6.5%, but now Haberman was winning by 14.2% and his polling numbers improved as the weekend progressed! People were changing their vote to Haberman as the poll was conducted. Voters were turned off by Bolz’s playground bullying behavior as it spread.

Here I am writing this Monday night. I am nervous about tomorrow’s election results. I told Bryan to go for it and he did because on my advice. My poll was scientific, but I never conducted a poll before. I expect about 10,000 people to vote tomorrow with 7,000 of those voters to vote the Republican ticket. In thirty hours I will know how smart I really am or what went wrong. You get to keep reading; I have to wait a day to finish this post.

Whew! I was going to publish this post even if it made me look like an idiot. Haberman won as the poll results indicated. There are some notable differences in the polling results that need review. Only 4,513 people voted the Republican ticket. Haberman won with 62.6% of the vote, winning by more than 25 points. My polling results accurately predicted the outcome, but was off by such a large margin it becomes meaningless. 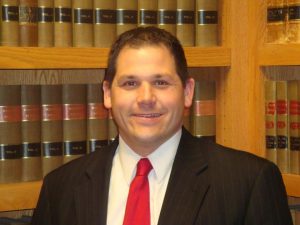 What Worked and What Didn’t

Bolz was sinking in the polls fast for his schoolyard bullying shenanigans. The poll could not predict within the margin of error because Bolz had committed political suicide at the last second with no time to make a come-back. I also noticed on Monday going to work a large number of Bolz signs were down and more Haberman signs were up; unscientific, but telling.

When it comes to my impromptu polling there were several issues involved:

Why did Bolz lose the election? Was there anything different he could have done to win? Yes!

How Does This Apply to Personal Finance?

My little experiment teaches lessons applicable to money matters. First, I was too confident in my polling results the same way I can be too confident in an investment idea. Arrogance precedes a fall; “Ego is the Enemy”. Next, my opinion on Bryan helping the best man for the district attorney’s office without encouraging full disclosure to Haberman was an error on my part. I felt it was a remote possibility Bryan’s past would harm Haberman. It turned out okay, but it was no guarantee. It was not my decision to make; it was Haberman’s. I was wrong and I should know better. Bolz made plenty of rookie mistakes this election cycle; so did I. I’ll be a lot smarter next round.

Business needs government on its side. Businesses thrive in the communities they serve. Business owners should have a comfortable relationship with local officials, working toward a common goal of building a better community. Even non-business owners have local investment opportunities if they are aware of them. Getting involved in your community is of vital importance.

Finally, every event in our life is a learning experience. Bryan and I learned a lot this round. All the stories you read on the Wealthy Accountant are true with some literary license to protect the guilty and fit the story into one neat post. The goal is to teach lessons you can use to improve your life. You have civic rights; use them! Your community and your nation need you to get involved. Participatory government works! I don’t care what mistakes you made twenty years ago or yesterday, you have an obligation to facilitate improvements in your community. Then, maybe we can prevent the next Netflix documentary from ever being produced.

[…] not alone. A few years ago I was talking to the sole judge in my county. It was election season and I sometimes get involved in the process in unusual ways. As we talked I mentioned how my business has expanded by magnitudes of order and in profitability […]

[…] community needs people who care. When people disconnect, a community begins to fail. Witness the failure of my community when elected officials and the police absconded their responsibility to the people they serve. A […]