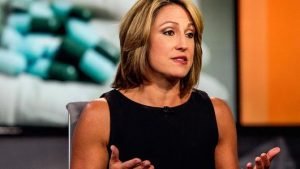 The health care system is broke in the U.S.; few doubt that fact. Mylan NV and its CEO Heather Bresch symbolize everything wrong with medicine today. In this short post I will show you how to ferret out BS from public companies using their own words. Bresch is on CNBC this morning defending Mylan and the company’s position.

In the interview Bresch makes several comments about the price increase of a Mylan product: EpiPens. Prices increased steadily from $164.98 for a two-pack in May 2011 to $608.61 for the same two-pack in May of 2016. Bresch uttered frustration because the price increases are the result of all the middlemen touching the product (“…four or five hands”). Bresch said, “That $608 is a list price. What Mylan takes from that, our net sales is $274, so $137 per pen.”

But don’t worry. She and Mylan have a heart of gold. They are reducing the price by up to $300 with savings cards. Thank god for all their love.

But wait a minute. Your net sale is $247 for a two-pack and you are refunding $300? What are you, an idiot!? Well, no, Bresch is not an idiot, just a greedy _________. I never use naughty words so you can fill in the blank. And Mylan stock has been drifting down lately; must be all the refunds they are giving. No. Just a big pay increase for the CEO. Talk about a bullshit story.

As an accountant I am a solutions type of guy. Here is my fix for the problem of monopoly powers used by big pharma to abuse people. Since society grants patent protection to companies like Mylan, society also gets to make the rules. Never mind how pharma extends patents and jacks prices based on minor tweaks to a formula. From now on when the price of a medicine is 10% greater than the next ten highest priced countries for the same medicine or increase prices more than 10% in any twelve month period we pull the patent and the protections patents provide. Now the free market and competition can solve the problem.

When a large corporation says they only net $247 on a product but will now offer a saving card for up to $300 you know they are mentally challenged on math issues or full of crap. Since Bresch’s compensation skyrocketed with the price of EpiPens I think their math skills are just fine. For some reason I feel an invisible hand slowly bending me over to service the account. Oh, this is going to hurt.

I wish these pharmaceutical companies would just be honest and say "We raised the price because we can and because Congress refuses to take action". You know, to force Congress to implement laws like what Keith said above. Which they refuse to do because they're cowards.

Gwen, Bresch is a real piece of work. I could have written a full-blown post but I wanted to keep it short. I linked the CNBC article for those interested in more information.

Not to mention she faked her MBA by getting friends of her dad and the governor to pad her classes to make it look like she passed. What a piece of poo of a human being.