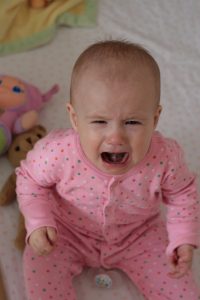 Every group has one, the sweet person who seems so polite and kind. It doesn’t take long to discover the demure person with all the sweetness is hiding behind a wall of pain caused by the unfeeling hammer of life. Of course you want to help. You and the whole group pitch in to make our unfortunate victim of life better off.

Now the problems begin. Our victim is no victim at all. She is a drama queen. Life has dished her one disaster after another. No slight goes unnoticed. You are now part of her support group. Your attempts to provide answers are met with one excuse after the other. If you fix the problem for the drama queen she can’t tell you, and you, and you. You fucked up a perfect crying game.

Before long the group has no tolerance for the drama and anyone standing too close suffers with the serial victim. Attempts to help financial problems only make the problem worse as any help is squandered or new money problems arise. It hurts because you care about people, but you finally realize you’ve been duped by a pro.

Let me be clear drama also comes from drama kings; the ladies have no corner on the drama market. At one time or another we have all fallen for the antics of people living drama one day after the other.

The worst part is how easy it is to get drawn in. Drama queens are always sweet and kind. Of course they have problems like the rest of us. They share their story just like I share stories here. The difference is their stories are meant to elicit empathy for their plight. By the time it is apparent, it is too late. You are in up to your neck and still sinking.

Avoiding drama is necessary if you are going to reach your financial goals of independence or early retirement—retirement at any age, for that matter. Certain people are more prone to drama, but a small class of people almost never has it.

Have you ever noticed most people who are living a life filled with drama are usually broke? If they do have money it is because they married into it or were born into it. The news feeds are filled with kids and spouses of the rich going from one personal catastrophe after another. People who create real wealth don’t have time for drama and would never have created wealth in the first place if they wasted time on drama. The same applies to you. If you allow drama to take over your life it destroys your personal and financial goals.

Many times I post on subjects that relate to current events in my life. This post is not one of them. I am writing this post because I started asking questions of myself as I was running, questions about how really smart people can fail at reaching their financial goals. As I mentally reviewed case after case of talented people I knew who failed it always seemed to entail some form of drama getting in the way.

Drama queens are obvious once they expose their agenda. Everyone has problems now and again. Listening politely is the right thing to do if it is a friend, family member, or co-worker. These are also the same people who think they can enlist you into their game if their game is drama. Your kind hearted actions can cause you serious pain if you allow that to happen.

Family members are the worst. You can’t get away from them. You choose your friends, but you can’t choose your family. Co-workers are also difficult to avoid. One bad apple in an office can destroy the productivity of the whole team. The boss will take it out on the whole team, by the way. And the drama queen has one more problem to share with the next group of victims.

Most drama revolves around money and relationships. The first discussion of either subject will easily reveal if you have a drama queen on your hands. Boyfriend problems and unrelenting money problems are holding back and harming our poor drama queen. Drama queens only have power if you participate in their delusion.

You will never change a drama queen; they can only change themselves and I would not hold my breath. With decades of business under my belt and employees working in an office setting a few drama queens have entered the picture. Couple that with the fact that the office is predominantly female and you have a caustic mixture primed for drama. I will make no claim to handing drama perfectly, but I do have ideas to save your business and your sanity from the destruction of drama. It is easier for me because I can fire drama problems.

Participation is the only way drama can start, grow, and evolve. It only takes one player in the group to provide the spark the drama queen’s needs. Your dreams and happiness go down the shitter when that happens. Stoics know you can’t control other people, but you can control yourself, your mind, and how you interpret the world around you.

Reaching your financial goals requires you to make it past the drama. It is a test. Most people fail in their financial goals because of their own actions or by allowing drama to overwhelm their life. This isn’t you.

Identifying the drama queens in the world is as simple as asking questions. Ask yourself: Is this contributing toward my goal? If not, then do something else. Life dramas tend to recede into the distance when the focus is on happiness, a higher quality of life, and personal/financial goals.

No one will care about your wellbeing more than you. Even good intentioned people will still have their own self interest at heart. It does not make them bad people; it makes them human. When someone tries to interrupt your plans with added daily stress it is time to remove them as much as possible from your sphere of influence. 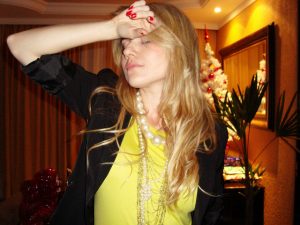 Drama queens must have a supporting cast to exercise their craft. Anyone refusing to play is an outcast and derided. At least they are not talking with you all day.

In family it is hard to turn your back, but you have no choice. If a family member is constantly rallying the troops for the latest drama you must not participate. They may call you names and bait you. You are above all that. Besides, words are only words and can only harm if you allow them. Soon you will be avoided as much as possible when the drama game is played because you are a stick in the mud. Are you not glad they noticed?

There is a high probability drama will show up a time or two over your working career. As much as you avoid the stupidity, someone always seems to show up and pour gas on the flames. Your job, productivity, happiness, and financial goals are all on the line. A job you love can turn into a drag once each day is filled with stress due to a co-worker’s constant drama. Avoid the drama at work regardless how much the drama queen wants to tell you her stories about her boyfriend treating her like shit or bills piling up while she lights another cigarette. Stay focused and on task. If you show any chink in your armor the drama queen will pounce like a shark drawn to blood. Remember your goals of building wealth and retirement. This drama queen can fuck it up royally for you. If the drama queen refuses to relent, inform your supervisor if appropriate. If the drama will not end and it prevents you from reaching your goals, change jobs and tell the boss why you are quitting.

Oh, our dear friends. We love them so. It could be a boyfriend or a buddy. The worst part is you were friends since kindergarten. It was a good idea decades ago, but you outgrew the relationship. It happens. You cannot allow anyone to destroy your dreams over petty shit! Hopefully you are not in a marriage with a drama queen/king. And please god, if you are, tell me no kids are involved. The choices are hard, yet clear. Before I met Mrs. Accountant I was engaged to a young lady and discovered in the nick of time the disaster waiting for me. Love clouds the eyes and I was this close. Hard as it was I took a pass. If I didn’t I would not be pushing toward 29 years of marriage. My ex-fiancé has been married several times and divorced as often with four kids by three different guys. I could feel the wind when that bullet passed my ear.

It is hard to put an upbeat, positive twist on such a delicate subject. I encourage you to step away from all drama in your life. Real problems happen. I get it. If you have a life of unrelenting problems then learn to live with it. Everyone has problems. Telling your story is okay. Turning your problems into a major fiasco daily is not. Treat family, friends, co-workers, and loved ones like adults. Demand the same in return. We call it: respect.

This is a brilliant article. It's so true! There's always one drama queen in every office! Great advice!