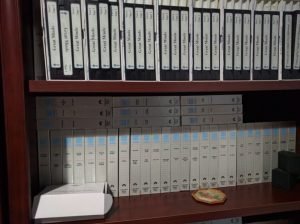 Back in my college days I had a friend who was more frugal than I was. Bill never went out, socialized, or partied. A good night out was the museum if students were allowed in for free or the college library or cafeteria. Spending was off the list.

Bill became such a good friend I asked him to stand in my wedding. He accepted after considering the cost. After college we went our separate ways as life took over. I already had a small tax practice up and going while Bill went . . . I don’t know where Bill went. The last time I saw Bill was when he was on the local news protesting the Iraq War, the first one. It has been a while.

The newscast interviewed Bill for less than a minute. He looked happy and alive wearing shabby clothes and a million dollar smile. He looked as frugal as ever and willing to fight for a cause if it promised to make the world a better place. Whatever happened to the man who stood in my wedding, I’ll never know. I performed a cursory internet search and could not find him. Oh, and he loved the movie, Fiddler on the Roof. His parents had the movie on VHS. (Remember those things?) He never stopped singing If I Were a Rich Man. It was annoying. He is lucky to be a living man.

Regardless of what happened to Bill, I learned a lesson from his rotating frugality behavior. As frugal as Bill was he periodically let down his guard and went on a spending binge. It only happened once or twice a year, but when it did all his frugal behavior the previous six to twelve months was for naught. If Bill were a rich man he would piss the whole thing down the drain. Months of saving was blown on a lavish vacation, car, or other depreciating asset. The worst part is when he partied hard for a few weeks he did so until his reserves were all squandered. For the man who would not party he was the life of the party.

One Moment Can Undo a Whole Plan

Spending responsibly and less than you earn is the only secret you need to build wealth. The frugal muscle is well developed in my life. I watch expenses like a hawk, investing first and spending what is left. Retirement plans and the Health Saving Account are priority expenses in my life. They are not real spending, of course; it is saving and investing. But it illustrates my priorities.

We all have a bit of Bill in us, however. My frugal ways sometimes give way to stupid spending I regret almost as fast as the money leaves my hand. Age has helped smooth out those moments of spending insanity, thank god.

My home is a prime example. I bought my current home in 1995. It was a shotgun shack by Wisconsin standards. I paid $120,000 for the property with 10 acres and a few outbuildings, including a barn. I spent a year remodeling before I moved in; it was that bad.

Before starting a major renovation and additions a few years later I paid the mortgage down first. Once the mortgage was nearly retired Mrs. Accountant and I started planning our home updates. The first draft was a wish list. It was unreal. Mrs. A wanted a big kitchen, but I explained what she was asking for was not even reasonable. Finally I stepped off the kitchen dimensions she designed so she could see how big it was in relation to what we currently had. She changed her mind fast when she understood how much work it would take to maintain such a large area.

Mrs. A was not the only dreamer in the house. I had a massive plan for lots of windows to the north so I could spend the winter months stargazing in the comfort of my home. That was a half million dollar addition right there. That may not sound like a lot to folks in California or other costly real estate markets today, but in 2002 in NE Wisconsin it would have given me one of the pricier homes in the county. The heating costs would also have been devastating. Sanity ruled as I tossed my idea on the same heap Mrs. A’s kitchen plans went.

In the end we settled for a more modest home. We still have 3,000 square feet with more creature comforts than are healthy for human beings.

Two more ideas were tossed into the mix by family members (okay, my dad): dig a pond and remodel the granary into an office.

People like to float their ideas as something you must do. Spending on a vacation they think would be awesome is stupid if you have no desire to travel there. Buying a car the neighbor thinks is cool or to impress your friends (or a girl, guys) is something an idiot does.

And I have been an idiot a time or three in life. The granary was never remodeled. Spending $25,000 for a fancy office next to the barn would be nice, but unnecessary when I have 3,000 square feet available in the house. Maintenance and utility costs would have added to my baseline spending just to keep the granary in good condition. Then I would have to spend time out there to justify the spending. I would rather spend more time in the house with Mrs. A instead.

The pond is a different story. A low area of the 10 acres required some work. A slough ran from one end of my property to the other. I cleaned the waterway so the water flowed better. My dad kept pounding the idea of a pond. I relented and $20,000 later I have a pond. That was twelve years ago. Sure I had the cash to pay for it, but now I have fish I need to feed (I don’t farm or sell fish). The additional cost is negligible, but constant and takes time. I get razzed for not fishing more. People act like it is so awesome to have a pond and if they were as lucky as me they would fish every day. Fuck! I don’t like fishing that much. It’s just a goddamn job. Cleaning fish is a pain in the ass. For me. You might be different.

During moments of impending depression I pull out my handy calculator and tally how much the pond has cost me over the years, including lost opportunity cost, as in, how much would that money be worth now in an index fund? God, I can be a dumbass sometimes!

Admitting You Have a Problem Is the First Step

It has been a long time since I bellied up to the bar of stupidity at that level. Still, when I feel a bout of honesty bubbling to the surface I start drinking heavy, no, I mean I reflect and learn from past mistakes. I track my spending and only pay cursory attention to income. Income, in my opinion, is easier to get than to control spending. When you stop tracking spending, expenses start creeping higher.

There was a time I wanted to have all the Star Trek episodes on my shelf. Wasted a small fortune to realize that goal. They are all available on Netflix now at no additional cost. The library has the whole series, too. Does not matter; I don’t watch Star Trek much anymore.

Rotating frugality is something I see often with clients and friends. Everyone knows they need to keep their spending under control so they take steps to spend responsibly. Then a brief lapse of IQ sets in and fucks up the whole works. Before you know it you have a pond stocked with perch and bluegills, and a shelf in the living room packed with VHS tapes of Star Trek: The Next Generation and the original series. You can’t give away VHS tapes so the landfill is the only option.

As intelligence would dictate, I keep the movies on the shelves next to where I write most of this blog. It is a reminder of how rotating frugality can destroy a lifetime of responsible money habits with one stupid spending decision.

Gwen, you've been listening when I talk. Just don't tell the police.

For those of you out of the loop, I told a story over in Seattle where Gwen and I met. It goes like this: When my two daughters misbehave I tell them I had 34 children. Two survived . . . so far. I dispose of them in the pond. I expect someday I'll wake to find the police dredging my pond looking for the bones of my missing children that don't exist. My household is competitive.

But hey! At least you have a convenient place to get rid of all your kids now :)