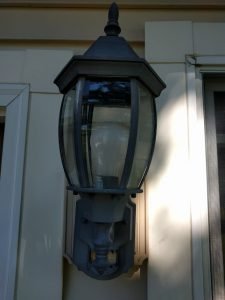 A few months back I was in a conversation where the topic of sabbaticals arose. A member of the group worked for a company that allowed employees a one-year sabbatical in the past, but ended the practice when employees who took the sabbatical tended to never return. According to my friend it was the best employees who decided a sabbatical would refresh and recharge. What the company hoped would be an opportunity for star employees to get away from the frantic pace of life turned into an early retirement plan. I laughed heartily until I realized I have employees and know how hard it is to find and keep good ones.

Some jobs do not have a halfway point for people to stand between full employment and retirement. That is too bad. Awesome people at the top of their game have and either/or choice: stay fully engaged or dump out completely. It really sucks. All too often employers take just that approach when it is not necessary.

The best employees are the ones who find balance between work and personal life. An employee’s personal life is why they show up for work even if they really love their work. The employee who works ungodly hours for the company never has time to think clearly about solutions for clients or the company. It is the silence between the words where the meaning exists. Without silence between the words or white space between words on the page it all ends up muddled. Sure, you can still read or hear if you focus hard enough, but the energy required is immense and you are still prone to misunderstand some of what is being communicated.

It is the silence between work, between projects, between fun, between family time where the meaning of life resides. It is the quiet times when all meaning and understanding find a foundation. New ideas start when the chatter of life is silenced and the mind is allowed to flow freely.

Many successful people—probably all successful people—start their day with some form of meditative practice before they open email or answer voice messages allowing the world to come crashing in. Yoga, reading, meditating, or a walk are all good ways to reflect before you start your day.

Readers of this blog tend to save and invest so they reach a point at a young age where they need to make a decision: do they dump-out of their profession or keep plugging along doing what they have always done. If you are lucky you have a third option somewhere in the middle.

What Would Bill Do?

Bill Gates started Micro-Soft in 1975 with Paul Allen. Bill left his day job at Microsoft in 2008, but he never completely walked away. His role diminished with each passing year as younger and more ambitious people working for the company would take Microsoft to the next level. I would argue Bill retired long ago when his net worth was sufficient to cover all his living expenses for life. But he never stopped working!

In 2000 Bill and Melinda Gates started their foundation officially. It was at the same time he took the first steps at Microsoft to step back from the company. Eight years later it was no longer a day job.

Bill changed the world with his work. Few of us ever get the opportunity to make such a significant contribution to the human condition. We don’t have to. If we all engage, a few of us will make radical positive changes while the rest of us are a hell of a support group.  Everybody can go along for the ride.

Still, I bet Bill Gates will leave a far larger lasting impression on this planet with his charitable work. Make no mistake; it is work. He puts in long hours working on solutions to problems the greatest minds on Earth have had a hard time solving. His advantage is he no longer works daily at Microsoft; he only consults and sits on the board. He is granted adequate free time to sit quietly, reflect, and think.

Most technology we think of as new is far from it. Many technologies we use today were already understood by a select few in the 19th Century or early 20th Century. It takes the right set of circumstances to put the technology together in a way that works. Many times the new discovery requires addition discoveries before it can be implemented. All too often the old becomes the new with a fresh coat of paint.

Think of the concept of the space elevator. The idea was first floated by Konstantin Tsiolkovsky in 1895. We know how to do it and even have materials today to make it happen. Now we need to figure out how to make a lot of the materials commercially. My guess is some guy (or gal) in a back room with plenty of quiet time to think will find the missing pieces to the puzzle. 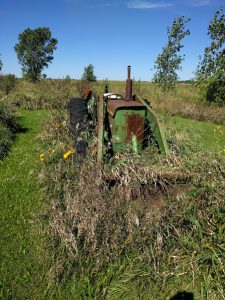 What Did Pete Do?

Friday night cards is the highlight of my week. I get to sit with family and neighbors and play a friendly game of sheepshead. Pete is a neighbor who retired from Kimberly-Clark when he was 50. He worked in the IT department and as I see so often, IT guys tend to burn out young.

Pete found a way to live life right. He recently turned 65 so he went almost all the way to full retirement. When he left K-C he took odds and ends jobs to fill his days. He worked a few summers in Menasha as the bridge guy who pushed a button to lift the bridge when a boat came along. Most of the time he could read a good book. Some days only a handful of boats showed up. It was kind of a long day so he decided to do something else.

He has one rental to add excitement to his life and he works at the town shed during elections. He also decided to milk cows for a local farmer a few days per week. The last one blows my mind. He retired to farm! For real? That is hard work, man. Oh, wait. I did the same damn thing, only I have my own far. Forget what I said.

Now Pete works a few hours on election days and still has his solo rental. He is happy. My dad is 70 and still plays salesman in his business; my brother runs the company. Pete sometimes goes along for a ride when dad has a long sales run. Last Monday Pete rode along to Illinois. Sounds like the neighborhood is living the good life to me.

Sometimes I think if I took a full year sabbatical I would never return. One tax season away and I’d be done. I’m not sure that is true. The first twenty years of my business I worked seasonally without any problem rolling up my sleeves as tax season approached. I actually get squirrelly as tax season approaches. It is only September and I am starting to feel the pull of the upcoming tax season. Preparations need to be made; plans set in place.  I am all assholes and elbows.

My unofficial summer sabbatical next year already has me nervous. I will be gone for a long time, for me. My team will run the company just fine. In fact, the office will probably run better than it ever has with the deadwood removed.

Will I lose my love for tax work if I take a step back? I doubt it. I never lost the feel before. The difference this time is I have this blog which I really like writing. (Writing is in my blood.) We started this discussion asking if a sabbatical would end a promising career. Not in my case. I will always come home to mama, my baby, my business. Even a full year away would not destroy my desire to do what I enjoy most, working taxes.

What about you? Want to join me on a galavant around this rock floating in space for a year? Think you can stand a year in close proximity to me? Think again. All I know is this. Sometimes the greatest people do their best work after they finish work. Bill Gates is more influential in retirement than when he changed the world working. He is actually paying money to do his retirement work. Ya gotta love it when you do that!

If you were away for a year would you go back to what you once did? Me neither. We would be changed irrevocably. We would be better than before. We would then be more valuable advising in our field of study. Worldly wise we would become more valuable than ever before. Join me on this awesome adventure. And don’t leave the lights on for me. I doubt I’ll ever be coming home.