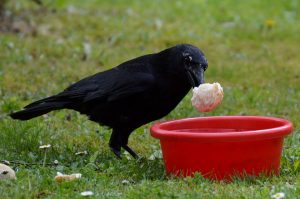 There is a heaping plate of steaming crow on the kitchen table cooked especially for me. It all started a year and a half ago. After all these years in business, I was starting to feel my oats. I would brag about the list of clients I had put together. My tax practice was serving some very wealthy and well known people. A few rock bands were in the fold and even a board of director from a company connected to Warren Buffett’s Berkshire Hathaway graced my client list. I had a sales pitch for anyone willing to listen.

Then a brainstorm hit. I would move to the next level by landing a business deal with an influential personal finance blogger. It went better than I ever expected. Instead of inking a collaboration, I got a collaboration and a client and a massive promotion for my tax practice. There was no doubt in my mind I could handle it. I lived through worse. And don’t think for a minute I didn’t let people know about it.

That was the moment I allowed arrogance to turn me into a dick. By biting off more than I could chew clients were left in the dust. It became impossible to respond to all the emails. Emails were not simple acknowledgements to read. Each had a long request requiring time to answer and respond to or I had to disregard them.

It gets worse. One client I accepted got nervous when only half the work was done. He paid in advance and asked for a partial refund. The email got lost in the shuffle. He contacted me earlier this week to see if I would finally respond. I felt like shit. Here is a client who trusted me to help him and I over extended. Then I dissed him when he only wanted fair treatment. Instead of a partial refund, I returned the whole fee.

Before you sing my praise, I still acted like a dick. The solution was more than fair . . . to me. The client was gracious and thankful, offering his excitement to meet me some day and tip a bottle over conversation. I am not so sure my Stoic training would have served me well if our roles were reversed.

Food that disagrees with us usually feels good going down. Only experience tells us the price will be paid later. Arrogance is like that. It is the disease that makes everyone sick accept the one who has it. The disease is insidious. When you least expect it, there it is.

Arrogance is the acid which destroys the vessel that holds it. In a business it is death rattle if not excised quickly; in a marriage it destroys intimacy; with friends it destroys trust. The key part of arrogance is “destroys”.

The line between confidence and arrogance is thin, indeed. There is nothing wrong with having awesome clients, a wonderful mate, successful friends, and living in a progressive community. The moment you think any of these things make you better than someone else you have crossed the line. Like me, you become a dick.

Successful and popular clients do not make me better; it means much is expected of me because much has been entrusted to me. Easier said than done. Right? When life is firing on all cylinders it is easy to think it is all ME! I did that! Well, I have news for you. You crossed the line into arrogance and the price for arrogance is heavy. It ends the same way every time. In disgrace. Or, as in my case, a full refund to a client. And deep down you know you still did not make it right. 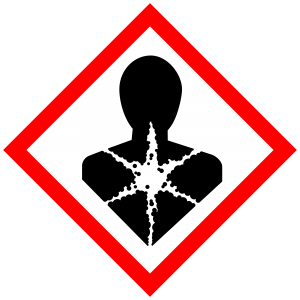 Alexander the Great conquered the known world. Cities were named in his honor. But Alexander did not know humility. Once, while drunk, he got into a fight with his close, and perhaps dearest, friend. Before it was over Alexander accidentally killed his friend. When arrogance rules your life, life will inflict humility upon you whether you want it or not. Alexander was so distraught he could not eat or drink for three days.

If you really want to be great, you must first be humble. No matter how good either you or I are, it is worthless if we abuse our good fortune with an arrogant attitude.

Jesus washed his disciple’s feet. Without getting into religion, we can learn a lot from the actions of people like Jesus. Only when you can prostrate yourself before others have you really become great. The moment the nose goes up the greatness is over. The greatest act of all is humility even when you are the best at what you are doing.

Why expose my failings and shortcoming publicly? This blog talks a lot about taxes and personal finance, but also a lot about living right. I have shared some really awesome successes I’ve had. What you learn from those successes in far smaller than what you can learn when a successful man faces defeat or humiliation.

Humility and humiliation are two different animals. Humility is how we act by our own volition; humiliation is what is inflicted on us, whether deserved or not. Of my own will I expose my failures. This is humility. I still need to be careful. The leap is small between “I show you my shortcomings” and “Look at me, I am so great because I show I have weaknesses”. False humility is the worst. Where arrogance sickens, false humility destroys all trust.

Your favorite accountant is lucky. In the tax profession there are plenty of opportunities to experience humility. The tax code is huge. No one person knows it all. Every time I think I am getting good at this stuff I realize I missed a point. Sometimes I beat myself up too much when I miss a salient point. I think it is a healthy response. I want to do the best thing for my client (and you, my readers), but sometimes I get it wrong. The salve of praise from a client knowing I gave it my all is still only a salve over an open wound. People pay me to get it right and on time. Plenty of opportunity for humbling experiences.

Exposing who I really am is not a weakness. As you read this I bet you are thinking of some moments of arrogance and/or humility in your life. It might even be a current event. It might be an accidental slight or intentional. (It seemed like a good idea at the time!) Regardless your religious faith or if you have any religious faith at all, kneeling and washing feet instead of drinking heavily and accidentally killing your friend is preferable. 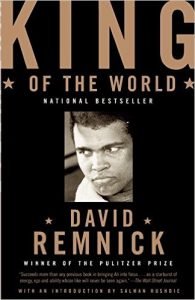 It is never too late to live humbly. Muhammad Ali said, “I’m young; I’m handsome; I’m fast. I can’t possibly be beat.” And, “It’s hard to be humble when you’re as great as I am.” Ali lost 5 fights in his career, two during the height of his career: Joe Frazier and Ken Norton. Ali did beat both Frazier and Norton twice in rematches. Then age injected humility. Ali lost the last three of his last four professional fights.

Who would you rather spend an afternoon with? Marcus Aurelius or Alexander the Great. Me, too. Killing a friend in a drunken rage is the ultimate arrogance.

Acid is only powerful until you throw some baking soda on it. Arrogance is neutralized when our head is bowed and we allow someone else to step into the limelight. Writing a blog and even owning a business requires a bit of showmanship. We need to be recognized so we get more clients or readers.

There is nothing wrong with me saying I have over 30 years of experience in the tax field. It is okay for me to ask you to subscribe to this blog. (Please do.) Pride in having successful clients and doing awesome work is the kind of confidence clients need to see. Biting off more than I can chew because “I am awesome!” is a sickness. Arrogance.

If you feel the tug of arrogance taking over in your life you can stop by my house. I have plenty of leftover crow in the fridge.