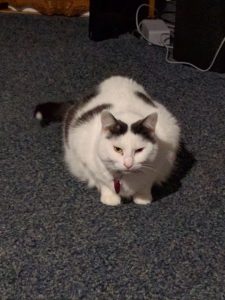 Pinky could care less who won the election. She is happy with a clean litter box, a bowl of fresh food , and a scratch behind the ears.

It is 3:30 in the morning and I just discovered who our next president will be. I had a nice nap earlier, but tend to sleep in fits and starts which is great for quiet writing time in the middle of the night. I’ll probably take another nap later this morning so I will be awake and alert. Back to the election.

The news reports say the Canadian immigration website collapsed from the deluge of visitors. Stock markets are down around the planet, but from what I read it is better than what it was earlier. One newsfeed had pictures of crying Hillary Clinton fans. It seems like the world is ending for people who worked so hard for their candidate.

There will be pain in the weeks and months ahead. There would be pain in the weeks and months ahead regardless who won the election. This is reality. America is undertaking a grand experiment. It isn’t the first time we walked the road less traveled. My political position is unimportant, but I will share my vote so you understand I am not writing this from the victor’s side. I voted for Hillary and had my reasons. None of that matters now. Trump will be the next President of the United States.

The Root of Panic

There is plenty to be concerned with. An untested politician jumps straight to the top. What could go wrong? Well, lots can go wrong. But a lot is always going wrong. We lived through a Civil War, two world wars, victories and defeats. And life kept chugging along. Now is not the time to panic. (There is never a good time to panic.)

Talk of leaving the country will solve nothing. Do you really think a major disaster within the U.S. would not affect every other nation on Earth? Running is not what we do around here (unless it is for exercise). And we damn sure don’t panic!

A Story to Sooth the Soul

Back in the 90s every tax office was supposed to get into the securities business. It was a perfect fit for accounting offices and complemented the services we already provided our client. Your favorite accountant took the plunge.

I was a top 100 producer within six months of joining H.D. Vest Financial Services. Each year there were two major conferences organized by Vest. One year they had Nick Murray as a keynote speaker. He was a top producing mutual fund salesman in the 60s and early 70s when mutual funds were not the cool investment. Nick told us several stories. The one that stuck with me the most was a phrase he used when selling to clients. Murray said, “I can’t guarantee you the next 10% move in the market, up or down. I can’t tell you the direction of the next 20%, 30%, 50%, even 90% move in the market. But I can guarantee you the next 100% move in the stock market will be up, not down.” He was telling his clients the risk is being out of the market, not living through a temporary down market. Murray continued, “The stock market has always doubled and then doubled again. If it stops doubling, it means the world came to an end.”

There is another story I remember from my high school days about the Cuban Missile Crisis. Two stock brokers, an old seasoned broker and a young broker, watched as President Kennedy came on the air and informed the public the U.S. has target 50 Soviet cities with our nuclear weapons. The stock market collapsed. The young broker started yelling to sell. The old broker held him back and said, “Buy!” “Why?” the young broker asked. “We could be destroyed in a nuclear holocaust.” The old broker smiled and nodded. “If the crisis ends well,” the old broker said, “stocks will rally smartly. If the missiles are launched, our world comes to an end. The trades will never clear.”

The point is important for every reader: DO NOT PANIC! I know there is loads of fear. Never give in to fear. A decision made at the height of fear comes back to bite you in the ass with rare exception. Like Murray, I have no idea where the market is going. The only thing I can say with absolute confidence is that the next 100% move will be up, not down. If I am wrong there will be no civilized world around to hold me accountable. 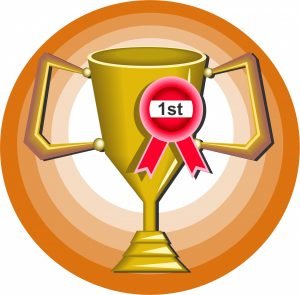 Now is the time to take a deep breath and assess the situation. We are in a challenging economic environment, as always. Markets go up and down, as always. Yes, we are in new territory, but so was the country after the Federalists lost the Presidency after only two Presidents. I think history agrees with me when I say President Thomas Jefferson did okay as the third President.

Winning the game of financial independence or your goals toward early retirement (or any retirement, for that matter) has not changed. They will not change. What worked in the past is all that still works. Reduce (or better yet, eliminate) debt. Save like crazy. Saving half your income is more powerful now than ever. You build financial security and can buy lots of juicy index funds at a discount if the markets panic. (I love sales on Wall Street.)

Nothing has changed yet. For all we know this could be a great opportunity for America. If not, and all goes wrong, your frugal behavior has prepared you for the worst. By learning to live happily on less and with an ample nest egg, you can live as you always have without much problem. Heck, economic calamity just means a lot of stuff is sold cheap by people less frugal.

Your fear comes from an anxiety about something that may never happen, from the desire to control something you have no control over. In the Stoic philosophy, Epictetus tells us some things are in our power and others not. From the Enchiridion: In our power are opinion, movement toward a thing, desire, aversion (turning from a thing); and in a word, whatever are our own acts: not in our power are the body, property, reputation, offices (magisterial power), and in a word, whatever are not our own acts.

Nearly 2,000 years ago Epictetus foresaw the recent election. He warned us “offices (magisterial powers)” are not in our power. We did what we could, what we had control over; we voted. For most readers there is nothing else to be done. Maybe someone in power will read this and engage their position to facilitate a positive outcome. You never know. I do what I can.

You need to relax if the election has caused you mental distress. Let it go. You can control how you live and spend. Your job could change tomorrow, but how you interpret the world around you is 100% in your control. The next 100% move in the stock market is up, not down, maybe. I could be wrong. Your life will be just as blessed by making the investment even if you never get a chance to use it later or if the world ends. By wanting less you find happiness in the moment. It matters not who is in a political office. It is only interesting background noise at best.

George Carlin said, “When you’re born, you get a ticket to the freak show; when you’re born in the U. S., you get a front row seat.” He was right. We are but actors on a stage, as the great Bard said. Most of our roles are small on the national or world stage, one fraction of a millionth percent. All pain begins with an elevated sense of self. You can control your opinion, therefore you control if you are offended or harmed by recent events. If you choose not to feel harmed, you haven’t been harmed.

Sometimes we think we are making such an awesome difference. Most of you know Pete from the Mr. Money Mustache blog. When I visited him the first time I thought he would be a well known character in his small town since his blog had so many readers. Of course many people did know Pete, but many more did not. It was a reality check. No matter how much good you do it will only scratch the surface. Most of our efforts will fall to dust over the years or eons. Understanding this allows us to put all events into perspective. All that matters is how we live, how we think, how we feel. It is our interactions with each other that give life value, meaning. I for one am glad you are with me. My life is brighter because our lives passed like two ships in the night. That is my worldview. For a brief moment we are able to communicate a message of hope. It is all any of us have.

Can I call you a stoic without offense? Beautiful post, thank you. I got home from work this am, went to breakfast with my wife and spent the day sitting on the couch reading......amazing day. Funny thing was at breakfast (diner in a democrat / university town) there was palpable shock in the air! Weather was great, sun was shining and the world was spinning just like always. So many missed it......

You can call me anything you want, Renard; I don't offend easy. And yes, I am a Stoic. You also make an awesome point. People ruined their entire day over something they had no control over. I wish there were a way to reach them and teach them peace. Letting go of things out of my control is such a stress reliever.