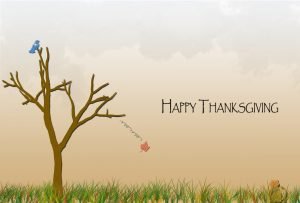 We live in strange times. One day—and for most of us only one day—we take time to give thanks as we gather with family, enjoy an awesome meal, and watch football (in America; I don’t know what the rest of the world does on their Thanksgiving festival). Then the next day we kick the shit out of our neighbor so we can save a hundred dollars on a flat screen. I‘m beginning to wonder how thankful we really are.

Feelings of gratitude and expressions of thanksgiving should not be relegated to one day per year. We live in the best of times where we should feel thankful non-stop. People in times past found the expression of gratitude an admirable trait. People actually worked hard to remember to feel thankful for the gifts life has bestowed upon them. And we have it so much better today!

In my short 52 years of life the world has changed so much and for the better. One gift I still can’t get over is the one you are using right now: the internet. I have the largest library ever collected at my fingertips; I have the ultimate communication tool. Has it ever been easier to communicate with people with shared interests from around the world? Never! I think of all the people I would never have met or known all because of this awesome gift called the internet. And the World Wide Web didn’t exist 25 years ago.

Microwave ovens, camcorders, and VCRs (remember those animals?) did not exist or were cutting edge technology when I graduated from high school. Personal computers were just invented. The precursor of the internet was just starting. And cell phones were not smartphones! Cell phones were huge clunky things with a massive antenna attached on the top of your car with a strong magnet. You had a carrying case for the cell phone and it was a sizable piece of luggage.

I am grateful every day I wake. There is no doubt in my mind I am the luckiest man alive. Not only do I have the greatest wife ever, my kids are awesome, too. Must be genetics.

But none of it would have been experienced by me if I did not have the most awesome stroke of luck; I was in hunting accident, shot at point blank range. Our group was hunting pheasant. I was thirteen at the time. The dog flushed a pheasant. As the bird rose high my dad had the best shot. He took it. As the bird fell from the sky another hunter not with our group turned to see the bird drop. He raised his 12 gauge shotgun and followed it down. When the bird was head level he pulled the trigger. Three members of my group fell; I was one of them. Thank god he didn’t pull the second trigger or I probably wouldn’t be here talking with you.

At the hospital the doctor removed the pellets. One pellet pierced the grove on the top of my Adam’s apple. Another half inch and the talkative accountant we all know would be mute. A little further and. . . Well, I don’t like to think about it.

The doctor found something else. In the exam my blood pressure was high in my upper body and low in my lower body. Strange. This could be something serious. A month later I was in surgery for a catheterization. They stuck a tube in my vein in the crook of the elbow. The tube had a camera. They imaged my heart and aorta. The news was bad. I had a coarctation of the aorta. This means my aorta got really narrow in one spot, restricting blood flow to parts of my body. Unattended, my life expectancy was another 10 years, max.

When school was out I was back on the operating table. I spent the summer recovering. This was 1978. I was thirteen when they cut me open. A few years later my surgeon died of AIDS.

Remember AIDS! We don’t talk about it as much anymore, at least not like we used to. Back then doctors had no idea what AIDS was. All they knew was gay men were dying of an autoimmune disease and it was spreading. Blood supplies were not tested as vigorously then as now. One nick in the surgeon’s glove and good-bye accountant. 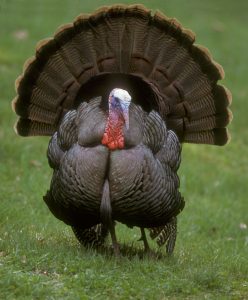 Does anyone think for even a fraction of a second I am not the luckiest man alive? I had a medical condition without knowing it. All I knew was that I could run a half mile faster than anyone in school, but could barely finish a mile. That is how my condition worked. And pushing that hard was a prescription for a heart attack at twelve! And I had to get shot at point blank range to live.

We all have stories about technology saving our life or at minimum making our lives easier. Food is cheaper than ever and more abundant. I can eat food (and do) from every corner of the world. Fresh grapes are on the menu in February for a buck thirty nine a pound.

Refrigeration is a fairly new luxury. Food-borne illnesses are rare today. Cooking is easier than ever. Transportation is unreal. For a modest sum of money I can be anywhere on the planet in person this time tomorrow.

Life is so good I can scarce take it in. Thinking back 30 years is one thing. What about 200 years? Once you go back 200 years, things didn’t change much for thousands of years at a time. Progress was slow until the 20th Century. Indoor plumbing is a blessed gift! Many of you readers have family members alive who grew up without indoor plumbing. Think of your ass stuck to a cold outhouse board in the dead of winter in NE Wisconsin. No need to bring a book. You’ll be finishing up soon enough.

Which brings us to sanitation. Germ theory is a very new idea. Penicillin didn’t show up until World War II and other antibiotics were later still. Strep throat used to be a life threatening illness. Look at how George Washington died. And that was the best medicine could do back then, less than 250 years ago! Are you thankful yet?

Feel It Every Day

One day of formalized thanksgiving is okay as long as we understand it is an every day requirement. Stuffing our face and overweight bodies with yet more food as our way of saying, “Fuck, yeah, I’m lucky!” as you belch and keep stuffing is not giving thanks; it’s gluttony. Then, after an afternoon of sleep we load our ass into the car and drive to Wally World to push that bitch Edna Jones to the ground so we get one of the limited flat screens a hundred dollars cheaper. That is where we came in, isn’t it? We can’t do it, folks. We can’t pretend we are thankful one day and hold the world around us in callous disregard every other day. 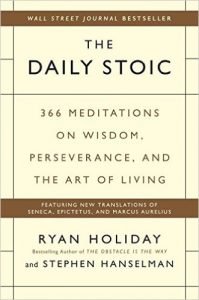 Gratitude comes from inside. If you have it, you have it all the time. Thanksgiving is about acknowledging and accepting you have enough, you are satisfied. No matter where you are or what your condition or position, you can feel and express gratitude. It is all in the mind. You and I are lucky. We have friends around the world we can talk to at any time by phone or social media. We work less and get more thanks to modern technology. If you think minimum wage is bad, think of wages in times past and the work involved earning that wage. Image working for a dollar a day plowing a field by horse. The Amish still do it.

Imagine sleeping outdoors in the dead of winter. Imagine a house so cold water freezes indoors in January (June for my readers in the upper latitudes of the Southern Hemisphere). These things were part of daily life only a few centuries ago. Life was really hard then, and short, and painful, and filled with much more sorrow. And they managed to offer thanks for all the blessings they had. Lucky us. We can give thanks from a position of real luxury and fortune.

Ryan Holiday is an author I admire, especially his writings on Stoicism. He recently published The Daily Stoic.  The Daily Stoic is in the form of a daily devotion used by religious people. Each day is a thought from a great Stoic for us to meditate on. Rather than plow through this book, I am reading each meditation on the day it is listed. I want to absorb the whole Stoic thought process slowly so it sinks in deeply. For today, he takes a quote from Epictetus:

In short, you must remember this—that if you hold anything dear outside of your own reasoned choice, you will have destroyed your capacity for choice.

Epictetus’ warning is valid today. Happiness is only possible when we let go of attachment. You will find you are most thankful when you don’t have attachments to stuff. If you notice, all the things I gave thanks for above, none of it was stuff. It was experiences. I didn’t plan this post that way. It just came out and only now at the end do I realize what I have said. It is important. When we let go we find true happiness and contentment. It is then when we express thanks and feel gratitude, and mean it.

Now forget about the flat screen on special and help Edna Jones up. Brush her off and wish her a wonderful holiday. Maybe even help her find what she is looking for. At the end of the day you will not have a new flat screen TV. But you will have a new friend and an awesome experience to share. Now that is something to be grateful for.

***Don’t forget to share what you are thankful for in the comments section.

I am truly thankfull for the gift of live and the little things for example the water we drink, the air, the light of the day.

All the important stuff, Onyejekwe.

I am truly thankful that my wife and I are expecting a baby next February.

And also thankful for this blog and the line, "Then the next day we kick the shit out of our neighbor so we can save a hundred dollars on a flat screen". I'll be laughing about that on Friday while I sit at home instead of out fighting the crowds. Happy Thanksgiving.

Happy Thanksgiving to you, Matt. Congratulations on the upcoming addition toy your family. The return on invested capital is incredible.

I am thankful for the technology that allows me to meet with folks all over the US through video conference. I have met wonderful people all over the US that I would have never been introduced to before. My mastermind group has inspired me to dream bigger and achieve more than I could have ever though possible by myself.

Isn't the world we live in such a great place, John! Like you, many of my friends live far, far away and the only reason I know they are alive is due to technology. Happy Thanksgiving, buddy.