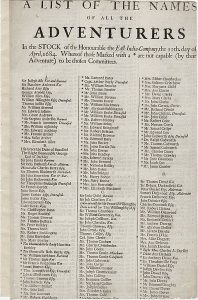 A reader of The Wealthy Accountant recently offered me lunch. I have a weakness when it comes to food. Offer me a free meal and I am virtually a prostitute.

I accepted the offer of lunch for three reasons: 1. He is a local reader; 2. He asked nicely; 3. He wanted to discuss quitting his current job and starting a bookkeeping business as a side hustle. The last point is what got me. A local guy who wants to do bookkeeping is also a guy I might build a strategic alliance with to handle some of my bookkeeping work.

As we talked I shared stories like I do here. Eventually I got to a story I like to tell a lot, but failed to mention on this blog so far. I am not sure where to fit it in, but the story is so powerful it needs sharing. So I decided a story about making a list would be perfect for the Christmas holiday.

There is an old sitcom called Night Court. For those of you who don’t remember the show, it is about a night court presided over by Judge Harry Stone. Stone is an oddball, joking and playing around while using unusual methods to help defendants.

In the first episode members of the court complain about Stone’s first day on the job. Dan, the prosecuting attorney, asked how Stone ever got appointed to the bench. Judge Stone said it was a funny story how he got the job. You see, he said, it was Sunday and the mayor’s last day in office and they needed a judge. My name was on the bottom of a 1,000 name list of potential judges for the opening. They started calling the first name on the list, then the second, and so on. It was Sunday so no one was home. Finally they got to the bottom of the list and . . .

The court clerk, Lana, was incredulous. She muttered, You mean you were appointed judge because . . . She paused.

I was home, Judge Stone said with a smile.

The audience laughed. I thought it was profound and nobody got it. To make the point, Judge Stone later said to Lana when she was offended by how Stone got appointed: Think of me what you want. My name was the last on that list, but it was on that list.

That is the story of life. It doesn’t matter if your name is the last on the list as long as you are on that list. As a business owner I see people go through all the work and then never show up for a job interview. Every year a handful of people never pick up or file their tax return. The work is all done and in many cases a refund is due if they file. After three years the tax return is out of stat and the refund is lost. It blows my mind.

We are all on the list! Like me, most of us are somewhere near the bottom of that list. But so many people higher on the list are not home or refuse to answer the phone and fail by default.

That is where my reader buying me lunch comes in. He sent an email and expected nothing. He caught me at the right time so I said yes. He was on the list. The last name, no doubt. But he was still on the list. He knew my schedule was tight and getting me to have lunch was a long shot.

This blog exists because I was on a list. The Wealthy Accountant was rolling around in my head for years. I secured the url years ago, but never put it together. Getting traffic to a personal finance (PF) or tax blog is a tall order. There are a lot of them out there. PF bloggers make the same mistake restaurant owners make. Restaurant owners mistakenly think running a restaurant should be an easy way to make money. When they walk into my office with the idea they tell me everyone has to eat. I try to temper the excitement by replying: Everyone needs to eat, but they don’t need to eat at your restaurant. In truth, the restaurant business is brutal!

I wasn’t in the mood to make the same mistake. Sure, everyone loves money and could use solid tax and financial advice, but they don’t have to get it from me. There are a gazillion other resources to choose from.

I also did not make the mistake assuming prior writing and blogging success would automatically translate into success at The Wealthy Accountant. The workload on this blog would be higher by magnitudes of order than with previous blogs or writing projects. This blog requires me to expose my personal values and weaknesses. It isn’t easy exposing yourself to the world at large. (I could make a legal joke here, but modesty forbids.)

How I Was Home 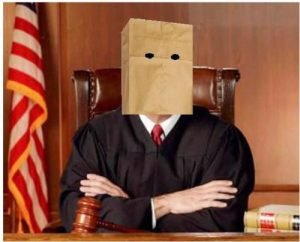 This blog owes its existence to Mr. Money Mustache. Arguably the best PF blogger out there, he also has one of the largest, if not “the” largest, following of any PF blogger. Many accountants over the years tried to land Pete as a client. In case you missed it in the past, I’ll repeat how it happened here.

My goal was to build a partnership with Pete on a business idea. I attended a conference held in his honor in Seattle with the idea of meeting Pete and sharing the idea. Since I would be at the conference anyway I asked the facilitators if I could give a tax presentation. They agreed. Before I had a chance to introduce myself to Pete he attended my presentation. Fifteen minutes in, he interrupted me and stated I was his accountant. The rest is history.

Let me make something clear. I am not the smartest, best, or biggest tax guy on the planet. I am at the top of the list in tenacious, however. Smart people frequently outsmart themselves when trying to reach a goal or when building a relationship with clients. Pete had many accountants try what I succeeded at. There were subtle differences, I am sure, but at the end of the day I got the call and answered because I was home.

As we head into a new year, think about the lists you are on intentionally. Working toward early retirement or financial independence is really just a list you chose to be on. Every time you make a contribution to your retirement account you are answering the phone. You are home.

Plans of traveling the world are the same. You put yourself on a list and now are working toward the goal. Plans to start a business or work you do when in business are all lists.

It is the holiday season so I will keep this short. You don’t need more examples or stories on this. Just remember to answer the phone when it rings.

[…] urgre struck. Looking back at the content I produced it wasn’t that great, buy hey, I was on the list (The Wealthy Accountant describes this concept perfectly). When a company in the industry was […]

This was powerful. Thank you for sharing! (And forgive me for binge-reading and -commenting)

We are all guilt of the binge-reading pleasure now and again, Mylky. There are worse vices.