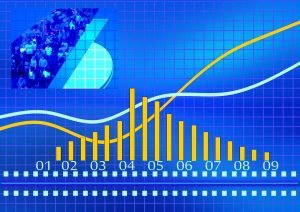 Well, the first year is in the books. The Wealthy Accountant came to life on January 15th, 2016 in anticipation of a shout-out by Mr. Money Mustache. The project was on the drawing board for years, however, the workload caused me to drag my feet. But when I start I am all in.

This isn’t the first blog I’ve run, nor is it the only one I write at this time. Running a blog is work and something I held back on because I knew once I started writing this blog it would take over my life. But here I am and I am feeling good.

Other people writing a blog and curious readers are usually interested in statistics. The growth pattern of The Wealthy Accountant is taking a different path from other online venues I used. For example, the website of my tax practice has low traffic and no ad revenue. Just about every visitor of http://taxprepusa.net/ wants to be a client of my firm so we don’t want hundreds of thousands of visitors.

Then there is a content farm I wrote a hundred or so articles for years ago. After Google slapped the funny off the faces of content farm writers I moved my writing elsewhere. Still, HubPages sent me $439.93 in 2016 on 87,719 pageviews. Not bad for not doing a thing on HubPages in five years.

And then we have my flash fiction blogs to disclose before we discuss The Wealthy Accountant. I fancied myself a novelist in my youth and dreams die hard. I write two flash fiction blogs daily. Even with stories under 500 words, my output is still close to the equivalent of two full length novels. The names of the fiction blogs will remain a mystery to protect the innocent, namely me. What I will share are a few numbers:

Fiction Blog A: The best blog I have for traffic is the first fiction blog. 344,872 users viewed 1,643,664 pages in 2016. This is massive for online fiction where traffic of any kind is hard to find. The money writing fiction online is not so good. Google revenue was $2,075.09 and a third party totaled $120.40. The third party only has a few months under the belt so things should grow in 2017. Amazon made money, too, but I included the revenue under The Wealthy Accountant (TWA). I keyed a few trackers wrong early on so the numbers are not 100% so they all go to TWA. 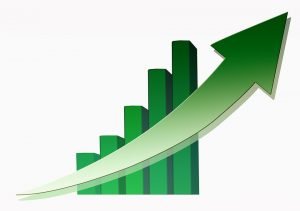 The Wealthy Accountant by the Numbers

I published 174 posts in 2016 for a total of 248,646 words. This is the amount of material in three average sized novels. Coupled with my other writing I am pumping out the equivalent of over five novels a year. Throw in writing at the office and one begins to wonder why I haven’t mentioned carpel tunnel.

Here are some additional statistics:

Pageviews: 215,509; Pageviews climbed throughout the year at a slow pace. A few mentions by Mr. Money Mustache spiked my traffic in February and late October. Traffic moderated afterwards, but at a higher level each time.

First Post: January 15th, 2016; Tax season kept me busy so I published less into spring and early summer. In mid-summer I turned prolific and went crazy. Then burnout and the office took over. I settled for a three post a week schedule and it allows me to do a better job researching and writing.

Comments: 504; Some comments were my responses to readers.

Revenue: I think the numbers for the first year are acceptable. They certainly need to grow, but I am happy with the start TWA has. Here is where the money came in:

Starting a project of this size always has a few setbacks and even an outright failure or two. I was completely disillusioned when I stared the TWA. I had no idea what to expect. A major personal finance blogger (MMM) was going to give me a shout-out. I expected blog traffic, but never anticipated the level of demand for my services personally. I’m still digging out and apologizing more than I should have to. I need to learn the word “no” better. Answering every request is impossible. What the above numbers don’t reflect is over 12,000 emails from people interested in personalized tax/financial services. There is such a thing as too much of a good thing.

My biggest failure in 2016 on TWA is deciding to publish every day in late summer and autumn. I made a few mistakes when writing. Normally a blog post contains plenty of opinion and my personal worldview. When I dig deeper I need to do more research. Thinking of a client when writing means I leave out important facts some readers might face. Worst of all, I wrote a paragraph of tax advice that was 100% wrong. A reader called me on it and I made a tiny change, but stuck to my guns. I reread the post in the last week and rewrote the entire paragraph. Some of the information was completely wrong. I don’t know what I was thinking. That is why I slowed down the publishing pace. Tax articles take more research and time. It is different from dealing with one person only and their unique situation. When writing I need to consider other possible issues readers will face instead of a narrow view based on experience with a particular client I recently worked with. For this I apologize and promise to work hard to never let it happen again. I do learn from my mistakes.

The last failure of 2016 to mention is traffic. Traffic could easily be higher. I know how to get it, but focused on writing only and not much else. Deep down I would rather write than manage a blog. From now on it is man up and do the job. It’s not that bad. It’s just that I like telling stories too much. I like talking.

The Wealthy Accountant: Tim Ferris always says you should set really big goals even if you don’t know how you are going to get there. So here are my 2017 goals for TWA:

Business: My tax practice is tied in too tight with this blog. My first goal is to separate the two at least a bit so TWA can act as a stand-alone company. Right now TWA is integrated into my tax practice. By year-end I plan on separating the two businesses with their own management.

I started a network of strategic alliances I will share over 2017 in blog posts. What I am building any reader can use and accounting firms should find it a powerful tool to increase efficiency in their firms. The payroll portion is done and once my clients are converted I will share so you can piggy-back what I built. Bookkeeping, taxes and other areas of the industry will follow once I have tested each program.

More employees have been hired and training is ongoing. The client base will increase, but I have no definite number goal because the size of the account makes a difference. I also don’t want to force the issue. If the workload is too large I have to say “no” to new clients to do a good job. Fewer is often times better. It is also important to separate from clients who do not fit the corporate culture. Now that my firm is growing fast again I need to stay vigilant in ending an engagement with a client who takes too much time.

Personal: Most of my personal goals are just that: personal. I save well over half my income and invest the majority in index funds. If opportunities arise I am willing to add a minor portion of my net worth into a new investment. My savings goals remain the same and income goals I wish to keep personal.

There are two goals I want to share publically. The first deals with investments. For many years my dad, brother and I owner a large number of investment properties around the state as a partnership. We sold the last property in 2001 and I had a few personally for a few years after that. I would like to add at least one rental property in 2017 to my investment mix as long as it returns an adequate rate of return, including property management expenses. I want a few rentals, but do not want the day-to-day management headache of owning investment properties. This goal is fluid. If I don’t find the right property at the right price I will take a pass.

My most important goal deals with health. Earlier this year there was a scare I passed away. It was a joke back in October to illustrate a point. But health is no joke. Quality of life is more important than quantity. An ample measure of both would not hurt my feelings.

Several years ago I pushed 220. For a farm boy this is still heavy as I carried a good portion around the waist. I decided to take up running and built my endurance to a level where I could run a marathon. My weight dropped to under 170 where I started to not feel well. When you run that heavy you eat a lot of everything.

My knees and lower back started to feel the stress of running so I cut back and don’t run often. I lift weights three times a week and get plenty of walking and other daily exercise. The problem stems from eating. I am still eating like I am running (too many carbs) and now push 210 on the scale. The weight is not as bad as before as I have a lot more muscle mass. Still, the midsection is showing off again. For 2017 I need to add at least a bit of running to my schedule and my diet has to change. Soda is out; alcohol (oh, it pains me to say this) needs to be curtailed; and a focused, healthy diet followed. My weight goal is 190. I’ll give updates.

It was an awesome first year at TWA. I haven’t felt this alive running my business in a decade or more. Once you reach financial independence and have an established business it all becomes automatic. It feels good to step outside my comfort zone. As much as I loathe travel I will doing more of that too. I am speaking at Camp Mustache SE on organizing life for maximum profits and minimizing taxes in less than two weeks. You cannot imagine the anguish this Wisconsin boy feels being forced to spend nine days in Florida in January. 2017 will be the best year ever. I hope to meet many of you along the way. Keep reading. This is a cult you want to belong to.

[…] you hear about this crazy accountant from Wisconsin promising to share his strategic alliances with readers only to discover he is a slacker. Until […]

Awesome man! I really enjoyed reading your stuff the past year. You are a force for good in the world. Keep up the great stuff in 2017.

Thanks Keith, I enjoy reading your blog. May I suggest that when we click on a link with-in your blog that you direct it to open in a new tab.

Sorry about that, Jerry. I normally do that, but neglected my duties on this post. I'll get right on it.

Great job with the blog and keep up the good work. I enjoy reading!

Looking forward to meeting you, Keith! It sounds like you have some exciting goals for 2017.