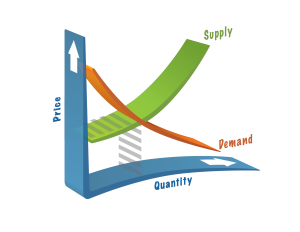 An old nemesis has returned to the United States and other nations around the planet: protectionism. These leaders, and the voters who bought their snake oil, falsely believe protecting their borders by building walls, taxing imports, claiming currency manipulation and threatening to dissolve trade agreements will bring jobs back home. They’re wrong.

What these well-intentioned people forget are the lessons of history. They forget about The Tariff Act of 1930, also known as the Smoot-Hawley Tariff, the one piece of legislation that hastened, accelerated and prolonged The Great Depression. People forget about the jobs created that did not exist before due to current trade agreements and the lower prices consumers paid for goods and services.

The misguided perception that jobs will be created for nations with trade deficits by preventing trade does not work. And we are dangerously close to poking the sleeping giant again. Once a trade war begins it is hard to stop the cascading effects. The damage is swift and painful with few options available less painful. Best to leave the sleeping beast where she is. But politicians sometimes have an agenda we all pay the price for.

But why do trade barriers cause job loss? If the U.S. has a massive trade imbalance, curtailing imports should bring the jobs home to create those products, right? It’s not that simple. Today we will explore why curtailing trade destroys jobs in all countries involved. Open trade is beneficial to everyone.

The Truth of Trade Wars

But history is clear this is not what happens. Restricted trade hurts all economies involved. The 1930 tariff in the U.S. hurt domestic businesses and foreign. Foreign nations instituted their own trade barriers to protect their local markets. It didn’t work. Even countries with trade surpluses suffered economic decline and significant job losses. It took World War II to really kick production back into high gear. Unwinding the devastating trade barriers were too difficult for any nation to handle unilaterally. Voters demanded trade barriers decline in tandem or that the other guy go first. The fear open trade would do additional harm to local economies froze everyone in their tracks. The lesson is clear: It is easy to set up barriers through unfounded fear and nearly impossible to tear down the barriers once erected.

Open trade took decades to develop. Large numbers of trade agreements fueled economic growth, jobs, and lower prices over the preceding decades. Decades of work with all the accompanying advantages are now threatened. Decades of work can be undone in a few months or even days, requiring additional decades to return to previous levels.

What is so amazing is how Americans cheered President Regan when he said, “Mister Gorbachev, tear down that wall.” are the same people cheering as America plans to build its own wall on her southern border. The same political party screaming FREE TRADE 30 years ago is the same party screaming PROTECTIONISM today. It is a dangerous time. 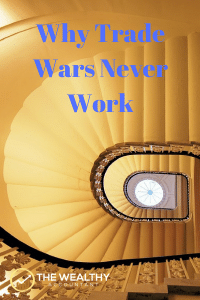 The logic jobs will come home if trade is restricted is wrong-headed. The reason production went to another location is due to costs or other considerations. Restricted trade reduces competition, thus increasing prices as supply is reduced or eliminated.

Think of it this way. Suppose Japan was sick of paying for imported oil. They decide to slap a massive tariff on oil imports or restrict foreign oil entering their market. What would happen? Would the oil industry expand in Japan? It might. But Japan is oil poor and no amount of investment will bring much additional domestic oil to their market. Alternatives would be explored. Solar, wind and nuclear could make up for some of the losses.

Still, with any amount of investment, Japan would struggle to bring additional energy supply to their market to offset the trade barrier losses. Even if Japan reached energy parity it would takes year, or more likely, decades, to replace the losses and at significantly higher costs. All Japanese products would suffer a competitive disadvantage as higher input costs would make all Japanese products more costly. Japan, in our example, would put an end to the trade deficit they have in the oil trade, but at a massive cost to the local economy. Higher energy costs would reduce demand for goods domestically and for export. Jobs would be lost from the trade barrier even though they eliminated the huge oil trade imbalance.

The same applies in other industries in other nations. The idea restricting trade with Mexico would bolster the U.S. economy is idiotic. Don Quixote had more sanity when he chased windmills.

What will happen if the North American Trade Agreement were scraped and trade between the U.S. and Mexico curtailed? Production of automotive parts and accessories would be brought home. But the reasons (efficiencies) for outsourcing the production would be lost. Price would be higher and it would take time to build the production facilities so the production jobs would be at minimum temporarily lost. Higher prices would shrink demand. That is the simple law of supply and demand. Higher prices, even if consumers demand more, will reduce demand consumers can actually afford. Their pocketbook will run dry before the same number of items is purchases. Therefore, fewer jobs are neded.

Worse, Mexico will now have fewer jobs and fewer resources to buy goods and services from the U.S. Even with a trade imbalance, the country with the surplus will suffer job losses and economic decline! The market for all parties involved is smaller since they are limited to their local market which is smaller than the world market.

Fewer domestic jobs slows the economy. Fewer foreign jobs due to reduced trade will reduce international trade, which means less demand, which must lead to fewer jobs and a declining economy. The idea of a trade barrier to protect a domestic industry will do exactly the opposite.

The problem starts when one country feels as if trade between them is unfair. Regardless the care taken to create a trade agreement, one side will have an advantage, even if slight. In most trade agreements there are multiple areas of trade that favor one side and other areas of trade favoring the other side. As time goes on and economies evolve, disparities can become acute.

Trade agreements work. This is not the time to scrap free trade policies; it is time to review trade agreements and make modest changes so all parties win. And trade is like that. Everyone can win! Yes, some industries will see job losses, but more jobs (usually better paying) will develop. Guarding your job like a mouse defending his stash is short-sighted and self-defeating.

Of course, you can always buy domestically produced goods and services whenever possible. It’s not always possible. But do you really want to do every darn thing yourself? I personally find no issue with Mexicans (in Mexico) producing auto parts or legal immigrants working in the U.S. I love doing many things myself, but I also have no problem with non-white middle aged men doing the work. My eye doctor is black and he is darn good at what he does. I’m not changing doctors due to his skin color. Are you nuts? Racism hurts the racist most of all.

We need to be careful our desire to erect borders is not really jealousy somebody else might be improving their life and their skin color, or religion, or gender, et cetera, et cetera is not the same as ours.

These are dangerous times. We need to tread carefully and think before we step. This is NOT an “us versus them” situation. Trade agreements do need adjustment. Immigration is an important issue for many countries. Planning is needed.

We can make our world, our nation and our local community a better place if we think as we move forward. Building walls are an unproductive use of resources. Regardless your nationality or political affiliation, President Regan was right, “. . . tear down that wall.”

QuickBooks is a daily part of life in my office. Managing a business requires accurate books without wasting time. Quickbooks is an excellent tool for managing your business, rental properties, side hustle and personal finances.

Amazon is a good way to control costs by comparison shopping. The cost of a product includes travel to the store. When you start a shopping trip to Amazon here it also supports this blog. Thank you.

My Tax Plan If I Were President | The Wealthy Accountant

[…] is just plain stupid. Tariffs are a tax on your own people! I would open the door to trade with all tariffs eliminated. If other countries don’t follow suit, […]

The History of Polarized Politics and Money | The Wealthy Accountant

[…] are not going to hell in a hand basket. The economy may falter from tariffs, but before long we’ll scale even higher heights. It’s almost unbelievable and then it […]

[…] (and a few readers) started asking me what is so bad about a tariff. I pointed them to a post I previously published on the consequences of trade wars, but there are still more questions. I’ll do my best to clear up the issues about why tariffs are […]

Well said. I think part of the issue is that many former American factory workers whose jobs were replaced with higher paying ones did not take advantage of them and voted for the protectionists. I'm not sure of what the best solution for that would be (assistance with retraining, placement, etc)