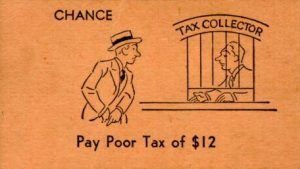 When life is good the revenuers have a way of raining on the parade. A large year-end bonus, mutual fund distribution, or large year-end sale at your business can crimp your tax situation in more than one way. A quick call to your accountant gives you the answer: Make an estimated tax payment.

But making an estimated tax payment can hurt you! A quick payment at the end of the year to eliminate a tax liability still subjects you to an interest penalty in many cases. What you need is a quick and dirty guide on estimated tax payments to avoid nasty surprises, and even better, a way to game the system. (Who doesn’t like gaming the tax system? It’s this accountant’s favorite pastime.)

Our goal today is to pay as little as possible for as long as possible. There are two reasons for this: 1.) The longer you keep your money the longer it keeps working for you earning interest, and 2.) When you know you owe money you start thinking of ways to reduce the liability you have to eventually pay. I understand interest rates are very low as I write this. Still, keeping you money invested longer in your account is better than paying the government. If you are in the “digging out of debt” phase of your wealth building, keeping your money longer means less debt for longer. Since debt interest is significant, the later you pay the better for you.

A looming tax liability provides plenty of incentive to reduce the overall tax liability in the first place. Never paying a tax or delaying the payment indefinitely is the best possible outcome. Writing checks to the government puts the matter to rest, but you no longer have a strong incentive to hunt for legal ways to reduce your tax bill.

Estimated taxes (or increasing your withholding) are not necessary in certain cases. Current tax law (I am writing this in early 2017) provides a safe harbor to avoid the underpayment penalty:

The safe harbor creates an air cushion which can set you up for penalties two years down the road. I always tell clients the first year is a gimme. The safe harbor rules provide an out for the first year of an income increase causing higher taxes. It’s the second year that gets you. Unless you owe less than $1,000, the last point of the safe harbor rules above come into play. It is easy for people to get lulled into a false sense of security. Then the tax bill in year two adds some serious interest to the balance due. We will deal with that issue in a bit.

Before we seek solutions to avoid the penalty we need to understand the due dates. (To reduce taxes so you never have to pay the tax, read the remainder of this blog. We are only talking tax liability today.) Many years ago Congress came up with a great idea to sock it to the American taxpayer without admitting they increased taxes by playing with the estimated tax due dates.

Since most people make equal ES payments during the year, Congress made the due dates a month early for payment two and three. Nice group of guys, don’t you think? Good for ruining a great party. ES payments are now due April 15, June 15, September 15, and January 15 the following year. If the due date falls on a weekend or holiday, the payment is due the next business day. If you look close you will notice your payments are due from the beginning of the year at 3, 2, 3, 4 months. The IRS bumped the second quarter payment up a month, then followed with three months, and finally allowing four months at the end of the year.

We’re Not Going to Take It

Sorry. Good song. (To my young readers: YouTube it. Kids these days. When I was growing up . . .)

Well, we have a problem if the rules above apply. What about those year-end mutual fund distributions or windfall profits showing up at your business in December? How can you pay tax on something you don’t even know you will have? Glad you asked. 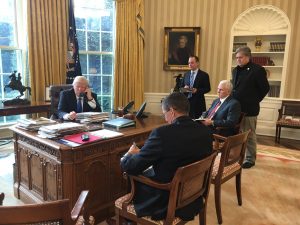 First, you can request a waiver in cases of casualty, disaster or other unusual circumstances. Disability and retirees (after reaching age 62) may also receive a waiver if they have a reasonable cause. Willful neglect is not a reasonable cause. Once again, the first year of underpayment is frequently a gimme. Year two will bite you in the tail without planning.

Second, you can beat Congress and the IRS at their own game. You only owe tax when it is due. The IRS assumes income is received equally throughout the year. However, you only owe tax for each ES payment as it is due. This means when you have only two months between the April and June payment there is also probably less income which can reflect in your payment. It’s called the Annualized Income Installment Method. This method allows you to calculate your tax liability on actual income, not an estimate. You need to file Form 2210 with your tax return stating your income and when it was earned.

Third, if you get to the end of the year and discover a problem, you can include the actual dates withholding from wages were withheld. This might reduce the underpayment penalty if you had high withholding early in the year. Retirees, especially early retirees, can run into this problem. The sudden shift in your tax situation might mean you owe, but plenty was withheld early in the year, eliminating or reducing the penalty. Form 2210 is used to report this situation as well.

An Easy Out Using Withholding Tax

This is where the IRS gets sneaky. They treat ES payments differently than withholding. Nice, huh? Estimated tax payments are considered paid when paid while income is annualized. This works to the IRS’ advantage. But, withholding tax is considered paid equally all year, regardless when actually withheld! This works to your advantage. (Sic’em, boy!)

An example illustrates how this works. Let’s say you have a side hustle that did much better than anticipated and you made no ES payments during the year. Or, suppose you own a tax office (ahem, we will not mention any names) and you make a lot of money early in the year but like holding your money for a little bit before transferring it to your rotten, good-for-nothing uncle. (Yeah, I’m talking to you, Sam.) As the year-end approaches it dawns on you a tax penalty is in your near future. Thankfully, you read that crazy accountant guy’s blog.

The fix is easy. You visit the HR department of your employer and change your W-4, increasing your withholding to the level needed by year end to meet the safe harbors at the beginning of this post, thus avoiding penalty while keeping your money as long as possible. Remember to change your W-4 back when the New Year begins.

If you own your own business you can easily do the same thing. Increase your withholding to meet the safe harbor rules. As a business owner you can also give yourself a December 31st bonus check that is mostly withholding to cover the tax issues.

If 2/3 of your gross income in 2015 and 2016 was from farming or fishing, instead of using the 90% listed in the safe harbor at the beginning of this post, you use 66 2/3% of the tax shown in 2016. Also, estimated taxes for farmers and fishing can made only once on January 15th, or the next business day if a weekend or holiday. Better yet, file and pay your taxes by March 1st and no estimated taxes are due and no underpayment penalty.

Single to joint return: Estimated tax payments are calculated using the sum of both prior year returns. The prior year combined income determines 100%/110% threshold.

Joint to separate return: You will need to recalculate the tax you would have paid using the current year filing status. Then you multiple the tax shown on the prior year return by the following fraction:

Better yet, just owe less than $1,000 or hire a tax professional is this situation. The underpayment penalty you save could more than her fee.

Lucky enough to get a very large signing bonus to change firms this year, and am expecting a very significant tax bill as a result. But I received federal and state refunds last year. How close to I need to try to get the bill, if at all? Even paying my entire salary for the rest of the year would live a five figure shortfall. Not concerned with being able to pay next year when I file my taxes - I'm good for it - just don't want any unnecessary payments, penalties, or scrutiny.

Currently, the safe harbor 110% of last year's liability to avoid interest and penalties, as long as you pay by the due date.

Hi Keith, thank you for writing this article, it is very informative!

Does the IRS have any rules against submitting a W4 that claims more deductions than you will be taking on your year end tax return? For instance, if I want to back-load my tax withholdings, I would submit a W4 claiming low taxable income for the majority of year, then make extra withholding payments in the last few months of the year. In looking at the current W4 form, it looks like you would accomplish a low taxable income by claiming a large number of deductions to reduce your estimated annual taxable income. Assuming the minimum tax withholdings and safe harbor would be met by the end of the year, does the IRS issue any penalties or the sort for submitting a W4 form that would claim a large amount of deductions (ex. $80k of deductions on $100k income) or drastically changing your W4 during the year?

I will take my first RMD in December 2018 and it'll cause my income to jump. Can I have them withhold 110% of my 2017 tax and pay the remainder of tax due in April 2019 and not incur Estimated Tax penalties?

If you take distributions from an IRA (or inherited IRA), you can designate between 0-100% to be withheld for federal and state. And similar to W-2 withholdings, the IRS treats it as if it were taken evenly throughout the year.

This is the only positive thing about RMDs especially if you have no W-2 income. You can estimate your tax liability for the year and if it's less than your RMD, you can just withhold that amount the few days of the year.

So, we didn't plan well. It's already December and after changing W4's to withhold our entire paychecks, we're going to be massively short of the 110% safe harbor. The year 2 underpayment snuck up on us, as you warned.

What are our options to minimize penalties? I still have no idea what my estimated 2017 tax liability will be due to investments, but I could: 1) make a massive payment to the IRS now hoping that it will result in a refund when I actually file, and waiving any underpayment. True story or no? 2) make the same massive estimated tax payment to the IRS now hoping for no underpayment penalty 3) hold tight and hope that first offenders get a pass. True story? 4) hold tight and wait for the bill. 5) other?

Julie, withhold as much as possible from W-2 wages. This is considered paid equally throughout the year even if back-end loaded. Make sure you fill Form 2210 manually! If investment income all came in the last quarter your ES payment will be considered timely and no penalty or interest will apply.

If you pay by the due date the only penalty is interest and not abateable. The sooner you pay the less the interest on the balance.