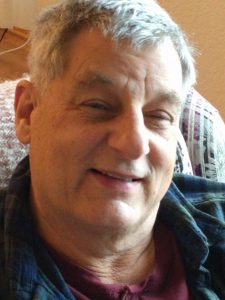 JL Collins is more photogenic than he lets on.

The wealthy, well-connected and powerful have controlled the masses by colluding in secret meetings as long as civilization has existed. The powerful retain and expand their hold on governments and common folk as a result.

Power works best when it plans and executed from the darkness, far away from hidden eyes. Some secret societies have become well known. The Illuminati is now a household word, even if their actions are still closely guarded. Other groups are known, but details are completely missing.

The wealthy have a habit of meeting around the world. These gatherings are media events. News outlets are eager for any droppings they can publish. All the good stuff never leaves the room

You probably heard of some of these groups. People in finance are well aware of the meetings in Davos and Geneva every year. The Bilderberg Group is less known, but no less powerful.

The wealthy and powerful control the masses by controlling the economy and determining which nations face war. Until now these secret societies and loosely formed groups of power-brokers had no competition. Today that has all changed.

Deep in the woods of Wisconsin a meeting of very powerful men (and a few wives to make sure the men did what they were told) gathered to carve up the world. The powerbrokers of yesteryear never saw it coming. Their wealth was made impotent in a matter of a few hours.

Carl (1500 Days), JL Collins (jlcollinsnh) and your favorite accountant huddled around the fireplace (it was cold, windy with plenty of rain, geesh!) as we fleshed out our devious plan to concur the world. The old guard, the unknown names of power and the uber-rich celebrities like Warren Buffett, were systematically replaced.

To the dismay of many, even our fearless leader, Mr. Money Mustache, was relegated to the back burner. (He should have been here if he wanted to retain his hold on power.) (Note: he wasn’t invited.) (Another note: He’s going to be pissed when he finds out.) MMM started the whole cult thing and now he is going to discover what happens when his minions (all three of them) rise up and overthrow the bourgeoisie. Meet your new overlords, people. WE RULE THE WORLD NOWWWWWWW!

You better get used to the New World Order. Pete (Mr. MM) used a hands off approach. His days of gently encouraging financial discipline are over! Your new masters will NOT be so gentle and kind. Laws will be passed; governments overthrown; lives sacrificed (your, not mine (I’m allergic to pain)).

Pussy-footers beware! Kiss your credit card debt and Hummer good-bye. Gone are the days of wasteful and reckless spending. SUVs will be driven only by people who actually need them and only when they are loaded to the hilt.

Worst of all, slackers, your favorite, if no longer friendly, accountant has taken control of the council at the conclave and instituted his personal agenda. By decree, all employees and business owners are required under penalty of death to max out their retirement account. (I see you trying to sneak out in back. Might I remind you of the little red dot glowing on your forehead?)

Next, all required investments are invested in broad-based index funds over at Vanguard. John Bogel wasn’t at the conclave, but we deified him as our patron saint. (I know that doesn’t work if you think about it, but this is my blog and I can say anything I want).

Just for the record, this accountant pushed through our Congress of three a Prime Directive: tax preparers get paid double. It’s the single law to serve the sole special interest we deemed worthy of excess spending.

The Wages of Sin is Poverty

I know, I know. You are worried your new masters will be cruel like the old ones, stealing your money, forcing you to work an unsatisfying job for life without any kind of retirement in sight and destroying all pleasure in life. Never fear, my minions. 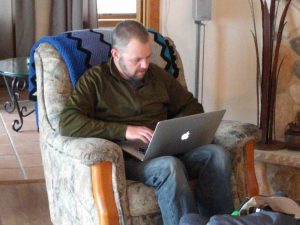 Mr. 1500 Days planning his overthrow of the Old World Order.

The leadership of this cult is different. We don’t steal your money! We don’t even ask for a modest donation (except for that tax prep fee thingy). Better yet, we demand you keep your money!!! The world, nay, civilization has never seen anything like this before. The New World Order wrought upon the people of our age will finally allow us to realize the promise of the Age of Aquarius.

Debt will decline, but not disappear. Business debt, mortgages and a few other worthy uses of money are allowed. Excess debt will be something you need to read about in the history books to understand, if anyone can understand such a caustic behavior without experiencing it.

But word has reached the conclave that a resistance movement has developed. There are diehard spenders, armed with maxed out credit cards, crappy jobs, and driving their 12 mpg SUVs headed this way. What will we do? Will our heroes of this new paradigm be doomed before they establish their iron fist? Stay tuned for next week’s episode: The Rise of the Index Investor or Can I Drive Something Reasonable Now?

Whew! Danger has been averted due to the SUVs running out of gas and the angry mob short of cash to fill the tank. It was never a serious resistance anyway. The straw man arguments were nothing more than thinly veiled attempts to keep crazy spending habits. It never has a future.

The laws in our new land are simple and few. Respect tops the list. Responsibility is listed right next to it. The old order encouraged crazy money habits. Spending in the name of saving a non-entity called the economy is NOT allowed in our world ever again. The “economy” will do just fine without a massive overload of stupidity to feed it.

I Can’t Fix You

As we turn serious I must point out I can’t force you to take control of your life and destiny. The message is simple: Save half your gross income and invest in broad-based index funds. Once you reach the magically milestone of financial independence you can spend differently, even more, as long as it is responsible spending and doesn’t put financial independence at risk. 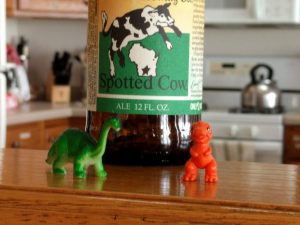 You control your future! Our conclave discussed the topics I joked of earlier. But it is no laughing matter for those under the bitter whip of insane financial behavior. I, and everyone in the FIRE (financial independence, retire early) community, have no control over what path you choose. The truth is, our conclave prayed hard you would make the right choice, to join us, to feel the freedom only financial independence can bring.

Freedom gets a lot of press. People want their freedom. But what good is political freedom if you are a slave to money? Money feels nothing! It will cut you, hurt you, leaves you to die without one single emotion. Yet money is a double edged sword, a double edge with one side that heals rather than cut. The same emotionless money can be made a slave without any distress on your part. You are harming no one; only putting money in its proper place.

Money, if it has any feelings, would feel loved and wanted going to work creating more money. Investing does just that. Your little soldiers of fortune invested, get to work instantly creating more little monies. Those little tykes instantly take after mom and dad and start reproducing themselves too. And they’re happy! You will never see a happier stack of money than one working to reproduce itself. Only squandering every dime you have drives money to tears. Be kind. Allow money to reproduce.

Remember, it’s the law. I was there when it happened. At the conclave. Where people and money for the first time in history were allowed to live together in harmony.

P.S. If you see any of our conclave members, ask them about the dinosaur.

Travel the World from Your Doorstep | The Wealthy Accountant

[…] Jim Collins visited Wisconsin earlier this year I was willing to travel an hour and a half for Conclave. Carl from 1500 Days and his friend, Brandon, joined us on that wet and cold weekend. On the way in […]

Friends All Over the World | The Wealthy Accountant

[…] I knew why Pete did it. If I would have known how special these Conclaves are I would have been more jealous […]

They’re All Dead | The Wealthy Accountant

[…] and Carl enjoyed more personal time with me as we spent a long weekend at Conclave. We email off and on since. More so with Jim as he is also now a client. I owe Carl a guest post. […]

[…] *The Simple Path to Wealth by JL Collins: There is a reason I am recommending this book again. Jim Collins has produced what I consider one of the best books on investing ever written. Taken from the pages of his blog, Wealth is pulled straight from his stock series. Before you jump ship on me, understand this book is not about pouring over stock sheets and financials searching for the next good investment. Instead, Collins’ approach is simple: simple to read, simple to follow. The writing is crisp, clean and to the point. This is the perfect book for the restroom (sorry Jim) or ride to work. Each chapter is self contained, yet part of the whole. I am certain you will read this book again and again as I have. I keep finding myself re-reading chapters as a reminder to keep it simple and safe if I want to grow and maintain my wealth. (If you want to read about how the author and Collins nearly took over the world, read here.) […]

Get There Before You Arrive | The Wealthy Accountant

[…] will get there sooner than planned. Just watch and see.” Little did I know Mrs. Accountant and I would spend a weekend with the guy years […]