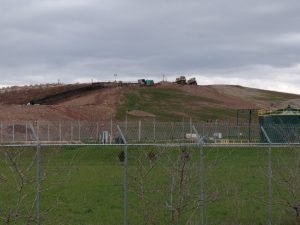 Dreams are what make life worth living. As the years stack up we can look back at our lives and see the progression as life moves toward where we are today. Mistakes of yesteryear lose the edge of anxiety while still providing plenty of experience to draw from. What seemed like a good idea back then is painfully obvious today.

And then there are the things which blindside us. A perfect plan executed with precision yields the results we want before life throws one of the curve balls we hear so much about. Today’s story is about a man, me, who did everything right in this instance and still took a swift foot to the crotch.

So the record is straight, it’s your fault. Well, not exactly your fault unless you live in NE Wisconsin, but still your fault because you did it in your own community. Shame on you for acting the way you do. The worst part is you hurt neighbors and friends and now it will be your turn to stand still with feet slightly apart as the community takes a running start as they drive their foot home.

You’re not going to like what I have to say, but you must hear it. This is important. Your happiness is at stake.

There Once Was a Boy

There was a boy, me again, who grew up on a farm. The work was hard and dirty. The boy wanted to get away from that kind of life and managed to break away. Freedom was at hand. First he moved to a small town, buying a home and reading all day. He was happy.

A few years later a sexy young lady showed up and captured our hero’s heart. Before long our happy boy was married. Once again he moved, this time to a slightly larger town. The reason for the move this time was to establish his business. A few years later the business was on solid ground with its own storefront; no longer was the business run out of the home.

By now the boy was an adult for many years so we can call him a man. He was a sad man. He was happily married, but something was missing.

And that was the problem. When not working his business the man wanted to read and it was hard as his mind wandered to the horizon. He knew what had to be done. A small farm came up for sale near where he grew up.

Excited, he made an offer. But it was not meant to be. Someone beat him to the punch and the farm had an accepted offer. But the young man was told by his dad that the buyers were having problems getting financing. Our hero moved in and convinced the sellers to accept a contingent offer should the first fall through.

It did. The man was happy again. He owned a farm a mere mile from where he grew up; ten acres all his very own.

Now the man could raise steers and chickens on his small plot of the world. A decade of happiness passed as his business life and home life with his family and animals continued to please. Then a terrible rumor stirred in the neighborhood.

Nice Place You Have

It takes work to own a farmstead. There is always something needing attention. It’s all worth it. The ten acre farm now had a two acre pond and the old farmhouse was remodeled to include a hot tub in the 3,000 square foot castle. Beautiful fields and woods surrounded the farmstead, making the area a paradise.

By 2008 the farmstead was valued at over $450,000. This was still a reasonable valuation since in many parts of the nation the same property would be worth many times more. The rural backwoods kept the price low. But it was about to get a lot lower.

The housing crisis arrived at the farmstead. Never worry. Our humble hero is frugal, a saver and an investor. He paid the farmstead down and could easily retire the remaining mortgage if he wanted. There was no risk he would lose his dream home.

Except for the landfill. The township leaders were an unenlightened group of nitwits who sold out to the corporate interests. It still amazes they didn’t let the corporate execs have a night or three with their wives. Maybe they did. Anyone willing to sell paradise to live in a landfill would surely sell anything, including their soul.

The corporate interests did not take long to start hauling in the garbage. The landfill is now the highest elevation in the county. What a legacy the nitwits left in their wake! The hill got taller and taller and the mound longer and bigger in every direction. 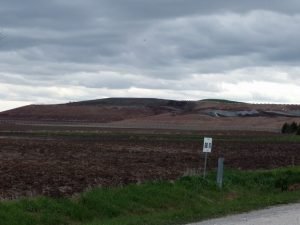 The Value of Happiness

The value of real estate around the country regained all the lost ground of the crisis, except for our humble hero’s farmstead. A landfill is not a great way to increase property values. The township is now known as the dumping ground. Other businesses have zero incentive to relocate there unless they have more garbage to dispose of.

I don’t know when it will happen, but it will. My days are numbered here. The landfill gets bigger by the day and my property will never reach the value it should. The quality of life is gone as the garbage heap reaches higher and higher. The potential for a leak or other pollution plumb is too great to risk my family. I’ll let the nitwit leaders take their chances. Besides, a little cancer never hurt anyone as long as they save a couple hundred bucks on their property tax bill.

I sold my last steers a few years back. I made an excuse about beef prices, but the truth is it was the first step in my plan to live elsewhere.

This is my home. I lived here longer than anywhere else in my life, 22 years so far. Where will I go? Doesn’t really matter; it will never be home. To my dying breath I will dream of the home I now live in, my animals, my land. It is all gone; all that remains are the final steps.

My youngest daughter graduates in a year. Then there is no reason to stay. My heart is heavy.

It’s Your Fault (and Mine Too)

The reason I am losing my home, my farm, to paradise lost is because we humans are idiots. We buy stuff we don’t need and then throw it away.

The massive mound a few miles from my home is a testament to all the stuff people had to have, but later discovered, did not. How much wasted money sits out there in the clay? I can only imagine. And people complain they are broke. Really? Broke! Go figure.

Landfills are a warning, and reminder, of human folly. Bursting landfills are a symptom of overconsumption. Credit cards are maxed out at 18% interest and the bill isn’t even paid before the mound outside my front window grows a bit higher.

The price is dear to you, my friend. But what about the price to me. My contribution to the landfill has been disproportionately small. The waste my household produces is nearly 90% less than the average American household. My business also has a modest ecological footprint. This is by design. I plan accordingly to keep waste as low as possible. I don’t like buying stuff just to throw it away.

I pay an additional price for your wasteful ways. My farm is worth at least $200,000 less than it should be, maybe more. The loss will continue to widen as time rolls on.

What did I do to deserve such treatment? I spend less, save and waste very little. And still the price is extracted.

There is also a price money cannot account for: love. This is my home; at least it was. Soon it will be gone, owned by someone willing to accept the garbage and lower property value into the future and beyond. I don’t care about much: Mrs. Accountant, my girls, parents and extended family. And my farm. All the rest means nothing. All the other stuff is just there to fill time: work, investing, writing.

I can hear you through the computer screen, “It’s not my fault! I don’t live anywhere near you. IT’S NOT MY GARBAGE!”

But it is your garbage. I see the overflowing basket in the kitchen and the can of soda in your hand. You may not live near me, but someone in my same position is paying the price for your waste. If the landfill leaks toxins it could easily shorten the lives of the people near your landfill.

Every piece of garbage has a price. Each time you buy something only to discard it — packaging, for example — you are adding to the problem.

It doesn’t have to be this way. You can save a wayward accountant, an old man clinging to his childhood vision of life as a farmer, by ending the waste. You, and only you, can make a difference. Only you can save me.

I am not asking for myself, however. In truth it is too late for me. My farm, my dream, is gone. There is only emptiness in my future. No amount of money can save me now. And when they are done destroying me, they are coming for you next.

Good article that is a testament to wastefulness in our society.

Almost makes you wonder though. Even with your small environmental footprint if by investing in the very companies that profit off the wastefulness (and encourage it by design) you are still a major part of the problem. No real way to have clean hands in this.

I could not agree more, Matthew. This is a societal issue. Regardless my efforts, money still circulates. If I spend it harms the environment; if I invest, companies will grow and create more waste. My goal here is to convince people to consume less which does help, even if only in a minor way. I hope readers think about it. The last sentence was meant as a call to arms. Perhaps new technology, Tesla products, can make a fundamental difference in the way we live. I am an optimist, filled with faith our species will solve the problems.