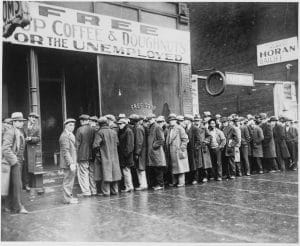 Berkshire Hathaway Inc. held their annual meeting this past weekend. Warren Buffett noted some of his failures over the previous decades (missing Amazon, for example) and Charlie Munger added Google as a big miss. Both men agreed they’d continue missing many opportunities in the future. Buffett and Munger made it clear they learn more from their mistakes than from their successes. They felt winning was a poor teacher as it fooled people into thinking they were right.

Steve Jobs had some Syrian blood and was raised by adoptive parents. Armed with only this information it would be hard to imagine a path that would lead to Jobs creating a company which would become the largest on the planet by the time of his early death at age 56. The odds were stacked against Jobs, yet he rose above the travails and changed the world.

Elon Musk was born in South Africa. His parents divorced when he was nine. It would be hard to see a path for this young boy where PayPal would be part of his future followed by SpaceX, Tesla, Solar City and a growing list of additional companies.

Tough times. We hear about them all the time. Rarely is found a successful person who doesn’t have baggage in the closet. Show me someone who never had problems and I’ll show you someone who is mediocre. The exceptions are exceedingly rare.

Yet, most people have hard luck stories in their past. Why does a difficult time in life, especially early on, define so many successful people? And why do people with the odds stacked in their favor frequently end up average at best?

When the Going Gets Tough

Everybody has those days. Steve Jobs was raised by adoptive parents and later lost his company only to get it back and send Apple to heights no corporation has ever scaled before. Yet so many people fold when difficulty arises. One abused child grows up and does incredible things while another ends up in prison, a product of her own demons.

Buffett was right; mistakes, and how you deal with them, define who we are. Tough times should not be feared! Tough times are an opportunity to build character and learn. When life is roses we tend to party because we delude ourselves we know it all. A bat to the side of the head has a way of focusing attention.

Cortez, when he arrived in the New World, ordered his men to burn the ships. Cortez knew it had to be done. His men were outnumbered in strange new world. If there was an option of retreat his men would eventually find a reason to take it. Cortez knew the only way forward was to remove any possibility of retreat.

Tough times are like Cortez burning the ships. Think back on times in your life when things were really bad. I bet you had little to no control over the situation. It was bad and you could not see a way out, at first.

What changed? Maybe you faced the death of a loved one or divorce. Worse, maybe you were abused as a child or a battered wife. You felt helpless and out of control.

The ancient Stoics knew what to do. Epictetus taught us to let go of the things we do not have control over. Since the only things we can control is how we interpret a situation and how we respond in our mind. A child suffering abuse cannot control an evil parent. All they have is what is inside.

I wish no one such a tragedy. Learning from tough times is one thing, but it doesn’t have to include abuse. But it happens. It happens to prisoners of war; it happens to children; date rape happens among so-called friends; divorce and death of loved ones will happen. Not might happen; will happen. And there is not much you can do to prevent it. If cancer is going to strike, it is going to strike. Your only recourse, your only control, is your head. Only you decide what goes on there.

I throw around household names, yet there is an endless supply of examples in your own community. I bet if you look behind the curtain of successful people in your community you will find terrors. The abuse shelter is run by women who suffered abuse. They can’t change the past, but they can do something about the present. A police officer suffered a terrible crime as a child; the wealthy businessman was so poor as a child she sometimes missed meals. These people suffered to such an extent that it left a scar, a scar so deep it defines who they are today.

My own story is one of growing up in poverty in a very rural community. After the family farm was gone my dad had a business fixing agricultural equipment. Those early days were scary. One day my dad kissed my mother good-bye. I heard him tell my mother he did not have enough gas to get back home if he did not make a sale that day. There were no other options. He sold one link in an industrial sized chain for $50. My dad returned home that evening. His business grew well into the seven figures in sales and a modest number of employees year later. But it started from great tribulation.

That day has never left my mind. It was 34 years ago. In my mind there is no other option, the ships were burnt. In my mind there is no room for quitting. No retreat. We all run from our pasts and I run quite well from mine. Once we know a man’s story we start to understand why the man is as who he is. Only then can we empathize. 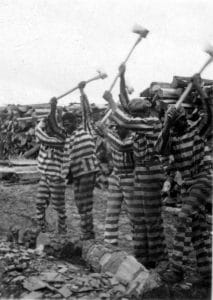 What about you? Do you struggle with money? Relationships? Retirement? The reason could be things were never tough enough on you. When things go good all the time it is easy to delude ourselves we can run up the credit card bill and afford gas-guzzling SUVs. The problem with having the great job from an early age without risk of unemployment is that you have no incentive to change. Sure early retirement sounds nice, but things are pretty good as they are so you settle in at mediocre.

But who wants to be mediocre? Your dreams can be much smaller than those of Steve Jobs or Elon Musk. Changing the world is one thing; changing the life of your significant other and children is certainly a worthy goal everyone should have.

Yet, with life all roses, you stick to the old plan of long work hours in a job you despise. You miss the kid’s baseballs games and other school events. You are miserable inside, but this is not tough times, my friend. Tough times are more than just a mild inconvenience.

Tough times might be the ticket to higher levels of success, but who intentionally encourages tough times? A crazy man, that’s who! You don’t have to shoot yourself in the foot to gain the benefits and lessons of tough times.

I want to show you how to do an exercise called negative visualization. It’s nothing bad or harmful. What negative visualization does is allows you to see the worst possible outcomes and helps you deal with these possibilities. Once you are done with the exercise you will be refreshed knowing these bad things didn’t happen to you and if they ever do you have nothing to fear. 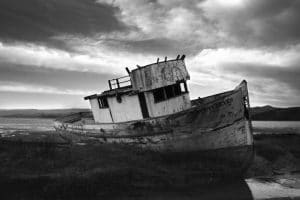 When I negatively visualize I do it in a quiet place so I am not disturbed. This works best when there is plenty of time for you to work through the exercise without interruption.

You can lie down on a bed or couch (my preferred method) or sit lotus-style with hands on knees. Close your eyes and relax. Steady your breathing. (You can also do this while taking a walk or running or clipping lawn, et cetera, anyplace where you can think uninterrupted.)

Each session should include only one issue. For example, imagine the death of a spouse, parent or child. Other things to visualize are poverty (loss of possessions) or disease (cancer, et cetera).

With your eyes closed and your breath steady, imagine the loss of a significant other. Really dig deep. What would you do? See it. Walk through the process. This takes time. Something as deep as the loss of a spouse can take an hour or longer and more than one session. The loss of a job might take less time unless job loss is imminent.

The important part is to really feel it. Your brain can learn from imagined hard times as well as real-world tough times. The deeper you feel it and internalize it the better. When you are done you should feel grateful you are so lucky as to have your spouse, job, heath. You also have the experience of the loss. The pain, if it is really felt, allows you to mentally burn the ships so there is no option of retreat.

We spend our lives avoiding the unpleasant. If we are really good at it and really lucky, we may never face many tribulations. This is a double edged sword. Living an awesome life is the dream, but a life too good all the time takes away the flavor or incentive to reach for more.

You must do this. Negative visualization helps us cope with serious issues when our minds are not under the stress of the actual situation. No matter how awesome your life, family members will die, disease will intrude, accidents will happen. By preparing now you give your mind the power to cope when the inevitable happens.

Tough times happen to all of us. It has nothing to do with how good a person you are. Job loss happens, businesses can and do fail, loved ones get sick and we all die. A few moments in quiet contemplation now can give you the strength to handle those moments of crisis. And by creating artificial tough times you will have reference points to motivate you to do what you know you must do.

You are the solution.

[…] I share my failures in business (and sometimes in life) because that is where the opportunities to learn exist. Plenty of successes brought me to this place. Bragging about the times I knocked it out of the park would waste both our times. […]

This really hit me. I have had some setbacks hit me recently, and thought the best way though was to work better on myself. Seeing this confirmed my thoughts. While there's some darkness right now, I hope to make it through the other side brighter.