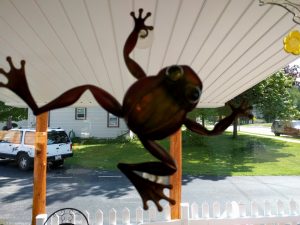 Show me a successful person and I’ll show you someone with deep seated pain. Pain is a powerful motivator. Few can reach lofty heights and keep pushing without underlying pain driving them forward.

Steve Jobs said you have to be “. . . insane to do this. . . ” when he discussed why he worked so hard to achieve so much because “. . . it hurts so much.” He expanded the insanity to include all successful people. It doesn’t matter what it is you are the best in. Being the best and marching forward after attaining the top is an exercise in pain regardless the field.

Some are satisfied with “good enough”. They are the lucky ones. Normal people attain a certain level of success and sit back and enjoy it. You see these people everywhere. They are the upper middle class people lucky enough to have reached the level of “having it” or “made it” without the grinding pain from earlier in life driving them on.

Then there are the people we see in the news on a regular basis. These are the business leaders and entertainers who never are satisfied with their performance even when they have reached so high they have cut new ground. They climbed to the top of the mountain and started building the mountain higher. What drives these people? And are you one of them?

You don’t choose where you are born or the family you are born into. Throughout life, things out of your control mold who you are. Some people cower and hide. Others leave the safety of the nest and go on a mission of discovery, driven by the pain, looking for the control they so desperately need to understand their own life.

One doesn’t need to look far to hear the pain these super-performers deal with daily. It is no surprise to learn the Loony Tunes artists who gave us the classic Bugs Bunny, Daffy Duck and Elmer Fudd cartoons frequently came from a painful past filled with abuse. Abusive fathers warped these young boys who later grew up and made us laugh so hard. They made us laugh, and laughed themselves, because the alternative was even worse. They worked hard and never stopped working once they had enough to step back. The pain cut too deep. They ran and kept running to keep the pain at bay.

Today we see the same thing with modern performers. The popular music group Imagine Dragons has numerous hits to their name and still they keep performing. Why? Maybe the words of their songs can give us a clue. Listen to the words of their hit: Shots:

And later in the song:

I’m sorry for everything
Oh, everything I’ve done
From the second that I was born it seems I had a loaded gun
And then I shot, shot, shot a hole through everything I loved

Of course this could be a one-off song written in moment of depression. Perhaps we should listen to the words of their massive hit single: I Bet My Life:

The words drip with pain and anguish. We can even imagine what it is they are suffering from as they struggled to perfect their art and gain recognition for their work.

We could go on about entertainers who sing, act or write about the painful loss of a child or loved one. We could talk about the super successful business owner with millions to her name, fame and respect within her community, enjoying parties with the in-crowd, running from the demons that just will not die. Running from the memory of a drunken father hitting her again and again or raping her repeatedly. Running from a brutal date rape. Running from the betrayal of a friend that took advantage of her.

The key word is running.

Can I Do Anything Right?

Recently I gave my first ever comedy skit. It went over well. People were practically on the floor (except for the sourpusses) laughing. They even chanted my name at the beginning. I’d say it was a rush, but it wasn’t. I kept thinking about what wasn’t working. It has been a week and I am still playing the scene over and over in my head working the entire skit for areas I could improve. Good is never good enough for me. 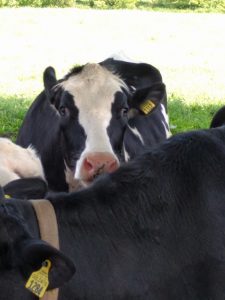 Of course that is a symptom. This pattern in me did not magically appear in the last week. I have a successful business and plenty to retire on, yet I never rest. As Jobs said, You have to be insane because it hurts so much. Am I insane? (Don’t answer that.)

The way I act today is a direct result of the events in earlier times of my life, most notably when I was most impressionable as a child. There are stories to tell, just not today. Some wounds never really heal and some stories need time to see the light of day and some have to wait.

From an early age I was driven. My family joked about all the crazy business ideas I had growing up. I was an entrepreneur before I knew the word existed. I still need to look up how to spell entrepreneur.

Self deprecation is a powerful speaking device to gain acceptance. Rarely do I make someone else the butt of my jokes. I expose my failures frequently as a learning tool for me, but also as a learning tool for you. Success is a poor teacher. Showing someone else’s failures never has the punch of exposing your own. It also allows people a peek inside my life to see it isn’t all glory as it sometimes appears to people who don’t know me well.

Frequently I refer to my writing as “hack”. I guess it is a matter of opinion. This blog has received accolades for the writing and editors and agents have requested to the point of demanding I turn over a recently written work for consideration for publication. Rare is the instance when I do. Publishing here is easier because I don’t have much time to think about what I wrote before hitting the “Publish” button. I love writing fiction, but what if my fiction sold well? I’d have to keep writing more! I have it in me; the stories that is, but the time necessary to do it right is another story. (Doing it “right” by my definition.)

And Now We Talk about You

How many goals did you already conquer? What did you do once the goal was achieved? Made another goal! Financial independence is NOT enough. I get it. FI is so easy in our modern world it is almost a laughable joke. Ten to fifteen years is all it takes if you are serious. The newsfeeds are riddled with people retiring by age 30 or soon thereafter. It’s almost like you failed if you haven’t broken seven figures in your index fund by 35.  What have you been doing with your life?

You see, Steve Jobs, the guys at Imagine Dragons and your favorite accountant are not unique. We have pain just as you do. That thing you did as a child that ended up with someone hurt still haunts you. Nobody probably even remembers it anymore other than you.

Too many children are abused. Why does one child crumble under the weight of abuse and another climbs the highest mountain and keeps climbing to the sun? The answer is here (pointing to my temple).

Every faux pas is not a disaster. Your brain sometimes interprets it that way. Something you did 30 years ago still haunts and drives you. The driving part is okay if it isn’t excessive and harming your health. The haunting needs to go, however.

How you deal with your pain determines how healthy and well-adjusted you are. You made a mistake. So what! I have news for you. You will make more! Many more! I know it is cruel to say it, but it is true. You will, with the best of intentions, fail. The alternative is to crawl under a rock and wait for the Grim Reaper. Not much of a choice.

This post started as a very, very dark listing, indeed. I started writing notes a few days ago and the notes extended longer than the actual post would be. And it was dark. It was so depressing I started walking to the barn with a rope it was so bad. It was the wrong message I wanted to send.

Many times I know where I want a post to end. In this case my dark post had a happy ending, but it was too short on happiness and hope compared to 1,500 words of dire. Even the ending dripped with pain.

After thinking about it for a few days I found a way to convey the message in the manner I wanted. I hope you agree it was worth the extra effort. The ending I have in my notes is too important to leave on the cutting floor. Here are the final words I had originally planned without edit. I hope they move you as they did me:

Your pain and failures will make you better if you allow them. But they must not consume you. At some point you must let go of the pain. It is okay to relax. The monster will take a break when you stop. When you are ready to run some more, the monsters will renew its pursuit.

I am so tired. So are you. It is time to stop running. To rest. You have already made it. There is nothing left to prove. And after your nap, when your energy is renewed you can RUUUUUN!!!

Here is to all the losers of the world. No matter how high we fly we will never reach the sun.  So we fly harder and harder until death gives us the peace we always dreamed of.

Really liked this post. I am going through my own failure right now. You post makes a whole lot of sense and brings a closure. I reached the stage of "acceptance" by the time I read the ending.