This blog post is part of the Suicide Prevention Awareness Month blog tour in partnership with Debt Drop. If you are feeling suicidal, please call the National Suicide Prevention Lifeline at 1-800-273-8255 or text HOME to 741741.

It started in the most unassuming way. Via letter I was introduced to the charge-off receivables industry by a Tennessee hedge fund that used a Texas firm to handle their collections. The hedge fund put me up at a 5-star hotel on a PGA golf course. I wasn’t impressed by the largesse. I prefer more Spartan living even when traveling.

The charge-off receivables industry is a dirty business. Charge-off receivables are delinquent debt sold to a third party for pennies on the dollar. As an example, credit card accounts 180 past due require banks to either book a 100% loss on the account or sell the bad debt, whereas, they can use the sale price as a partial offset.

Credit card companies never lose. An account in default frequently brings 15% or more as “fresh” debt for the charge-off receivables industry. The debt buyer scrubs and grades each account. Some are slated for legal action, others for simple phone calls and letters.

Within an hour of buying a package of debt a LexusNexus report tells us everything we need to know on every account we bought. The report tells us where the debtor works, what bank accounts they have and balances, assets owned, and more. Armed with this information we let our dogs loose demanding payment. In short order many of these debtors have suit filed against them. I was called in for a reason. I know how to collect; to hell with the consequences.

Two years later I was burnt out due to the traveling. In my mind this would be the last I saw of the charge-off receivables industry.

Two years later one of the insiders I consulted with called. He wanted to start his own hedge fund in the charge-off receivables industry and he wanted me as a partner rather than advisor. After plenty of arm twisting I agreed.

Three years into our very own hedge fund throwing off a 28% average annual return my partner had a personal issue requiring him to leave the fund. A new fund was organized. Investors of the old fund could walk with their 89% gain or roll funds into the new fund where I was the sole manger.

There is a slight head rush to being the top dog at a hedge fund. I had ideas which could turn past performance even higher, as if 28% were not enough.

Packages of debt can get large. I always dealt with less than fresh debt. We always bought from other third parties who already worked the debt. Buying straight from the bank is expensive. Older debt can be more profitable. Many times the debt we purchased was a nickel or less on the dollar. This meant $1 million bought $20 million face value of debtor accounts. Million dollar purchases were common. 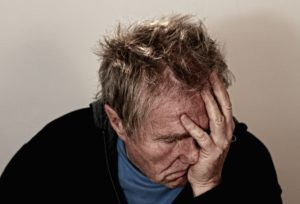 So far the old and new hedge funds looked identical. My network of collectors and law firms around the nation were the same with new additions as I vetted them.

Once I got my feet set in the new hedge fund I discovered Dave Ramsey. I wasn’t an endorsed local provider (ELP) of Dave yet, but I loved what he was saying. It made so much sense and some of my tax clients and all of my hedge fund accounts could use this advice.

When debt packages were purchased I was curious who was on the list in my state. Periodically I’d see the name of someone I knew or a client. Clients showing up on the list were a conflict of interest so I sold those account to another firm similar to mine.

As I reviewed and scrubbed packages I started noticing patterns. One pattern included people who did fine with money all their life and then fell off the cliff. Another pattern included the same names showing up multiple times. If I bought three large packages this month of mixed bank accounts I might find some people listed five or more times. Somebody’s life went bad fast!

It’s a no-no in the debt collection industry to call a debtor if you are untrained; the rules are immense and the penalties for breaking them immense. I was the numbers guy, not a collector. But I felt my idea would benefit the debtor while spiking my returns so I did it anyway.

I bought large volumes of Dave Ramsey’s book The Total Money Makeover. Around this time I contacted Dave’s organization, was vetted and accepted as a tax ELP which allowed me to buy Dave’s book at a large discount. I bought boxes.

When the hedge fund bought a package of debt there could be 20,000 or more accounts involved. We bought packages on a regular basis. I scrubbed the accounts for special cases. I was looking for people who did well for a long time and had a life event that caused financial/debt issues.

I also looked for people with a lot of bad accounts. People with a large number of delinquent accounts were hard to collect from so I wanted to do a good deed.

I sent a copy of Dave’s book to select debtors in our files with a letter encouraging them to use the book to improve their current financial situation.

Later I would call these accounts. The rules require certain disclosures when you call to collect a debt. I never called to collect the debt; I called to encourage usage of Dave’s philosophy to get out of debt.

I informed these people they could resolve debt issues if they were serious about changing a few habits in life. Most of the time I got a story. There is usually a good reason why they failed and will keep failing.

The rest I reminded did not have to pay in full. It is common in the industry to pay less than the full amount to satisfy the debt. I encouraged people to work a payment plan to pay half the debt and have the rest charged off.

The goal was simple. If people were too far in to work their way out I would give them hope and a way back to normalcy. This was good for them and good for me. I paid a nickel on the dollar for this debt and if I collected even a fraction of the face value I made a huge profit.

My plan was working like a well oiled machine. Profits were up and I was helping people in an industry notorious for chewing people up and spitting them out.

One day a week I dedicated to calls. Many times the calls lasted much longer than anticipated as the debtor finally found someone to tell their story to who cared. Some weeks I called thirty people, some weeks only five. Either way I was making a difference and adding serious money to the funds bottom line.

Medical issues were a common problem with people who were good all their life and only recently had unpaid bills. Sometimes they even had insurance. It broke my heart. I took whatever time was needed to help them. 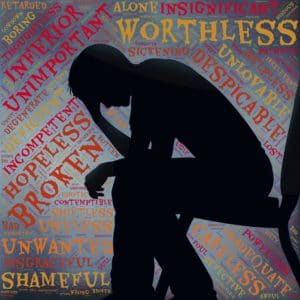 One day I called a debtor I sent Dave’s book to a few weeks prior. He thanked me for the book and explained his wife was dying of cancer. The doctors gave his wife a few days to a few weeks to live. He promised after he buried his wife he would start paying his bills again.

He had insurance, but the insurance did not cover an experimental procedure. He was willing to try anything to save his wife. They were only in their 30s.

The stress of his wife dying of cancer and the added burden of medical bills caused him to mortgage the house to the hilt and max out credit cards to cover medical bills. (The hospital would not proceed without payment.) He was in over his head and he still lost his wife. The next LexusNexus pull on the packages that included his debt showed his wife had passed away a few weeks later.

I ordered his account to be marked PIF for paid in full. I couldn’t collect from the man. I would not add to his burden and grief.

His accounts were still on file. Two months later a LexusNexus pull indicated he too had died: suicide.

Most people dig their own debt hole and it is hard to feel sympathy at times, but many, many more also are deep in debt due to circumstances outside their control.

At the time I felt like it was my fault this client (and by now I felt he was a client, not a debtor account) took his own life.

It was early autumn, the time of year when I struggle with seasonal affective disorder. The shorter cloudy days dropped the curtain like never before. It was so bad I had the gun in my hand. I did not want to live anymore. Not in a world like this.

I lived, of course. I eventually understood it was not my fault. It was still over for the hedge fund. It dawned on me I was part of the problem as a part of the debt collection industry. The industry is like a pit bull sinking in his teeth and never letting go.

My intentions were honorable, but misplaced. I thought I could solve someone else’s problems. It doesn’t work that way.

Debt is so caustic. It destroys so many marriages, ruins so many relationships and causes so much pain.

I came to realize people who created their own mess on their own still deserved an opportunity to get their life back, an opportunity the debt industry in uninterested in. The goal is to get you in debt and keep you there. They want your money, including interest. Interest is money paid where you get nothing in return. Sellers of debt have virtually no costs and keep all the profits. To hell with people and their families.

The hedge fund was wound down and disposed of. We didn’t do so well with the second fund. The 2008 financial crisis coupled with my wakeup call hurt results.

I beg you, if you are in the debt industry, consider the people you come in contact with. People who commit suicide are 8 times as likely to have debt issues. It can’t be a coincidence. You are the front line in protecting these people standing at the edge. You must never push them over. Ever!

And you, kind readers, you must be vigilant as well. You have friends, family and co-workers suffering under a burden of debt. Offer gentle words of encouragement. Maybe buy them a copy of Dave’s book. It does help. The Total Money Makeover is for people with serious debt problems. Readers here generally don’t have these problems, but people you know probably do.

If someone you know is distraught there is help. Call the Suicide Hotline at the opening of this post. Check the link to Debt Drop. There may be financial help available, too. Never allow anyone to navigate the darkness alone.

some of those debts aren't even real.

They are numbers on a page.

Somehow I'm responsible for a debt from 1999 in Cleveland.

Doesn't matter, they don't need a real debt to collect from, they can just make it up and they do.

[…] posts focusing on suicide awareness and prevention. A heavy dose of debt reduction is encouraged. I added to the list a few times myself. Here is another […]

The 7 Personal Finance Articles We Loved This Week

Every Life Is Precious | Steward and Slave