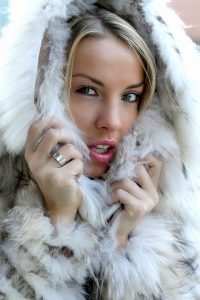 Over the years I have been accused of being a millionaire by clients. The quest was to discover how much wealth their accountant had. I was mum.

Few of my local clients read this blog; only the few who do know the scope of my wealth and understanding of money. The inquisitors would have been excited to know the truth.

The allegation began the same every time. A discussion on money and wealth building led to the client asking, “You must be at least a millionaire?” I smiled and shrugged. Like my grandfather, I kept my mouth shut about what I had.

Before I reached the seven figure level I felt comfortable with people believing I had more than I did. For some reason people think you are smart if you have more than two nickels to rub together. Money does not make you smart! I could give plenty of examples, but I must protect the guilty.

It took me years to understand I was rich all along. When a client suggested I must be a millionaire it was because they wanted validation of my intelligence when it comes to money. But smart people are usually the worst with money. Think of doctors. Most doctors have a net worth far below what their income and time earning that income would suggest. Attorneys are almost as bad as doctors. Accountants and tax professionals as a group are terrible with money. Some do exceedingly well; most are flat broke.

The worst offenders of all are financial advisors. Those high-earning folks empowered to help us with our excess funds earn and spend as similar levels. I could tell stories, but client confidentiality forbids.

The best people with money are as dumb as a box of thumbtacks. Smart people always believe they can outsmart the market by either timing or investing in crazy alternative investments. Usually both.

Some of the wealthiest people I know are in professions you would not connect with lots of money. Hate to break it to you, but the local junk yard dealer has more cash tucked away in the market than you. I know many truck drivers and mill workers with massive amounts of liquid investments. I know just as many broke attorneys.

The title of this post indicates you and I might be richer than we think. The title has done its job.

Before I crossed the seven figure barrier I was richer than I ever imagined. My net worth was measured in the hundreds of thousands, but the power of that money, and even much more modest sums, could be leveraged into a fortune.

Back then I could walk roads and hiking paths all over God’s Green Acre. Hiking, biking and driving was essentially free. I paid nothing to drive from my home to the library or my parent’s home. If I owned a car, a bike or a good pair of sneakers I was ready to go. Roads are free. A few toll roads are out there, but I can get anywhere I want on free roads.

“Wait a minute!” I can hear you say. “The roads aren’t free. I pay TAXES!” Yes, you do my friend, but you don’t pay for the entire road, yet you use the whole darn thing. You pay taxes which include the roads and other infrastructure. People with high incomes pay more than their pro rata share of use while those earning less get a free ride until they are high earners.

As long as we are discussing it, let’s not forget that wonderful library. It costs pennies per person per year to fund your local library. For pocket change in taxes you have at least a million dollars worth of stuff you can borrow at any time without question even in a small community.

Even the poorest people in the community can use the library. My oldest daughter runs her tutoring business out of the library. I read voraciously for years every book from the library and still frequent the place more than all other establishments combined. Libraries are the best deal going and turn everyone into a rich person by default.

While we’re at it, your money goes a heck of a lot further than you think. How much does a cheap plane cost? A hundred grand? More? Well, for $500 (or free with credit card reward miles) you can fly anywhere in the country on a fancy jetliner, chauffeured by the finest trained pilots and served by cabin staff. Even First Class is a bargain when you think of it.

A small wad of small bills buys you more than a mega-million dollar plane with staff to take you where you want to go. Before the plane takes off you get to use the fine airport facilities and the runway to get the plane into the air.

One simple flight makes you sound mighty rich. For a $50 Uber ride you are driven to the airport in a $25,000 car on roads that would have cost you millions, tens of millions. Then you hop on an $85 million plane flown by trained pilots; no driving necessary on your part. Add the $50 Uber ride to the $500 airline ticket and you leveraged your way into using a couple hundred million dollars of infrastructure. As a percentage it is darn near free.

I have always been extremely rich, even before I had money. It can be argued my current net worth in direct proportion to the books I read from the library. Without those books I probably wouldn’t be here. 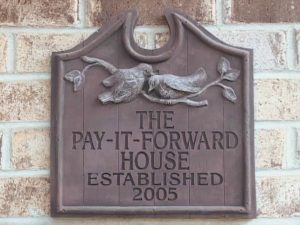 I was introduced to this philosophy by Tony Robbins in his first Personal Power tapes. I had my foster kids listen to Tony on a regular basis so I heard this stuff again and again. Some of it actually sunk in as noted by a foster child returning years later to thank me and by my business and family success.

Listening to this powerful message convinced me I was born the luckiest guy in the world. I was super rich before I earned my first dime.

None of this is new. Tony learned it somewhere and shared it with me. Now I am sharing it with you, paying it forward.

I make a point to realize how much I have with every step I take. Driving to the office is a multi-million dollar advantage. Books are free to borrow at the library or for twenty bucks you can own the thing. Of course the printing press, editors and distributors would have to charge me an arm and a leg if they only produced one copy just for me. Lucky for me I was born in a world of unbound riches.

How Rich Am I?

Only a cursory look tells anyone willing to notice I have always been rich. I was born into a rural farming family, but had untold riches around me from the moment I hit the table and my mother breathed a sigh of relief her labor was over.

I have health and freedom and a loving family. My childhood was filled with awe and wonder. Sure, other people had different riches, but I was rich as rich can be all the same.

Now, added to all the riches I was born into, I am blessed with financial wealth. After all these years I sit in awe and shock at my great fortune.

How rich am I? The richest man to ever live.

How Rich Are You?

As rich as I ever was.

First thing in the morning, wake up, take a deep breath and be thankful for the millions of oxygen molecules filling my lungs. Open my eyes and be thankful for the world I see. That we have a brain that can interpret what we see, and understand how light waves work, travel through the eye, hit our retinas than nerves send the signal to the brain. It really is mind boggling.

I don't ever have to work again, but millions go to work and it makes my life better.

Had to Google "jump the shark", Mike. If I understand the term correctly, it means to start writing crazy outlandish posts as the quality declines.

If I get that far I will cut back or take a break.

Very interesting post. I am a bright guy, a chemical engineer in my pre-early retirement past and now FI and having fun with a dozen paid and volunteer side gigs. I rarely if ever see someone credit their success to the public library but that's exactly where mine came from too! I read hundreds of books in my childhood and so unlike most engineers I'm not just good at math and science but have a large vocabulary and can write and speak effectively and persuasively. While my mom and brother were genius level scholars I learned about money from my dad. He was of average intellect at best but amassed an impressive estate on a moderate income by never buying on credit, saving consistently and giving generously. It isn't rocket science. Oh and I'm older so there was no Tony Robbins then but he had me read Dale Carnegie and that helped turn a shy nerd into an actor, key note speaker and congressional witness. Great post, it called up some great memories!

Dale Carnegie is awesome! Warren Buffett credits Carnegie with much of his success, along with Ben Graham.

Very Wise. I find Tony Robbins very inspirational. I follow his morning routine with Breath work, Incantations, Gratitude, and Exercise. Awesome way to get things going. I also agree about the value of books, reading, and libraries. I'm always amazed at who I run into at the bookstore or library (professors, CEO, physician leaders, etc.) and who I don't see (the unemployed, most of my patients, the people who gripe about lack of opportunity and excessive costs....).

A simple change in your mindset can be enough to become rich in life, love, and happiness. It does take a quick reminder such as this article to realize how fortunate so many of us are without any other needs to be met.

I think Louis CK gets it too :) “Everything is amazing right now and nobody’s happy. Like, in my lifetime the changes in the world have been incredible… Flying is the worst because people come back from flights and they tell you…a horror story…They’re like: “It was the worst day of my life. First of all, we didn’t board for twenty minutes, and then we get on the plane and they made us sit there on the runway…” Oh really, what happened next? Did you fly through the air incredibly, like a bird? Did you partake in the miracle of human flight you non-contributing zero?! You’re flying! It’s amazing! Everybody on every plane should just constantly be going: “Oh my God! Wow!” You’re flying! You’re sitting in a chair, in the sky!"

Amen!! " Everything is amazing right now and nobody’s happy"

Indeed, some non-professionals have made lots of money by saving up, little by little, over the years and not spending much. Someone in my wife's family made over a million dollars over many years by collecting, repurposing, and selling metal storage drums that nobody wanted!