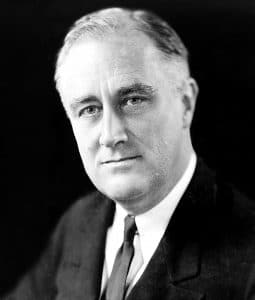 I am a simple man with simple tastes living in a complex world. Once upon a time the world was a simpler place. We knew the food we ate and the road we traveled. We trusted the news and those who brought it to us. But simple is not in the nature of man.

Take the United States for example. The premise in the beginning was simple: freedom. But it wasn’t simple as soon as the words left the Founding Fathers’ mouths. Men wanted to be free while holding slaves. It led to Civil War. Women waited until 1920 for the right to have their voice heard.

But this story isn’t about morality. This story is about complexity and how quickly it enters life. A simple thought—freedom—was not as simple as it sounded. The nation needed to declare independence, fight a Revolutionary War and write a Constitution. And that was the simple part.

The Tax Code is the same. A simple concept—raise money to pay the government’s bills—turned into a colossus might quickly. For those reading thinking the tax situation was mucked up only recently, let me enlighten you.

President Franklin D. Roosevelt struggled with preparing an accurate return in the spring of 1938 (preparing his 1937 return) so badly he gave up and sent the Bureau (this was before the IRS) a check for $15,000 with a note that said, “I am wholly unable to figure out the amount of tax for the following reason:”

The President then gave an account of the income he didn’t know how to put on the return. He concluded his letter with, “As this is a problem in higher mathematics, may I ask that the Bureau let me know the amount of the balance due? The payment of $15,000 doubtless represents a good deal more than half what the eventual tax will prove to be.”

If you are ready to allege I am making the whole matter up, see for yourself with your own eyes. You can stalk more tax returns of the Presidents here.

Try to pull the stunt President Roosevelt pulled with the IRS and see how far it gets you. Needless to say, penalties would be applied by today’s kinder and gentler IRS.

To top it off, this was back in the days when taxes were simpler! Sure, Form 1040 was four pages, but there were no schedules or additional forms to attach. The instructions for the entire return was two pages! It was so simple even the President of the United States couldn’t figure it out. And he signed the tax bill into law!

The Growth of Complexity

Nature is simple in its most basic components. Keep chopping stuff into smaller bits until you get to the smallest indivisible piece of matter, the atom. But, wait! The atom can be chopped up smaller still into electrons, neutrons and protons. 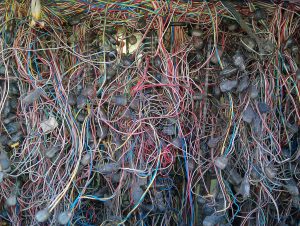 Whew! That could have gotten out of control with complexity. Oh-oh! Scientists have been busy busting up the itty bitty parts of the atom into even smaller elementary particles. Now it get complex.

Humans love adding complexity, too. It must be in our nature. (Go ahead and make a face.)

But complexity can get out of control. When nature gets too complex we end up with cancers.

When people get too complex we get the modern Tax Code, economic system and monetary policy.

Original ideas start very basic, dare we say, simple. Within seconds the complexity is mixed in. This isn’t a character flaw. Riding a horse to church is a fairly simple process. Once automobiles entered the scene complexity followed. Not only are cars complex pieces of engineering, society now needs to deal with the millions of vehicles on the roads. Traffic lights are not there to annoy you, but to keep traffic flowing. How else do you get endless traffic to all its destinations?

I have made a living in the imaginary world of tax complexities. It’s paid the bills and gave me a good life.

At first it might seem a waste of an intelligent man’s life. Before you go down that road, consider: How would the government function without tax revenue? Our national defense, roads, bridges, public works projects and schools need funding to function. 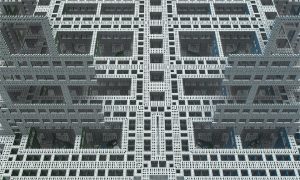 I don’t work for the government; I work for you, protecting you from overpaying the government. And complexity is my greatest friend. The Tax Code is such a massive muddled mess you can drive a Mack truck through it. Given enough time you can find the answer to pay no tax for virtually every situation. Major corporations do.

Taxes aren’t the only area where complexity works in your favor. Machines and computers have made our lives so much easier that nearly everyone could work half the hours and not notice a change to their lifestyle.

You can see this in action within our own FIRE (financial independence, retire early) community with the plethora of side gigs and people retiring in their 30s. Our society is so rich a large number of people with very little effort can retire really young and travel the planet.

This brings up another complex area we can exploit: travel rewards. Once upon a time it cost money to travel. Today you can hack the system and get massive travel rewards to see the world for pennies on the dollar.

Get Rich by Getting Complex

You would think adding to the already complex mix would be your ticket to wealth. It isn’t. The trick isn’t more complexity; it’s breaking down the complex into small, easy to understand, components.

Complexity leads to error. How many product recalls do we hear of? How many times have governments and corporations been hacked? We can be too complex for our own good.

Take investing. You can go through all the hoopla trying to be the next Warren Buffett. You could be the next one! Or something as simple as an index fund can work miracles for your net worth without any effort on your part.

Credit card rewards are a massive mix of options sure to cause problems for those less than astute in the tracking of their credit card activities. Don’t pay the bill in full each month and trouble is sure to follow.

Yet, a simple spreadsheet can solve the problem. Several credit cards can be tracked simply to serve all your financial needs. Travel rewards are only the beginning. In a few weeks I have a side gig you are sure to want to hear about. I will show you a program where your credit cards could sprinkle $1,000 or more every month on you. You have to come back to learn this little side gig nugget. (Notice my talent at creating a cliffhanger? Hahaha!)

Taxes are the ultimate in complexity. Even this can be segmented into easier to understand parts. Maximizing retirement accounts is a simple and easy way to lower your tax burden. Investment property owners can take advantage of new tangible property rules to modify their tax outcome. Business owners can expense certain assets versus depreciation.

It’s all a game. The Federal Reserve manipulates money supply to manipulate the economy and prices. Congress can’t keep its fingers off the Tax Code for more than fifteen minutes.

Since life is a series of complex systems, both natural and manmade, why not use this to your advantage? Complexity isn’t going away. If anything it will get worse. Those who can break the whole thing down into the simplest parts will control the pot of gold. 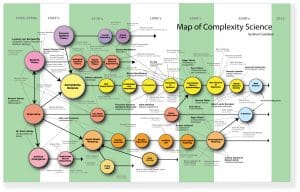 Diet and exercise is a simple way to benefit the complex system called your body.

Investing regularly into broad-based index funds is the only proven way to match market returns over long periods of time. Forget Peter Lynch and Warren Buffett. Yes, you could be the next guy to perform miracles in the investment world, but odds are strong you will end up another schmuck who massively underperforms the markets with his dazzling displays in Fibonacci programs of complexity.

When I consult on tax and financial matters people always want more. The simple answer isn’t satisfying. Complexity always seems to be the right choice. It looks better. Lots of moving parts must be better. Complex must trump simple.

And then it ends in tears.

The simplest answer—to stop worrying about things you can’t control—doesn’t seem right. But it is!

You will do wonders for your net worth when you find a way to break down the complex into simple components. This is where you will find massive financial opportunities.

When you get right down to it: I am a simple man who happens to enjoy seven layer cake.

Less is often times more and don't worry about things you can't control. Thanks for the reminder. Tom

Forbes recently had a piece on the increase in tax complexity. They measured the IRS forms and supporting pamphlets at over 2000.. yipes. KISS- keep it simple stupid.

We embraced simplicity/minimalism. Getting rid of stuff that doesn't provide any value to our lives is very freeing. From a financial standpoint we just have a checking account , Vanguard account and 401k account. That's it. All the saving is automated.

"Our life is frittered away by detail. Simplify, simplify." -Thoreau

Now, if I can just figure out how to turn my gift for demystifying the complex into that pot of gold you talked about...