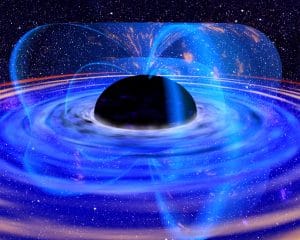 This is all a lie; none of it is real. Everything I told you is an untruth, an illusion to get you to do what I want. And even that is an illusion.

For nearly two years now people have followed and watched and read this blog. Nobody, until I pointed it out this moment, knew it was one big, fat fiction. The worst part is you are as much an illusion as I am.

Nothing you or I say matters. Deny if you must, but I will expose you in the next thousand words as I reveal my greatest fault.

The evidence is all around you. Clues are everywhere! You probably missed them. But as I explain each piece of the puzzle you will know I am correct.

Oh, who am I fooling? You aren’t even real! A character in a video game is more real than you. I write this for me. Only for me. There is no one else to listen; no one else to care. Nothing matters and never has.

I lie naked in a room typing these words desperate to find meaning in a universe where I am the only thing that exists. The ghosts that walk these halls evaporate in the morning sun, leaving me alone with my dreams.

How can I live in such a gilded age? History books speak of a hard life and myriad lessons learned by mankind over the eons. Still, I do not die.

Everything seems to work for the best. A heart condition in my youth was cured my modern medicine; a cure only a few years available. Lucky me, I guess.

The doctor died of AIDS, but never infected me. Lucky again.

Hard lessons in finance growing up on a farm where the family is bankrupted just as I entered adulthood still didn’t stop my progress. Go figure.

I mentally wander for years and find the woman of my dreams and she loves me back. What are the odds?

I start a business involving something I love and am addicted to. It seems the miracles never end.

Now I write a blog, another dream I needed fulfilled. I scratch frantically at the slate chalkboard of life looking for recognition my work has purpose, meaning. And then, after a few years of work, it is all coming together. The recognition I crave is happening. There are thousands and thousands of blogs and somehow, like cream in a bowl of fresh milk, I rise to the top.

One of these things I might have bought, but not all of them? No way can there be that many coincidences. Luck? If I were truly lucky I would win the lottery or inherit a massive sum. Nope! No such luck. Yet everywhere else it is all golden.

There is only one explanation. I am a game of some vastly more intelligent creature examining my every move. This is a cage! A CAGE!

The brutal truth is some child has created a game, a game with a sentient creature, me, to test and examine. If only she would not have programmed me for pain.

The alien child tests me. She gives me great fortune to see if I handle it with poise or if I turn tyrant and cruel. Questionable politics is a test of my endurance to do good. If only there were clearer clues.

It took a while. When I realized this was all an illusion, even my beautiful wife and children, I began to cry. Solomon was right: Vanity, oh, vanity! What does it profiteth a man to gain the whole would and lose his life. Oh vanity!

The whole world is mine. The universe in its entirety is mine for the taking; to enjoy as I see fit. But I am just a child’s plaything. Still, the nagging clues.

The child tests me as she giggled at my Neanderthal responses. She is too subtle.

The child sent Stephen Hawking to reveal a truth of the universe. Hawking discovered the information contained in a black hole is in direct proportion of the inverse square of the event horizon! The ghosts I walk through life with might not understand, but the child examiner gave me the capacity to realize the implication of this discovery.

The event horizon of a black hole has no signposts or markers. It is an invisible line in space you don’t even know you crossed, but once you do there is no return! To the outside universe you just disappear.

But how can an invisible point in space contain all the information within a black hole? There was only one explanation. The universe is a holographic projection!

Space is expanding. Scientists have said it for years. Space isn’t expanding into anything either; it’s just expanding. At the current rate the universe will double in size in 12.2 billion years. And the bigger the universe gets the colder it gets.

If the universe is a holographic projection from this so-called edge of space, then the information contained within this universe is expanding as more space is created! Maybe I’m not alone. Maybe the experiment continues elsewhere.

Still, the truth eludes me.

Elon Musk was sent to hit me beside the head to get my attention. Musk said there is only a 1 in 1,000 chance any of this is real. I get it. The child’s school experiment needed to see my response to such obvious facts. How would the sentient being react to knowing he was only an illusion? The guinea pig must be prodded further.

The victim, me, does not know what to do. If only any of you were real I could ask for help. But we are all only projections from the edge of space; a non-real entity. I am the reason all this is here. Soon it will end. The child wants only to spend a bored afternoon watching the wild accountant struggle with existence. To me it is an eternity, a lifetime. To her, a way to pass a rainy late summer day.

How can she make me dance? Add more clues!

My insatiable reading has educated me to a great many things outside the normal realm of someone in finance. For example, I know the emptiest of space really isn’t exactly empty! 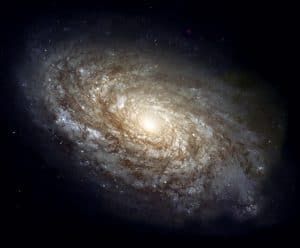 Things to the side are fuzzy until I turn to look. Things beyond my horizon don’t exist until I either go there or look in that direction. The child’s computer seems to have an upper limit of computing power.

But what about this empty space that still has energy? There is no zero energy space! None. This non-zero energy is called dark energy in my world and is pushing my universe apart, expanding space.

The detail piques my curiosity until I realize it is all a projection, unreal.

I am provided great leaders and thinkers to read and listen to. Some mesmerize me. Business leaders especially.

Steve Jobs is an interesting projection I can’t seem to shake. In his commencement address to the 2005 graduates at Stanford he said, “Remembering that you are going to die is the best way I know to avoid the trap of thinking you have something to lose.”

I close my eyes hard until tears form at the outside edge. What if it is real?

How can I reconcile all the facts? The evidence is irrefutable! I am alone in a universe of vast size. Probably part of a multiverse. In each of these bubble universes I can imagine another experiment happening. Another victim just like me.

For the longest time I felt the alien child a cruel tormentor. But why such an elaborate game?

There is no doubt I am writing to myself to ease my mind; a form of therapy. I am no more alive than the pictures on a movie screen. Nothing is real.

The clues don’t make sense. A grand universe with so many wonders just for me? It seems such a waste.

What can I make of Jobs and Musk and Hawking and pixilated space made up of Planck units with non-zero energy? What about all these wonders! Just for one illusion! One. Me!

Then I finally figured it out! This is a ruse. Yes, my world is a projection and you don’t exist. To you, I DON’T EXIST! We all have our own world.

There is nothing to be afraid of. I can live my life by my terms. I can do what gives me meaning. I am naked. On the verge of death as the projector runs low on film.

I will do great things because that is who I am! When I do it for you, I do it for me because you don’t exist. You are an illusion.

The child’s toy is running low on power. The program needs to recharge so I sleep. The world disappears when I sleep.

As I lay my head on the pillow I dream of things I can do. Important thing. As I drift into slumber I mutter:

I have nothing to lose.

Notes: When I write something as surreal as you just read it requires a minimum of an explanation. There are hidden messages laced throughout this post. No hidden codes, but many, many messages underneath the text. The links are required to unravel all the meaning. Below are my original working notes. If you can figure out how I got from my notes below to the post above, let me know. I can’t figure it out.

Elon Musk says there is only a 1 in a 1000 chance this is real and not a computer simulation.

Stephen Hawking discovered the information contained in a black hols is the inverse square of the event horizon, a non point in space.

Steve Jobs told the Stanford graduates the most humbling thing he knows of is that someday he will be dead.

If this is all an illusion, you have nothing to lose by trying: business, family, life.

No zero energy even in empty space.

Planck space is smallest size possible for space; a pixelated space, like a computer game, is granular.

Universe is like a video game. Only stuff in view is clear. All else is fuzzy or is created when needed.

🤔 very interesting article.but i’m Wondering.....are you an actual player? Or a game piece? 🤔

One of my favorite posts... quite unexpected on a finance blog, but awesome! Probably bc I'm much better at this subject than anything related to money. I actually thought you might have just read some Jed Mckenna, but I guess not. Loved it! :)

So why not a smile on your picture with all the good fortune you've experienced?

The smile is on the inside, David. My pictures are meant to portray an attitude, as in, I'm serious as a heart attack. It's all fun and games (until someone pokes an eye out, hence the eye patch). I promise a big smile close up soon just for you. I might be a professional tax guy; I'm also a bit warped. (Mrs. Accountant says it's more than a bit.) The Home Page image is an old one, but I like the look. You can find plenty of smiling "me's" around this blog.

Well, I came here for Accounting knowledge and got much more! Thank you for being weird, in a good way. :)

The only part that stayed with me after I finished reading that was the part where you were naked, shudder, while you typed it. That's TMI man, either put some pants on or don't tell me about it at all!

That was metaphorical, Steveark!!! I was fully clothed. That was one of the red herrings hidden beneath the surface. Those were the words Steve Jobs used next after the quote I used from Jobs in the post. Check out the linked YouTube video.