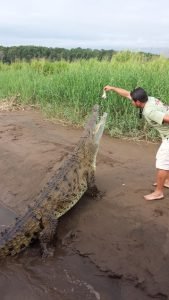 The world is crazier than it is sane. People complain about having no money and then get rid of what they have as fast as possible. How many people can’t make it until the following week without money issues? A short week and most people are already down to fumes. Thank God, payday is Thursday so you can stop at the bar on the way home. Anything to relieve the stress of money.

Chaos is all around us. Concerns over an overheating stock market and economy are always present in the background. If it isn’t the economy being too good, it’s the bad economy. There is no just right.

Before anyone forgets, there’s plenty of chaos from politics. Talk about a distraction! Best if we all stand alert in case Rex Tillerson, the current Secretary of State, calls us for advice. One never knows.

Talking about politics, it’s hard to get any useful work done when a fat guy from the backwoods of Korea (not necessarily close to the backwoods of Wisconsin where your favorite accountant resides if anyone’s concerned) is waving missiles and nuclear weapons around.

It’s easy to get distracted with the chaos all around us. Traffic, work, a screaming client, the wife and kids all add to the endless disruption of our natural flow of productive activity.

Complaining doesn’t help; it only encourages complaint! There is good news, however. Great men and women throughout time have all had the uncanny ability to focus on the important while the world burned around them. If you don’t believe me, ask any mother with an infant.

President Herbert Hoover is an unlikely hero to most Americans. Most people consider him a failure because all they remember is the Great Depression starting about the same time as his presidency and he was unable to solve the issue. It’s the wrong impression. The Great Depression would have started when it did regardless who was President. If Hoover weren’t President, he would have been the guy called in to fix the problem.

I had the same distorted disillusion of Hoover most of my life. My interest in Hoover was more about the market collapse than about the man. Then a recent issue of The Economist recommended a book by Kenneth Whyte titled Hoover: An Extraordinary Life in Extraordinary Times. I love books and knew this one had the promise of heavy use for years so I bought it.

Over the years I built a spotty sketch of Hoover and his life. There were plenty of gaps and misconceptions. Whyte set me straight. So much so I have a planned post comparing Hoover to Trump since we sometimes hear the two Presidents have much in common. No they don’t! I think it’ll be an enlightening read once I get the words spanked onto the digital page. 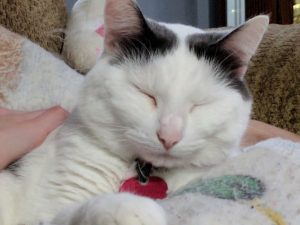 Focusing on the sublime.

Today we will focus, ahem, on one facet of Hoover’s personality: his ability to focus under extreme conditions.

My favorite story of Hoover and his can-do attitude started in England.

On June 28, 1913, Archduke Franz Ferdinand of Austria was assassinated. It didn’t seem like a serious issue on the surface. Life went on as usual, but behind the scenes a diplomatic disaster was in the making. Then, a month later, the world exploded.

Americans were vacationing in Europe as usual on the eve of the Great War, as it was called until we decided to do it again even better twenty years later. It can be argued Europe was resting from November 12, 1918 until August 31, 1939; a sort of war halftime to regroup for the second half. (Yes, I know many consider WWII started when Japan made her move in China in 1931. We’ll stick to the European theatre for this installment.)

Hoover was in London with no warning of the impending armies gearing for war. When the fighting started a large number of Americans needed to be evacuated. A humanitarian disaster was certain if someone didn’t find a way to fix the problem.

Hoover never hesitated. He orchestrated the evacuation of Americans with unimaginable efficiency.

Once the continent was cleared of vacationing Americans, another even greater problem arose. Belgium was caught between the warring powers and the Belgium people were suffering. Food was scarce as the country was virtually quarantined.

People were dying! Civilians. Women and children. And neither side cared to help over concern it might bolster the opposing side. 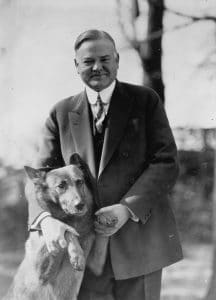 Herbert Hoover with King Tut. The human side of an extraordinary man.

Herbert Hoover never wavered. He worked relentlessly with the Germans, British and Americans to provide relief for Belgium.

Germany controlled Belgium. Germany requested the right to cross Belgium in her run for Paris at the start of the war and moved within days without waiting for an answer. Belgium was defenseless and at the mercy of the German military. The suffering in Belgium during the Great War was some of the greatest human suffering in history.

Amidst the chaos Hoover went to work. He traveled to Berlin to seek aid from the German government to no avail. Great Britain didn’t trust the Germans and Hoover wasn’t even British!

Hoover built a relief effort rapidly, saving millions from starvation.  The U.S. government reluctantly, at Hoover’s incessant prodding, provided limited funding and permission to organize the American farmers into producing the food necessary for the relief effort. President Wilson, along with the British, feared the relief effort would help the Germans by diverting food to the German troops.

Enemies allowed Hoover free rein to travel across borders without restriction. He was the only man alive allowed to do so by both sides. His constant drive built the Commission for Relief in Belgium that helped American farmers produce more, raise private and public funding to deliver the goods to Great Britain and get the food to the Belgium people in desperate need.

Hoover visited Belgium several times during the war to see firsthand the devastation and suffering. His mind was always going, working on solutions to the intractable problems of feeding the Belgium people during the war.

At its peak the Commission had an $11 million a month budget with 78% provided by government grants. Over 10 million people were fed daily at the height of the effort.

Only when the U.S. entered the war did Hoover’s relief effort end. Germany would not allow an American behind German lines after that point.

Blocking Out the Noise

Hoover’s ability to focus when distractions were everywhere is legendary. Most people have a hard time reading a book unless there is silence! Hoover could concentrate in any environment.

The ability to focus during chaos will determine a large part of your success. If minor distractions, such as the stock market, can derail your financial plans you are in big trouble.

Marriage, or any relationship for that matter, will have distractions. Successful marriages don’t require all parties involved to never notice other people they find attractive. There will be attractive people! There will be kind, caring, attractive people willing to weasel into your relationship when you are under duress. Especially when you are at your weakest! The marriages that survive a lifetime find focus on the commitment to the relationship. It’s a team sport even when the night is darkest.

Business is the same. Do you really think owning a business is all fun with loads of money pouring in? Heck no! There are good days and bad days. Then a recession comes along and tests your grit. Fewer businesses survive than marriages. In my years as an accountant serving business owners I can attest most issues business owners face involve the lack of focus. Business owners want to do everything until they wear out and fail. Everybody thinks they can be Elon Musk, running 78 ½ different Fortune 500 companies. You’re not Elon Musk! And for the record, the jury is still out on Elon. The boy is amazing, but he has a full plate with no guarantees.

Happiness at the Focal Point

You and I don’t have to be Herbert Hoover. We can have Hoover’s focusing talent by following one simple rule:

My 30 year marriage is based on a similar simple rule: Remain faithful to Mrs. Accountant. All too often we try to focus and several things at once and fail. In my marriage I always focused on Mrs. Accountant. I would always try to take the path that would cause her the least anguish. Of course I failed at times! Focus isn’t about never failing. But my failures were relatively minor. I never cheated and never felt tempted. I know where I have it good because I focused there. Stupid mistakes happened, but faithful to my relationship with Mrs. Accountant I always was. 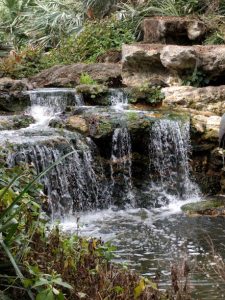 Moments of serenity can help build the focus muscle.

You need a focal point. I hear people with the financial goal of financial independence (FI) all the time. Well, what exactly is that? FI is a simple enough goal, but it’s not a defining goal!

A simple goal presented correctly will cover all the “how’s” later. FI is not clear so it misses the focal point. Define FI. Does this mean freedom to travel, retire to the country or run your own business? Focus when you set your most basic of goals.

A better simple goal: To attain a liquid net worth large enough to live off investment income without worry so I can pursue my dream of (travel/running my dream business/pursuing philosophical studies).

The how-to automatically fills in as you focus on the goal. The 4% Rule comes into play without mentioning it in your goal. Saving and investing are automatic in your financial goal.

Focus is a learned trait. Herbert Hoover was in London for business when the world called his name. No other man alive was in the right place at the right time to do what he did. Once tragedy arose there was no time to practice; you’d better be prepared for the unexpected.

You may never face the challenges of Hoover during the Great War. Then again, Hoover never realized his number was about to be called the day before hostilities broke out.

Your eyes must be trained to the focal point at all times.

You never know when they’ll call your name.

One can actually find opportunity in adversity. In fact, challenges are opportunities in disguise. Because people usually see challenges as problem, that is why they run away from it.

Timely post for me and probably many others. "Great men and women throughout time have all had the uncanny ability to focus on the important while the world burned around them" will be my mantra for the coming weeks. Thank you!

Focus is a superpower. I need to get back into the sunlight...

My husband just retired a couple of days ago. I feel the chaos as we begin this journey and especially with Christmas right around the corner. It is all happening so fast that I can get overwhelmed with it. I have made a list of what we need to do.

Denise, I had this post in the queue for a bit, waiting for the Christmas season. I know how many people feel overwhelmed this time of year. My hope, my goal, is that my words provided solace.