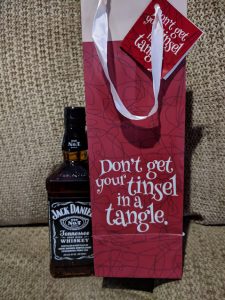 I can clearly remember the first time I heard about the Pay it Forward philosophy. The year was 2002; the location Schenectady, New York; the event Albacon.

Back in those days Mrs. Accountant and I were groupies of the science fiction convention circuit. The insanity only lasted a few years, but it was a fun ride while it lasted. We met scores of bestselling writers. I can’t speak for Mrs. Accountant, but I drank in every word.

I had recently discovered Mike Resnick. His only novel to grace the bestseller list hooked me.  Why Resnick never became a household name is beyond me.

Albacon is a science fiction convention held in the Albany, New York vicinity most years. It’s a small convention, at least it was back in 2002.

Once I read Santiago I started stalking Resnick. I read every book of his I could find. His style of Space Western appeals to me. His fast paced stories also caused me to miss more than a few nights of sleep.

I also read the few remaining science fiction magazines in 2002. Isaac Asimov’s Science Fiction Magazine listed a select number of upcoming conventions. I noticed Resnick was the Guest of Honor at Albacon. The road trip was on.

Not What I Expected

Albacon was either the first or one of the first SF conventions Mrs. Accountant and I attended. My hopes were high as we packed the car and drove from northeast Wisconsin to Schenectady. For the record, that is a long drive.

My expectations were high which is always a bad sign.

I figured my literary hero would welcome guests with open arms. He didn’t. He was there and mostly stuck with his friends.

High expectations usually end with disappointment when reality meets fantasy. Mike is a helluva nice guy and the problem was more with me than him. I’m rarely at a loss for words, but my dry tongue swelling in my mouth was a barren hole in the dead center of my face.

I sat listening to Mike talk with several groups and eventually managed a few minutes to express my gratitude. I sounded like an idiot actually. Mike Resnick was bigger than life in my eyes and I had no idea what to say to the man whose writing I spent so many hours enjoying.

As disappointed as I was with myself and the opportunity I squandered, I still received a gift I hadn’t recognized.

You’d think I’d have heard about the Pay it Forward philosophy prior to Albacon 2002. I probably did, but the skull of a Neanderthal from the backwoods of Wisconsin is thick so it didn’t sink in.

Mike Resnick changed all that. Whatever he said, it sunk in and I thought it was the most brilliant idea ever devised. For a year or so I thought he was the guy who invented the idea. Backwoods, people. Real backwoods.

The years have kept counting and my consumption of fiction of any kind has been declining. I still read a novel here and there, but the bulk of my reading in nonfiction.

It is with sadness that I report I haven’t read much of Resnick’s work of late either. His stories still resonate with me, but my interests changed.

The stories I did read are still buried inside me, bringing me continued pleasure. And I can never thank Mike enough for pounding the Pay it Forward concept into my head.

As we race to the finish line of 2017 it’s my turn to Pay it Forward. Don’t get me wrong. I’ve done plenty of paying it forward. It’s just that now I want to codify the process so I can ramp up my game.

I have been blessed beyond words. I started from humble beginnings and the journey to today has not always been smooth. What I’m saying is there was no free ride for the Accountant household. 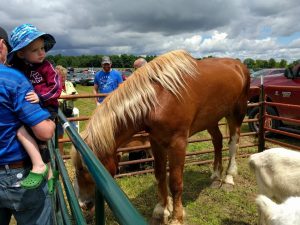 As humble as those beginnings were I have achieved more than any one man deserves. I am fortunate to have the best wife to ever live. I can prove it too! She puts up with me. Nearly 30 years now.

I have two awesome daughters who never gave mom and dad any real reason for concern. They are moral, kind and generous.

My business life has been nothing short of phenomenal! I struggled early on with finding my way and later with figuring out how to run a growing business. Through it all I survived, even when the power that be worked very hard to destroy what I was building.

Financial success is the biggest surprise. There were no warnings signs some schmuck from the frozen tundra of nowhere would amount to anything. Yet, I managed to amass a tidy fortune recently breeching $14 million. The number has grown so big over the years it no longer moves me when another milestone is surpassed. The whole experience has turned surreal. I expect this to happen some day soon.

With all my good fortune, much is expected. I could pay it back to those who helped me along the way, but I never kept a list and the number of folks who supported me is legion. Besides, the people who helped me don’t need the favor returned!

All that remains is the future.

My business continues to add to the stack of wealth. This blog is starting to make a contribution as well. And all the previous investment soldiers are hard at work reproducing. The compounding effect is mindboggling.

And this is where it ends.

This blog earns a growing profit. I need a profit as a scorecard to motivate me. Once the numbers are in and I’m amply motivated, it’s time to make the most important business decision of my life.

Writing The Wealthy Accountant is a way of paying it forward. But more is expected of one who has been blessed so mightily.

From this point on all profits of this blog will go to charity. I recently outlined one avenue of charitable work. Reach Counseling will continue to enjoy the fruits of this blog’s success so they can expand their work helping abused women and children. Previous work with Special Olympics will also be expanded.

I will update you, kind readers, from time to time on the charitable work this blog is doing. When you support this blog it strokes my ego, but all the profit goes to those in need. My way of paying it forward.

As altruistic as the above statement is, it isn’t good enough. This blog has a tidy profit, but not overwhelmingly so, at least not yet. So giving the proceeds of this endeavor is still rather small.

I’ve discussed my giving habits in the past along with ways to use the tax code to increase the value of your gift.

Above the monetary contribution of this blog’s profits I will extend a helping hand to all bloggers and podcasters in the FIRE demographic contribute in an efficient way to charities they hold close to their heart without cost.

I know it sucks, but businesses have better opportunities to maximize the value of their charitable giving. The new tax bill makes it even worse. The tax code offers opportunities for businesses to give to charity and get a deduction on the business tax return; no itemizing required. 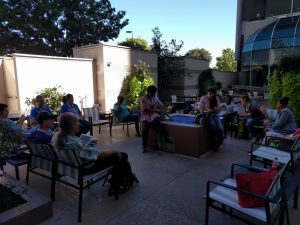 I wish I could extend this offer to everybody. Unfortunately, I am one human being with limited time and resources.

Bloggers and podcasters who want to donate to charity in a way that promotes their blog or podcast and maximizes the value of their gift should contact me. You still write and send the check. (You don’t have to give all your blog/podcast profits!) What I’ll do is help you decide the best way to give so you can give the most without a certain uncle in Washington taking his share first. I’ll even organize the necessary paperwork so you have no problems with the IRS.

I discussed this tax strategy in the past. In short, instead of giving a traditional gift, you sponsor a program at the charity of your choice. Since your blog/podcast gets recognition, the gift is really a promotional or advertising expense.

It not exactly that simple, but you get the idea. What I will do if you contact me and give me the go-ahead is I’ll contact the charity to find an appropriate program you can sponsor. You will get the necessary paperwork for your tax record. And you write and send the check. No money goes through my account. I don’t want the extra headache.

So there is my year-end offer to end 2017 with any even bigger bang than it already has been.

Life has been beyond awesome this year! We can do this together. We can pay it forward.

So the next generation has a chance to feel the same joy we experience every day.

[…] (adsbygoogle = window.adsbygoogle || []).push({}); This is what the FI community is all about. We share ideas to improve our own lives and pay it forward so the upcoming generation can enjoy the same. […]

I Hate My Job! | The Wealthy Accountant

[…] the magic potion searched for throughput the ages! The meaning of life is to serve! When you Pay it Forward to help another it gives your own life massive amounts of added value […]

A lot of communities in India really require this. I have worked with number of NGOs in this field but populations seems to be a huge issue and barrier keeping the targets huge

As someone who is burdened by student loans, one day when I have 14 million dollars (probably much less, can't imagine that right now), I would just like to offer 0% student loan refinancing to people as a charitable type thing. The loans themselves are often not that bad, but that fact I'm paying so much for the privilege of having them is definitely depressing. It would be so much easier to get out from under them just to have a leg up even on one or two with 0% interest. Anywho, random thoughts.

Confessions of a Sexual Nature | The Wealthy Accountant