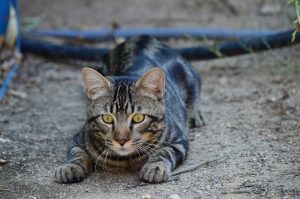 I can clearly remember the first time I heard about the Pay it Forward philosophy. The year was 2002; the location Schenectady, New York; the event Albacon.

Back in those days Mrs. Accountant and I were groupies of the science fiction convention circuit. The insanity only lasted a few years, but it was a fun ride while it lasted. We met scores of bestselling writers. I can’t speak for Mrs. Accountant, but I drank in every word.

I had recently discovered Mike Resnick. His only novel to grace the bestseller list hooked me.  Why Resnick never became a household name is beyond me.

Albacon is a science fiction convention held in the Albany, New York vicinity most years. It’s a small convention, at least it was back in 2002.

It’ll be rare if I don’t mention a book I just finished or am working on. Television is a wasteland, so don’t expect a mention of some popular program or sporting event. I have Netflix. I have to confess I haven’t been watching that much either lately. (It’s been a few months since I watched Netflix.)

I do enjoy YouTube, however. Documentaries are always an attraction, while humor is a fine pastime as well. Then comes music. Yes, I listen to some really strange sounds. Tax season is the worst. I use certain music as a way of closing the door and getting work done.

The “stalking” posts will always be short. I’ll use links so you can follow what I’m up to. I’ll share blog posts that moved me and periodically regurgitate a random thought onto the digital page. I hope you didn’t expect me to be the World’s Most Exciting Man.

But I might be somewhat interesting. Or at least mildly stimulating.

Energy and Civilization: A History by: Vaclav Smil

My curiosity surrounding energy and how it fuels human development is legend. I just started this book and I’m already hooked. Smil outlines how humanity has been shaped by how we employed energy throughout history. This book isn’t just a modern rendition of human energy consumption either. Early energy use included simple things like harnessing animal power and later wind and water and fossil fuels. From what I’ve read so far: highly recommended.

Last night I watched an interesting video of an interview of Nobel prize-winning economist, Paul Krugman, as he discussed tax reform.

I warned you. That said, it’s good music to work to.

In the past week or so I started following @richardbranson on Twitter. It has exploded into a full-blown bromance.

I’ve been familiar with Branson for ages. His accomplishments in the business world are extraordinary. Twitter thought we should hookup so I did. Branson tweets fairly often things about his life. I was most moved by his dedication to family. It created a new-found respect for the man. I was so impressed I purchased three of his books:

The Virgin Way: If It’s Not Fun. It’s Not Worth Doing

Like a Virgin: Secrets They Won’t Teach You at Business School

Losing My Virginity: How I Survived, Had Fun, and Made a Fortune Doing Business My Way

It’s -9 degrees F this morning and I’m enjoying a crisp walk around the back of the farm. The sound of snow crunching below my boot when the temperatures drops below 10 degrees F is addicting. To me. Care to come?

Before anyone complains about the time I publish on Saturday, know I have no set schedule for the weekend. In short, I’ll get to it when I get to it. During the depths of tax season I may even miss a week, but unlikely, as I like to tell people what deviant behavior I’m up to.

And last, a short discussion on buying books. This community is frugal; I get it. A common question, however, is: Frugal people tend to have one thing they splurge on to keep balance in their financial life. What’s yours?

Books. I buy and read lots of books.

I also raid the library on a regular basis. But I love my personal library; frugality be damned.

My attitude toward traveling is less than exuberant. Still, I’ve traveled the world more than nearly anyone alive. I’ve also traveled through space and time, visited alien worlds and met the greatest actors the human race ever created.

I did all that reading a book.

The Best Conference on Money | The Wealthy Accountant

[…] old posts will be deleted. Looking over old posts there are a few that need to go. The Stalking the Accountant series was a thinly veiled attempt to sell books. They were good books, don’t get me wrong. […]

Thanks for the reading ideas. Always glad to get some ideas. Keep up the good work.

Great share and I agree we should all have that one positive "vice" that we refuse to let frugality decimate. For us it is giving. While this might not be right for others, i am striving toward a balanced life of 1/3 savings, 1/3 giving and 1/3 living.

Inspired by you I started reading again. I had not read many books after college but this year I read 20! Currently reading House of Morgan. Goal for 2018 is 25.

Keep up the great and happy new year.

AWESOME, Matt! I've never met a really successful person who didn't read a lot. And it can be a lot of fun, too. Don't be afraid to share your reading list around here. Where do you think I get some of my ideas from?

I like to download pocasts to my phone and listen to them while walking my little dog, Pharaoh. He doesn’t much like this cold weather though!!

Pharaoh would like less a bit further north. It's nippy around here.