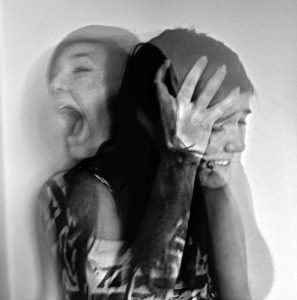 I was contacted recently by an old acquaintance. Brad is a reader of this blog and started to take exception to my style of writing. He felt any idiot could write a blog and I can assure you any idiot is writing this one.

He felt it beneath a CPA to write what I do here. I assured him I’m no CPA; never have been never will be. Brad was starting to feel disappointed in his disappointment in me.

His final argument was it took no skill or knowledge to write a blog. True. But then he said it was easy to make money telling tall tales. Yikes! (Okay now, bloggers. Keep the cussing to a mild roar in the comments when you explain how “easy” it is to make real money blogging.)

Brad had several more complaints I’ll address shortly. We have enough material for a good start, however, to learn some valuable lessons.

Brad was born in the same backwoods of Nowhere, Wisconsin I was. His wife was born so far in the backwoods maps generally list the area as Terra Incognito. What I’m saying is we didn’t come from grand beginnings.

Life hasn’t been easy for Brad. Life started hard and slid downhill from there. It was easy to develop an edge of cynicism. Several years ago the pendulum swung 180 degrees and opportunity knocked. Smart man Brad is, he answered.

Brad has a gift and can’t understand mine. He thinks writing is easy and a quick way to wealth. (Steady blogger friends.) All I have to do is tell BS stories or modified life events while sitting on the couch and watch people rush in.

Anybody can push a noun up against a verb. Heck, there are computer programs that will produce grammatically accurate sentences on demand. It’s not engaging reading, but it can be done.

There is a difference between what Stephen King does and what I do! There will be few arguments, especially from me, if people think King’s noun and verb pushing is better than mine. I think it has something to do with the order of the words. I think.

Brad’s gift is greater than mine and I understand it less. Whereas any literate person can write, few music lovers can create a sound pleasant to the ear.

You cannot believe the magic jumping from that man’s fingertips as he gently massages the strings of a bass guitar and I can prove it. He found his wife while performing before an audience sharing those soulful sounds. Okay! Brad doesn’t like it when I adlib and tell only part of the story. Truth is, his wife found him. That boy didn’t have a snowball’s chance in hell once she heard what his fingers can do. (Read that any way you want.)

Brad has more heart than any man I’ve met. It takes honor and bravery to tell such a painful personal story.

There is nothing special about Brad or me. Our difficult beginnings were somewhat different, but the pain was just as real.

Brad argued I used my daughter’s medical condition to garner sympathy. Duh! I hurt. My child hurts! Sharing the story is a natural act.

His final arguments involved me telling only part of the story. Of course! To include every detail is called an info-dump; editors hate it and modern readers don’t stick around. If you want to read the info-dump of the century read The Lord of the Rings. Of course the Rings books are awesome. But the first 128 pages (you read that right) are world building. There isn’t much story before that.

A show of hands. How many readers would grant me the luxury of a 128 page info-dump to satisfy the need for absolute accuracy before getting to the point? Nobody? Thought so. That’s why I don’t do it.

The last of the two final arguments involves my personal life. Brad asked what my readers would think if they knew I wrote erotica for profit in the past. Ah, I don’t know? I’ve mentioned it before. I also did a stand-up comedy act in Seattle a year and a half ago where twenty minutes of the gig was on my transgender flash fiction writing.

For the record, a large percentage of successful writers have written erotica. Science fiction writers after the Golden Age resorted to selling short stories to Penthouse (paying $1,500 a story) and Playboy (paying $2,000 a story) in the 1970s. I’ve never heard any complaints against these writers. And if no one has noticed, 50 Shades of Gray is a, ahem, romance novel about training a woman how to please a man while she’s tortured. I doubt anyone cares I’ve written practically every topic known to man, including erotica.

I bring up all these arguments because they play a role in today’s story, minus the info-dump. I’ve made it clear often that my stories are true unless otherwise noted with material facts changed to fit the story into the context of the discussion at hand and to protect privacy in certain instances (I never name clients).

I have no idea why Brad is so good playing bass. I’m not even sure why my writing is gaining such traction. Most of my prior material got modest pageviews with exception to the skanky blogs (I actually wrote two transgender flash fiction captioning blogs to double the profit) where after about a year I hit a groove that went wild with millions of pageviews.

And yes, I made money doing it! I love writing, but I prefer writing fantastic (read high science fiction) stories. I even published a short story here on New Year’s Day. I love writing that kind of tear-jerker. But do you know how well men sell tear-jerkers? Yeah, me neither.

I lied above and I’m certain Brad will call me on it. I said I had no idea why he was so good at bass, but I do.

Brad didn’t leave the womb with a massive desire to grab a hunk of wood covered with resin and wires and start plucking it. Somewhere in his life he found music was an escape from all the demons. 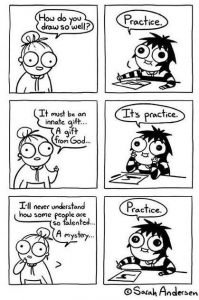 You might have noticed how the best artists have dark pasts. There might be truth in the adage that artistic greatness is built on rivers of tears and mountains of pain.

I have no answer why some people buckle under the assault of life and others find beauty deep inside and refuse to let go until they share it. At some point the pain was so much Brad needed an outlet. He chose music and the rest is history.

In his hands the guitar gently weeps; in my hands it would be the sound of fingernails across a blackboard.

But it’s easy! Any idiot can fondle the strings of a guitar.

True. But knowing which strings, in which order with the right feeling and soul takes practice.

L. Ron Hubbard (yes, the Scientology guy) was a big name in science fiction in the day. He once said it took a writer 500,000 words before they found their voice. I’m not sure if his number is accurate, but personal experience says you paste plenty of words to page before the fingernails lift from the slate.

If I make a mistake writing (I do often) the story still goes on. Readers frequently miss the faux pas. Some stories hit well, others not so much. Certainly Stephen King has nothing to fear from your favorite accountant.

But what about Brad?  I prefer contemporary rock while still enjoying classical music when it plays, even an opera. Music is more broadly enjoyed and that’s the risk!

Can you imagine Brad on stage and missing a note? Fingernails are literally back on the chalkboard. If I make a grammatical error it is nothing more than a minor distraction to most readers.

Never quit. Never give up.

Two Geniuses in a Room

Brad and I share radically different viewpoints. We challenge each other with some serious remarks. Outsiders might find the barbs personal, but the banter is similar to bar buddies saying their friend is the best son-of-a, well, you know.

I share what I have and make no compromises on my desire to turn coin from my work. We can only share what we have. It is a call for sympathy. People with a heart respond to that.

It would have been easy for Brad or me to pack our bags and quit at any moment during our personal trials. Most people do quit!

Please watch the Never Give Up! video. It’s important. Very important. Hearing the greatest people of our time saying again and again their true genius was in never giving up is motivational. Powerful and moving

The truth is, each and every one of us, kind readers, have a similar story. Life gives every single human alive a swift kick to the groin at least once in life. Going to a knee in pain isn’t the problem; staying on your knee is.

You have a story inside you too. Maybe you have the gift to share it verbally or by spanking words to a digital page.

Or maybe you have to sing a song to move souls.

If You Don’t Like What You See in the Mirror . . . | The Wealthy Accountant

[…] seemed to throw one challenge after another. The genius thing I did was never give up. Each obstacle was a challenge to conquer. And conquer we […]

An old acquaintance contacted you just to dish out a laundry list of criticism? Did you ask this guy for his opinion of you? He sounds like a arrogant jackass.

Michael, he can be hard for some people to swallow, but I know the difficult road he's traveled. His wife worked in my office before they moved out-of-state. When you realize he's really testing you to see if you'll be true to him he really is a good guy. He fought through a lot of scars and survived. We all do horrible things at times in life. He found a way to the light. Like all of us, he still has room to grow.

You can't keep it in a camera Not a trophy on a shelf Not a tale to tell the children Not a way to prove yourself It's much bigger than we are Can't claim it as your own But you've got to climb that mountain To find your way back home That's how you make it look easy You make it look easy, easy.

For me the mark of a professional - in any endeavor - it just that: they make it look easy.

"But do you know how well men sell tear-jerkers?" Nicholas Sparks corned the market.

Kristen, I stand corrected; Sparks has done quite well in the genre. However, the editors never broke down the door for my fiction. They always wanted non-fiction. I might have to reassert myself.