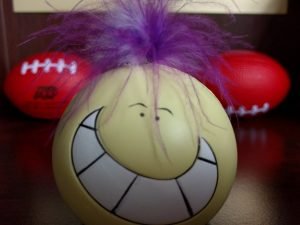 There is an ancient story told by the Kikuyu people of Kenya about a scorpion at the edge of a river wanting to cross. The water was too deep for the scorpion to even attempt a crossing; if he wanted to ford the river he would need help.

The scorpion noticed a frog not far away. “Frog,” he said, “let me crawl on your back and take me to the other side of the river.”

“Are you insane,” said the frog! “You are a scorpion and scorpions sting frogs. If I carry you across the river on my back you will sting me as we cross and I’ll die.”

“Nonsense,” said the scorpion. “If I sting you as we cross the river I will drown same as you. No, I promise not to harm you in any way as my gift for helping me cross the river.”

The frog thought for a moment and realized the logic of the scorpion’s argument.

The frog let the scorpion climb on his back and then started his swim across the river. Near the halfway point the scorpion stung the frog. The toxin locked the frog’s muscles in place as he started to sink. The scorpion was also in the water facing his last moments of life.

Just before the frog went under he asked the scorpion, “Why? Why did you sting me? Now you will die with me.”

The scorpion replied, “I am a scorpion. Scorpions sting frogs. It’s what we do.”

That is why I write so much. Writers write; it’s what we do.

My journey through life was well into the twilight zone this week. I either read or heard something about number stations. I’ve played with these things in the past and decided to waste the good part of an evening digging into the situation again.

Number stations are shortwave radio broadcasts used by spy agencies around the world. Shortwave radio is a blast even if you aren’t checking up on James Bond. It’s your weekend so I’ll give you enough links and a YouTube video to get you started. From there you’ll see how easy it is to blow an entire weekend playing with this stuff.

Hackaday has a boatload of information on secret radio stations.

You need a shortwave radio to listen, but . . .

. . .  you can hear some of the most interesting recordings of number station from the Conet Project.

This will be a bit strange to the uninitiated. Number stations get their name from the periodic broadcasts of short number sequences assumed to be messages to spies out in the field. There are also numerous other strange sounds too. One even has Yosemite Sam, the cartoon character.

I’d apologize for wasting so much of your time, but you are going to have soooooo much fun. Here’s the YouTube video:

The Retreat of Western Liberalism 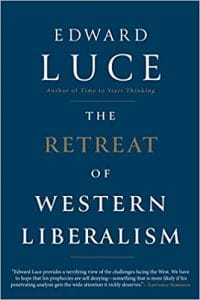 by Edward Luce  Institutions put in place after the Second World War to protect society from the stresses which led to both Great Wars of the 20th Century are in desperate need of repair. The crumbling of liberal institutions is of interest to all people today from either side of the isle. Luce’s short essay on income inequality and attitudes towards economic winners and losers is addicting. I couldn’t put the book down.

I’ve been watching some questionable comedy and religious YouTube videos this week. So we don’t get a roar of blowback I’ll keep that stuff to myself.

On a brighter note, I have a neat math video sure to entertain the analytically minded:

I found the mind game fascinating. If deep math problems cause you to break out in hives feel free to skip this video.

I enjoy conspiracy theories for the entertainment value only. I don’t believe aliens are coming to get us, et cetera, but sometimes there are interesting historical facts sure to make a guy sit back and think for a few minutes.

I rarely listen to newer releases. Here is one of the oldies I enjoyed this past week sure to date this farm boy from the backwoods:

Show Me the Money!

We are giving away you free audio books of Jim Collins’s The Simple Path to Wealth to subscribers. The first winner is:

The second winner unsubscribed after the random number generator called his name so we spun the wheel again and heard no response.

I will pick a random subscriber next week to get the free audio book in one of your hands.

Now for the exciting news. This blog will give away over $1,000 over the next few months!

There are several ways to win money. I will list the dates and how I will determine the cash winner on the Where Am I page. Check there often as I will periodically add new drawings. Payment will be made via PayPal or an Amazon gift card code if you prefer. (It makes no difference to me.)

Other winners will come from a random pick of comments made.

If I can figure out a logical way of picking a forum winner I will. (Don’t underestimate this accountant’s resolve.) So get active in The Wealthy Accountant forum. There could be some cash in socializing with money and tax nerds.

Winners will be listed in future Stalking the Accountant weekend posts. If a winner doesn’t reply to my email within a week informing them they won (and where to send the money) a new winner will be picked. White list The Wealthy Accountant emails so you don’t lose your prize.

That’s it for now. See y’all next week.

Number stations, huh? I've never heard of those before. I've watched 2 videos so far, but a lot more will be in the future. Maybe followed by another hobby. Thanks a lot! :/ lol

Lol a day in the life of a bean counter :)

Keith - you should play the Rush video but then watch the 5 Chilling Things Said By Astronauts on mute. The music pairs surprisingly well with some of the scenes from the other video :/

I clicked into doing so by accident.