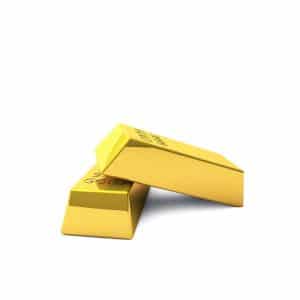 The latest tax cuts have sent the eight year old stock market rally on a steeper trajectory after 300% gains to date. Tax cuts and interest rate reductions have a habit of sparking market rallies, but only one has anything to do with value.

To understand why the market is rallying so hard you have to understand what people expect the corporate tax cuts to do. You also need to understand if these gains are based on real increases in value or only a mirage.

The corporate tax rate for regular corporations dropped from a top rate of 35% to a flat rate of 21%. For most corporations this means a 40% reduction in federal income taxes.

With all this extra money sticking around the corporate coffers there is ample reason to think this is really something to behold. The extra money can be used to retire debt, buy back stock, pay out dividends or invest for future growth.

But are these companies really worth more? Is there more value just because one expense will decrease for one year?

If a company is earning :

before the tax reduction and if everything remains exactly the same will see a:

increase in profits due to lower taxes, what value has been created?*

The company has $2 more per share in cash lying around and that does have value in a manner of speaking, but it’s not repeatable.

Our corporate illustration shows a company with 20% growth over a three year period, but only treaded water in reality. The tax cut makes it easier to hide problems for longer before it becomes apparent to shareholders they are getting screwed.

The Value of a Dollar

Shareholders might not care one iota as long as the money keeps rolling their way. The extra money the corporation enjoys from the tax cut can prop up the stock price if they buy back shares. Additional dividends also put a mischievous grin on the faces of shareholders.

Now think about this for a moment. How much is that $2 per share extra from tax savings worth?

By looking at the stock market it appears as if investors are paying more than $2 for the $2 per share tax benefit!

So why is the market rallying so hard? Because the extra $2 times the risk-free rate translates into $60 or so!

Unfortunately interest rates are not static. They are currently rising at a slow rate. It can only be guessed what inflation (the ultimate factor driving interest rates) and interest rates will do in the foreseeable future.

With an economy near full employment and stimulated with massive tax cuts, my guess is rates will go higher. This means those earning are worth less. And that assumes the extra $2 goes to the owners (investors)!

In the early 1980s the top brass in corporate America earned about 30 times the wage of an average worker. That number now stands well into the 200s. With more cash than ever, corporate America might be seduced into skimming a bit for themselves. I’m not suggesting anything, only making an observation.

It is safe to say only a portion of the extra $2 per share in profits due to the tax cuts will actually find its way into shareholders’ pockets. Depending on how you look at it, that could be a blessing.

If tax cuts don’t create real value, what does?

As stated before, the quality of future earnings is based on the risk-free interest rate. If you can’t earn more than that, why bother. Just drop your money into the risk-free asset and enjoy a few Mai Ties on the beach.

We discussed in April 2016 how companies create true value. Now is a good time to revisit the issue before your money gets a value lesson of its own.

Tax cuts provide the opportunity to create value; they don’t in and of themselves create anything! If tax cuts are not fully spent and the government lowers spending to offset the lost revenue, the economy will actually decline. If the government keeps spending while reducing taxes they do so with borrowed money. Knowing this, tax cuts have the same stimulus as the government just spending extra money themselves.

And tax cuts have historically not been 100% spent by those receiving the cut. Some people reduce debt or invest some of the newfound wealth. And since tax cuts are only good for one cycle their benefits are fleeting unless you keep cutting taxes every year.

This doesn’t mean we shouldn’t have tax cuts. Heck, no! I love keeping more of my money!

What I’m getting at is this: your income hasn’t increased solely because your tax bracket declined! And once you digest the reduced taxes into your budget you’re going to look for a pay increase to keep feeling warm and fuzzy inside.

So how do you get a raise? Well, inflation can mask any “real” wage increase if it doesn’t exceed the inflation rate. Or, you can increase your productivity so the company has more profits for your labor from which to pay you. (Now you need the corporation to part with a percentage of those additional gains you generated. That hasn’t happened much over the last 30 years.)

If tax cuts don’t create real value, what does? 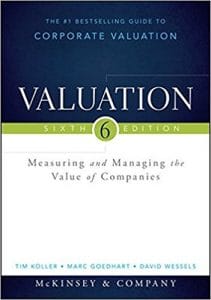 Simple. Your return on invested capital (ROIC) in excess of the cost of capital (COC) is the textbook definition of value creation.

If the stock market rally is going to have real legs corporations will need to invest the tax savings in a productive way!

Corporate America has experienced record levels of profitability for some time now so the question begs to be asked: If they didn’t invest the extraordinary profits before, why will they be encouraged to do so now?

Good question. Wish I had an answer.

Personally, I don’t think corporations will increase investing anywhere near the levels of the tax break. We see headlines listing a token few major corporations granting a small 2% or so bonus to the rank and file for one year while announcing layoffs a few days later. (Kimberly-Clark announced 5,000 layoffs in their diaper division as I write. Tax cuts will not increase demand for things people don’t want. But automation, which the new tax bill encourages, will make human capital less necessary.)

Only businesses that invest the tax savings wisely will create real lasting value. By investing in increased production which yields more than the cost of capital, value is only realized.

The ROIC must exceed the COC or value is destroyed. Automation and technology make it easier than ever to do more with fewer people. This increases quality of life. But if the process is too quick it becomes a painful transition.

Now that most assets can be deducted currently versus being depreciating over a number of years or the life of the asset, businesses are incentivized more than ever to increase their use of technology and automation.

If these investments return more than the cost of capital, even capital derived from tax savings, real and lasting value is created.

And that will keep the stock market riding high, providing us with the warm and fuzzy feeling inside.

Question regarding this statement: "We see headlines listing a token few major corporations granting a small 2% or so bonus to the rank and file for one year while announcing layoffs a few days later".

In your opinion, What's the correlation between the tax cuts/bonuses/layoffs?

I believe the layoffs/closings would have happened no matter what. But the bonuses do seem to be the result of the tax cuts. Also, I don't remember a time when companies were announcing $1,000 bonuses to employees. We can all recall hearing/reading about closings.

The correlation between the tax cuts and bonuses in the news is nothing. Layoffs are related to the business environment and since layoffs are small it's only background noise. If the bonuses were really from the tax cuts the bonus would have been a permanent wage increase like the tax cuts are permanent.

The "bonus" headlines are a way of paying back the politicians for hundreds of billions in tax cuts for the wealthy and massive corporations. Expect to hear about this next election cycle when politicians spin it to their advantage.

The 38 billion in tax they are paying on the repatriated money is real money the govt never would have gotten.

Bill, the money doesn't disappear. It now (in part) resides in the government's coffers. Moving money around doesn't create wealth! It might be a revenue producer for the government, but the money is still there.

The other problem you don't mention is the U.S.'s worldwide income tax policy. Most counties tax on a territorial basis only. If the U.S. taxed like most nations the money would never have faced taxes in the U.S. for income earned in foreign markets in the first place. That in my opinion is an issue still in need of address.

>>The tax cut isn’t repeatable either! People wrongly think the tax cuts help the next year.

I have only a minor disagreement with these statements (I'm not dumb enough to argue with an expert accountant). You are correct in terms of earnings per share. But no matter how you spin it, if a company has an extra X million per year because of tax cuts, it IS repeatable every year after that. The next year they will have an extra X million added to their profits. And that means more money to pay, keep, or invest that the government isn't pissing away. The same with a small business. If, due to tax cuts, I save an extra 20k on my taxes, that's 20k PER YEAR until tax rates go back up (so in 5 years I've made/saved/kept 100k that I wouldn't have otherwise). And of course the reverse is true... if taxes are raised and I lose 20k per year, that's 20k per year that I lose until another change.

Getting Apple to "bring back" all those billions is real money added back into the economy in some way, form, or fashion. No?

JD, if a company has an additional $1M in profits in year one and only the same $1M in year two they experienced zero growth, hence unrepeatable. That is why I state later in the post it's only repeatable if taxes are again reduced (repeatedly reduced).

Warren Buffett makes it clear taxes play little to no role in his decision to buy a company. The reason is that taxes do not create or destroy wealth! The value of a company is 100% dependent on their ROIC over COC. Taxes only determine where the wealth resides: personally or publicly.

Apple bringing back money to the U.S. is only moving money from one checkbook to another. Our economic gain is another's loss so once again we have no overall value creation. No value is created "bring money back" and there is a special tax assessed so one might argue it destroys wealth, but it doesn't. The economy might get a temporary lift which is not repeatable unless more tax cuts ensue. But, if Apple invests wisely at a rate of return higher than the risk-free rate they will create vale. Real value.