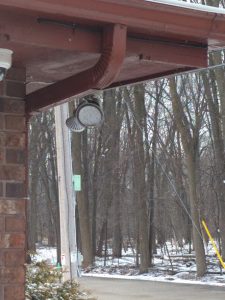 Frugal living is challenging at times. What seems like a meaningless small change can energize your budget and fire your investments on a steeper trajectory.

Countless blogs and websites provide lists on how to save money. Turn out lights, turn down the heat in winter and the library are good ideas. Mr. Money Mustache has a strong drive to bike. On several occasions he has published on the benefits of biking. Biking is good for your health and cuts energy use. Reducing or eliminating what he calls a “clown-like car habit”, you cut spending by serious coin.

Like many readers I undertake a number of these ideas. I keep my house 60 degrees F in the winter. To keep warm I wrestle Mrs. Accountant and the kids to keep them away from the thermostat. I use natural lighting whenever available.

The farmstead is a whisker more than 15 miles from my office. I bike about 100 days a year. The savings are modest, but noticeable. A 30 mile round trip costs me about $15 according to the IRS mileage rate. My vehicles are purchased used and run for a couple decades before they are replaced so my vehicle cost is less. I estimate my real cost per mile is closer to 30 cents. This means every bike ride to the office allows me to keep an extra $9 in my pocket, tax-free. (You don’t pay an extra tax for not spending money.)

A Lesson from Walmart. Yes, Walmart

Back around 2008 Walmart started to examine its energy costs. The idea was to offer affordable compact fluorescent light bulbs (CFLs) to customers; the thought being CFLs lasted longer so Walmart would soon have more shelf space for other products. The energy savings customers experienced would likely be spent at Walmart on other items. 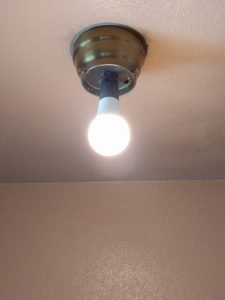 The discussion eventually turned internal. What if Walmart used CFLs in their stores? One idea was to replace incandescent bulbs with CFLs in the ceiling fans on display. Of the 3,230 stores Walmart had at the time, the average store had ten ceiling fans. Each ceiling fan had four bulbs.

Each bulb produced a minor savings, but when the Law of Large Numbers took hold Walmart stood to reduce their utility bill $6 million per year! Management had an easy decision.

Since then Walmart has expanded their energy philosophy to include utilizing as much natural lighting as possible and electric semis to deliver products to stores around the U.S.

CFLs cost more than incandescent bulbs upfront, but the longer life of the CFL (8-10 times as long) and energy savings more than cover the initial capital outlay. Total savings from reduced energy use is several times the entire upfront cost.

Lesson from a Humble Accountant

My memory is slipping with age. I can’t remember the exact year I transitioned to CFLs and later LEDs. What I can share is how I determined when it was a good idea to make the switch. Regardless the exact date, I was an early adaptor.

We will focus on my office to keep the discussion simple. I used the same thought process to transform my lighting at home.

Lighting is an important consideration in a tax practice. Eyes get tired easy enough looking at a computer screen all days and trying to decipher smudged and faded documents. Security lighting and signage are also important. 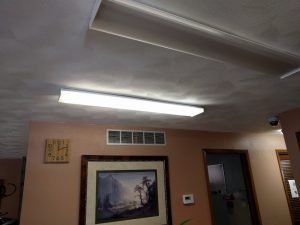 I forget the exact wattage used so I’ll stick with 100 watts per bulb when incandescent bulbs were used. My research showed an equivalent CFL used only 26 watts. Each hour of operation used 76 fewer watts per unit.

The hourly savings didn’t amount to much. However, when a light is operating an average of 12 hours a day 365 days a year we get 4,380 hours of annual use. 4,380 hours of use times 76 watts of reduced energy consumption per hour equals 332,880 fewer watts used per year. Reduced energy consumption of 332 kilowatts times $.12 per kilowatt and we save 39.84 per unit! We have twelve units.

The lighting replacements paid for themselves in less than a year! And they lasted longer.

Inside the office we have 40 of those 4-foot tube CFL bulbs. We use as much natural lighting as possible, but we still operate half the light banks most days.

The typical office uses what is called a T12 linear fluorescent bulb. Each bank has two or four bulbs. T12 bulbs use 40 watts.

Offices are turning to smaller T8 bulbs. The length is the same but the diameter is a bit smaller. T8s kick out the same light as a T12 and tend to last somewhat longer (modestly in my experience), using 32 watts per hour.

T8s are easier on the eyes and don’t fade as much as T12s. You might remember seeing one side of these linear bulbs in an office turning black. This happens as the bulbs ages. The bulb still works, but output is reduced. T8s have fewer problems with dimming as they age. For accountants this is a blessing for our eyes.

Security lighting has since converted to LEDs which use even less energy. We’ll forgo the math to keep the story moving. Lights with heavy use are worth the extra cost of LEDs. Security lights, the sign and the entrance are LED lights. LEDs also weather the outdoors and cold better.

LEDs have one additional advantage. Incandescent and CFL lights blast light in every direction. LEDs focus with a narrower footprint. This means our security lighting is brightest where we want it.

You can hear the groans when Mr. Money Mustache reiterates once again the necessity of biking over an automobile. The complaints follow fast on his heels. You can’t haul stuff with a bike. (MMM proved that wrong.) It’s too cold, hot, dark, rainy, blah, blah, blah. You can’t bike where I live because of the piles of snow, or, it’s too far to bike.

MMM doesn’t buy the complaints and neither do I. Small changes can add up to big savings. There is a point of diminishing returns. As my office lighting energy use has declined, every additional capital expenditure to reduce energy use further has less bang for the buck. With security lights now using 12 watts per hour of operation I need to focus elsewhere to reduce energy use. 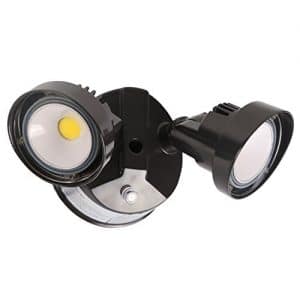 Driving sucks a lot of cash out of the pocket. Lighting can put a few dollars in your pocket per month; biking can keep hundreds in the First National Bank of Wallet. My commute is a hefty 30 miles round trip. If Pete knew this we’d need the paddles to bring him back. (Don’t walk into the light, Pete!)

Even driving an older vehicle squanders $9 per commute, or $45 per week, or $2,340 per year. (I think I’m going to be nauseous.) Biking when the sun is shining (as I do) cuts perhaps as much as $1,000 per year from my transportation budget!

It’s true. Our frugal efforts alone will not change the world. At best it will allow us a lifestyle with a smaller carbon footprint. A couple thousand tax-free dollars doesn’t hurt either.

Where it starts to add up is when we work together as a team. When thousands and millions start adopting better choices in lighting and transportation the numbers become mind-boggling.

An unenlightened major corporation like Walmart was able to shave $6 million per year off their energy bill. The number is already big enough to make a difference.

Now it’s your turn to join in.

Save yourself, save the world. Love frugal without giving up a thing.

Compare LED prices at Amazon. A few minutes of math could lower your energy bill.

For people in cold climates, I VERY strongly recommend a mattress pad heater. With one of those puppies, you can turn the thermostat at night so low that your pipes would freeze, particularly when you pair it with a nice downy comforter. I keep the temp low during the day since it's only the dog home and she prefers it closer to 40, and at night with the mattress pad heater on, but usually more like 65 when I'm there and walking around :) Sometimes a little lower with the space heater under my desk going if I'm going to be there a while...

I was an early adopter of CFLs. My first CFL was in 1992 at a giveaway event. That bulb lasted over 20 years. Over time, I saw a number of government subsidized programs to lower the cost of CFL which I took advantage of. I want to say I got 3 for $2 at one point. I have a lifetime of CFLs in the storage closet. I'd like to switch to LEDs but a) the savings between LEDs and CFLs are smaller than the savings between incandescents & CFLs and b) I have this inventory of CFLs that will likely outlast me. I didn't have this problem when I switched from incandescents to CFLs. I was able to use up my entire inventory of incandescent bulbs before buying CFLs.

Government must have learned a lesson from CFLs because I don't see the large discounts for LEDs as I recall for CFLs. I used to buy CFLs in California before visiting my parents in Nevada. I would give my parents the CFLs. California heavily subsidized CFLs. The price was an order of magnitude difference between CA & NV.

Changing to energy efficient light bulbs does make a difference and the other advice here is sound as well. But I don't think I could handle a 60 degree house in the winter!

Sometimes when I get home the thermometer reads 61 or 62 in the house. You should see the dirty looks I get as a mosey to adjust the thermostat.

SAD is due to limited light, not heat. Get yourself a Verilux Happy Light, spend half an hour to 2 hours with it on while you work on the computer (read the instructions). Works great for me. I start using it around the beginning of November and am able to stop around the beginning of February. Half an hour is all I need - at 2 hours I get wired up.