• Frugality is worth more.

• Accumulation power: the people who profited most in the 1980s were accumulating undesirable equities in the 1970s. 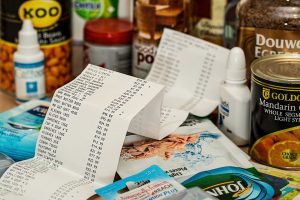 Inflation can cause serious damage to a family budget. Take control to reach financial independence.

It has been a long time since developed nations have tasted serious inflation. Unless you are near 60 or older you will not have experienced the last time inflation was a serious issue in the 1970s into the early 1980s.

Higher inflation changes the value of future earning. Higher interest rates changes one of the variables (cost of capital) in the value formula (rate of return – cost of capital = value). While not a guarantee, the stock market tends to struggle during bouts of inflation and during higher interest rates. Witness the U.S. stock market from 1968 to 1982 where the market went nowhere for 14 years with some stomach turning declines to keep it interesting. Interest rates and inflation were climbing or high during that 14 year period.

Bonds are no safe harbor either. As interest rates climb, long-term bonds decline. Of course you can hold the bonds to maturity to get your original money back, but the payment is made with devalued currency so the end result is the same: less buying power.

With stocks and bonds suffering, is it possible to profit during periods of high inflation?

The simple answer is yes. The more involved answer is yes, but how you will profit is different from times of low interest rates and low inflation. Let’s take a look at a few advantages of living with inflation. Price instability is a risk to financial independence and wealth.

Frugality is Worth More

A few years back gasoline dropped below $1 a gallon during the pandemic. Back in 1982, when I graduated from high school, gasoline averaged $1.31 a gallon. The federal minimum wage was $3.35/hour. The minimum wage has more than doubled since then and that is not to brag about the generosity of a “minimum” wage.

Gas prices, except for the very recent week or so, has not been much over two times the rate back in the days when I was reaching the age of majority.  (That does not take away from some locations that experience higher gasoline prices than the national average consistently.)

Not all prices change at the same rate. Televisions have gotten bigger with more features for ever lower prices. Movie tickets feel like they have climbed more than the inflation average. Of course streaming has kept the cost of viewing at a relatively low rate. We could go on, but you get the idea.

One of the main themes of this blog is frugality. Simply stated, wealthy people usually get that way due to some level of frugality, sometimes even extreme frugality.

Frugality is the surest way to build wealth. Spend less than you earn and invest the excess is the only formula for financial abundance. (Unless you plan of winning the lottery or have good reason to expect a massive inheritance, in which case you don’t need this blog, you will need to engage some level of frugality.)

There are lots of ways to cut costs. A casual stroll around this blog will give you ample ideas. But the real value of frugality is a variable as prices.

Biking to work might be a good example. Let’s say you decide to bike to work when the weather cooperates. That can cut the wear and tear costs of vehicle ownership and cut fuel costs. Some costs don’t change, however. Insurance will have the same premium (some insurance companies give a discount for low mileage drivers) whether you drive or bike to work.

Now that gas has jumped to over $4 a gallon in a few weeks. That is a 400% increase in money saved if you bike compared to the depths of the pandemic.

Growing your own food is also a powerful way to increase financial security. Even in an apartment you can grow a variety of food plants. A window garden might provide only a modest amount of produce, but that modest fresh home grown food is worth $100 or more. That money invested with bring a lifetime income stream.

Many people are getting a wage increase. Generally wages and prices grow with at least a modest connection. If wages don’t keep up then price inflation will run out of steam when the consumer runs out of money to pay the higher prices. (BTW, that is how this inflation spiral will end, too. The Federal reserve will help this along by draining liquidity from the economy.)

The ways to cut costs are endless. Sometimes it involves sacrifice. Sometimes it is just a conscious review of your spending to find things you waste money on or that bring no utility (the level of pleasure or enjoyment).

Regardless what expenses you cut, they are worth more if prices are higher. If your income has climbed with recent inflation then you have a double advantage. Increased income coupled with lower spending is the seed money that powers your retirement dreams, building massive income streams that last a lifetime. 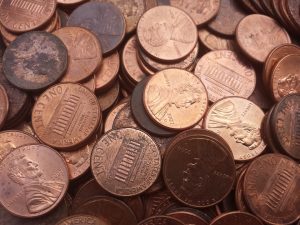 Frugal habits are the seed money of wealth. Even pennies add up.

When prices are relatively stable it is easier determining the right price for the product or services based on the quality provided. When prices are unstable (high levels of inflation or deflation) people tend to ask fewer questions about the higher price unless the increase exceeds the current inflation rate band. People get used to paying more every time they shop. That is the dangerous part of inflation; when it becomes ingrained.

Inflation is really a form of price instability. Consumers push back against rising prices as their budgets are squeezed. It is hard determining what a good price is.

To counter rising prices and to give consumers the illusion of value, manufacturers cuts corners. That is why the 1970s gave us the Ford Pinto, a name synonymous with poor quality at a supposedly cheap price.

When prices are stable the opposite happens. Businesses increase the quality, number of features or quantity to encourage sales. The competitive advantage comes from quality increases.

In short, stable prices encourage quality products and services while high inflation encourages business to cut corners to pay for higher and higher wages and input costs while remaining profitable. You can’t blame businesses, employees or consumers. They are reacting in a normal and expected way to changes in prices. Understanding the motivations of each group gives you the financial advantage.

Price instability can lead to bad buying and selling decisions. People desperate to sell to cover debt or maintain higher spending sometimes sell assets at prices based on old price levels from memory. Prices can be sticky. Some assets are hard to price in a changing price environment. What is the fair value of a used car? Or real estate requiring significant repairs?

There are more opportunities to buy and sell at favorable prices if you are in tune with what is happening in your area for prices of those assets.

Stocks gets rich valuations when interest rates are low. Sometimes too rich! The opposite happens during inflationary periods. When businesses get low valuations it is time to flex that frugality muscle and invest that extra cash in a broad-based index fund. You pick up quality pieces of great businesses and get to enjoy an additional income stream from dividends that tend to grow on average about 7% per year.

Remember, the fastest way to grow wealth is to buy at a discount and spend a lifetime enjoying the growing income stream. That is what retirement dreams are made of. Invested money grows, throwing off an income stream that serves you the rest of your life.

I was a minor when the 1970s inflation raged. Those a bit older than this accountant know better what it feels like to suffer rapidly climbing prices. I did experience the tail end as I entered adulthood. Mostly I felt the sting of high interest rates. My first home had a double digit mortgage rate. Paying that sucker off as fast as possible was the easiest way to wealth back in my day. (When I wasn’t walking uphill to school and back in 18 feet of snow drifts, even in the summer.)

From the 1982 low to the August high in 1987 the market rocketed something around 300%. Of course the people with lots of shares of their mutual funds at the starting line did well. Trying to accumulate on the way up works, only to a lesser extent, as you buy fewer shares as the market climbs.

It was a lesson I never forgot. From that time on I wasn’t interested in timing the market. The goal was to accumulate shares and capture dividends. Who cares what the market is doing on a daily basis? I want more ownership of those businesses! I want more of those profits, as in dividends!

People did well during the multi-decade market climb. Things might be more difficult until price pressure deflate.

It is unlikely the market has priced in the higher interest rates coming. That is not an excuse to time the market. Take the lesson from the unnamed early retiree I chanced to cross paths with in college: accumulate shares and keep accumulating shares. Keep the dividend stream growing. When you reach the other side you will be well prepared to grow your wealth at obscene rates.

Growing wealth will be more difficult for a while, if history is any guide. Profits will be harder to come by if you stick to what worked in the past three decades when inflation was low and interest rates falling. I provided a few new ways to think about money when inflation plays a role.

You need to take proactive steps to control your budget and grow your wealth. The opportunities are just as great, only the source will be different. Saving and frugality can be easier and certainly more valuable. Excuses will not cut it!

It will be an interesting journey. Let me be your guide.

Great article, Keith! As always, the best advice is "keep calm and carry on", which is exactly what I intend to do.

Remember, the one running around screaming rarely turns out well. Always be aware of your surroundings. Think instead of reacting. It goes a long way toward to building the life you want.

Based on this inflationary environment and high stock prices, what would your ideal portfolio look like in terms of asset allocation? Assuming one is already covering one's expenses with income, so just the pure portfolio for best long-term growth?

Charlie, I am very reluctant to time the market. My guess is the market will have a bit of a rally as the war issue becomes less acute. Inflation and interest rates will then take control. Interest rates climbing do not always have an immediate effect on stock prices., but if they do it can be powerful.

Dividend stocks tend to do better during times of inflation and climbing or high interest rates.

Rather than timing the market, the focus should be on your personal needs. I published on this some time ago where I discuss age and time to retirement as a guide to how much you should keep in cash.

For the record, I have not made any substantial sales of investments. I did buy some PEP. It really is a steady as she goes environment if you already have expenses covered. My dividends easily do that. Income from my business and dividends are eventually reinvested.