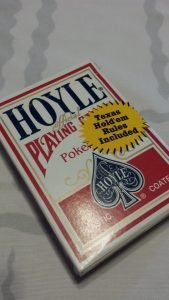 Last year I inherited a client with 23 years of unfiled tax returns. Normally I enjoy multiple years of unfiled returns. The extraordinary number of years in this instance put me at risk of potentially preparing a tax return by hand for the early years and the tax return contained rental real estate, a trucking business and a farm. I have an allergic reaction to preparing tax returns by hand; it brings up memories of my early days in the business.

The exact year eludes me when we converted the office to 64 bit computers. Old tax programs only run on 32 bit systems so I keep an old computer at the home office for just such an occasion. I had to check the old computer to see if I still had a tax program available all the way back to 1992. I breathed a sigh of relief when I found I did.

The box of paperwork for all 23 years was huge. I lugged it upstairs and fired up the antique computer. The hamsters took a while to get up to speed, but it felt good to visit an old friend. The tax returns peeled away, one after the other, until it was break time. Rather than take a walk I decided to see what goodies I had hidden on the old desktop tower.

A familiar icon was tucked in the lower left corner of the screen; a blackjack game created to mimic real life casino play. The program was built to train card counters and I acquired the program due to a fluke accident.

Back in the 1990s a client walked into my office with a story I never heard before; he made a living playing blackjack. From his tax return he did very well playing. Before long he shared with me the card counting method. Numbers intrigue me and beating the casino by using your grey matter appealed to me. (Call it a sickness.)

Stanford Wong is a household name among the card counting community (at least he was back in the 1990s). My new client introduced me to Stanford and a group he gathered called BJ21. Through Stanford I acquired the blackjack game mentioned above along with several methods of card counting. The game was addicting and I soon mastered the art of card counting without even thinking about it. I also discovered another card playing skill; I can remember the exact cards already played. I developed the skill by accident. From age twelve I started playing a game called sheepshead with family; we still gather every Friday night (family and neighbors) and play the awesome game found mostly in Wisconsin. In sheepshead it is necessary to remember what has been played, hence my blackjack skill.

Before long I was on a plane to Vegas to meet the gang at BJ21. What an eclectic group! One guy made a good living sports betting, several others playing poker. Everyone in the room played blackjack for profit. Several teams were in the group. (Team play was getting hard by the time I discovered card counting because the casinos changed the rules to prevent teams from coming in and walking out with millions, which they did.)

After dinner the group had a card counting contest and I won. It seems the guys thought I was a natural. They started testing me to see how good I really was. Just like sheepshead back home, I remembered the cards already played. The guys at BJ21 could not let this pass. We were off to real life blackjack, just like the computer game.

I knew before I left for Vegas what would be expected of me. I was already financially independent at the time and felt the experience was worth a $10,000 bankroll for the blackjack experiment. As any card counter will tell you, a $10,000 bankroll has a real possibility of going bankrupt due to an ugly beast called variance. Just like a gambler can go on a roll even when the odds favor the casino, variance can deplete your bankroll before the law of averages takes over. I was unwilling to lose more. In business I threw away $10,000 on ideas that did not work and that is what I considered my blackjack venture. If the $10,000 went bye-bye I had no intention of going back for more. 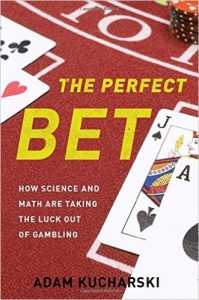 The BJ21 guys found a nice single deck game on the Strip. Three of us sat down while the rest watched. The thing about card counting is that when you count you change your play and your betting as the cards are played. You start with a small bet: $25. If the count goes up you bet more, if it goes down you keep the bet small. It is the direction the count is going that determines your winning percentage. When the count is high it is more likely good cards come out, lowering the count.

I knew how to play blackjack and I knew how to count. I also knew the only way to make real money playing a singles game was to bet wildly. With three people at the table we played either two or three hands before the deck was reshuffled. I bet $25 to start and $500 when the odds favored me. Variance did not rear her ugly head. The BJ21 guys kept smiling at me when I bet such a wide range. Little did I know how much casinos hate card counters. Before the night was over I was invited to never return to the casino. I was banned!

Since I had attained financial independence at such a young age and since my job was three months a year with plenty of free time nine months of the year, I engaged in projects that amused me. For two years I flew out to Vegas perhaps fifteen times. The money was good, but the travel and casinos were hell. There are still a half dozen casinos I think would arrest me if I set foot on their gambling floor. The casinos changed their blackjack game to 6-5 from 3-2 for blackjack payouts and ruined the fun. The odds were too stiff to make it worth my while so I stopped going to Vegas.

The local Indian casinos were a different story. The best part was they did not care if I counted cards. They loved the idea of other people seeing me play and winning, thinking they could copy my style. They couldn’t. Maybe once a month I would run to the casino and play cards for four hours or so to pass the time. I did this for another year before I quit.

I share this story because it illustrates the issues surrounding financial independence and early retirement. Growing up on a farm was a full-time job. After high school I worked one year as the custodian at a church before quitting and starting my tax practice. All, except for my youth and one year of adulthood, I have worked about two and a half month per year with plenty of free time to read, play and satiate my curiosity the remainder of the year.

Once I stopped running to Vegas I no longer had a group of friends to commiserate with anymore when playing cards. It was then I discovered how much I hated sitting in a casino. My $10,000 penetrated deep into the six figures in value over the three years I played. And I knew I was playing for money only; I was a chump.

Casinos are noisy and the smoke aggravates my lungs. It was time to say goodbye to the card game. I still had sheepshead with family and neighbors so the best part of playing still existed for me.

I always wanted to retire early (or never work at all). I had great ideas as a kid. Business was in my blood; still is. My accounting practice is not about money; it is about something to do, a place to go to from time to time.

You are like me in so many ways, I can tell. You think about financial independence and early retirement, but what then. Travelling gets old after a while for most of us. Work provides social interaction. Even during the summer when I have no reason to go to the office I still show up. It is always nice to talk with employees and clients. Then I bike back home, a fifteen mile ride.

Let me share a few guidelines I use due to early retirement:

I Won the Powerball Lottery! | The Wealthy Accountant

[…] on each throw of the dice, but the edge goes to the house and the more you play the more you lose. Never mind that your favorite accountant used to play blackjack and win. It’s called card counting and gave me the edge. Until the casino turned into a sore loser and […]

The Anatomy of Wealth | The Wealthy Accountant

[…] is not a gambler; neither am I. As small a prize as the coin was, Pinky still wanted it. It was shiny. That was it’s value […]

[…] When you consider the tax implications of a casino win you might want to think twice about gambling. While I’m not a fan of gambling, since it isn’t conducive to financial independence, I still understand some people enjoy casino games as a form of entertainment. A certain accountant once tried his hand at card counting to reasonable success.  […]

Tradelines: The $1,000 an Hour Side Gig | The Wealthy Accountant

They simply go through the value of that and nothing more.